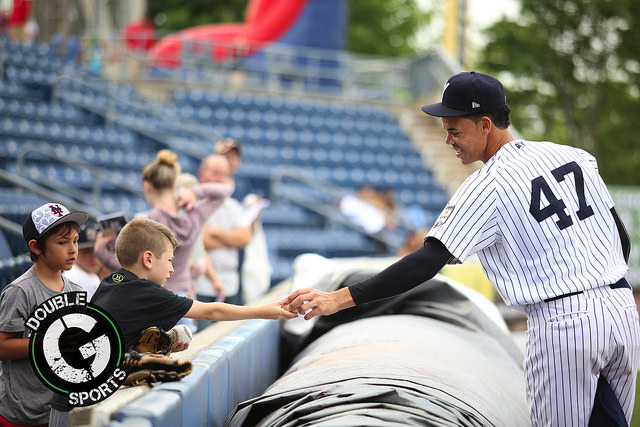 After easily winning the first two games of the series against the Batavia Muckdogs, the Staten Island Yankees were in prime position to sweep. However, the baseball Gods did not draw it up that way as they would fall 6-0, to end their five-game win streak.

The Yankees were doomed from the start as they trailed 5-0 as early as the 2nd inning. They were not able to get any runs across. Three of the Yankees five hits came from Dom Thompson-Williams, as he went 3-for-4 on the day.

Freicer Perez would receive his 4th loss of the season in this one as he allowed fou runs of 2.2 innings.

The Yankees are now 39-28 on the season. They still remain 1.5 games ahead  of the Connecticut Tigers for the wild card. The division seems to be out of reach as Hudson Valley has a commanding 5.5 game lead, due to their 12 game winning streak.

With only eight games remaining for the season, the Yankees have a crucial series coming up against Connecticut. This series can make or break their season, so they must come out with the energy we saw during their 5 game win streak.

The Yankees are 23-11 at home so they should have an advantage in this series. Game time is set for 7:05 PM.