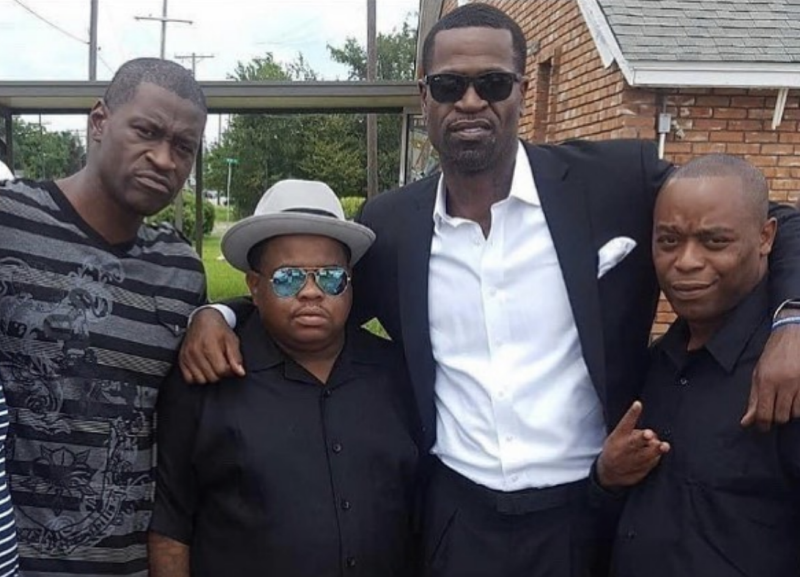 Stephen Jackson, the NBA Community, Demand Justice for the Murder of George Floyd

On Friday in Minneapolis, former NBA player Stephen Jackson attended a rally to speak out on the death of his “brother,” George Floyd. Floyd was senselessly murdered by a Minneapolis police officer, Derek Chauvin, earlier this week. Since then, the black community has been in a stage of rage and mourning, with protests breaking out.

Jackson’s speech praised the life that Floyd led as a provider and protector. He discussed the anger that black people have experienced due to police brutality in this nation. Most notably, he spoke about the strength of the community and how such strength is required for the black community’s survival.

George Floyd was not an anomaly in a normally well functioning machine. His murder was the result of a broken system failing once again. Black people in this country are no stranger to such injustice and neither is the basketball community. The fight for civil rights goes seemingly hand in hand with the development of the NBA.

Basketball and Fight for Civil Rights

Bill Russell won his titles in the midst of Martin Luther King Jr. fighting for equality. The rivalry between Magic Johnson and Larry Bird was defined by the racial tensions that divided the nation. While America dealt with the fall out of the criminal law policy of “three strikes,” Michael Jordan was praised as the greatest to ever do it.

In 2008 with the election of the first black President in American History, the US Olympic team won the gold medal in Beijing. Throughout the 2010’s, NBA superstars like the late Kobe Bryant, LeBron James, and Kevin Durant were told to “shut up and dribble” as they advocated against police brutality. Now, the NBA players (former and current) have stood up against hate once again, looking for the support of their fans in their crusade for justice. Stephen Jackson is not alone in this.

When racial disparity erupts, the first voices that emerge are NBA superstars. Their continued push for justice has led to continued support for the fight for change. Bill Russell didn’t have the ability to open a school for inner city youth, but because of Russell’s legacy and efforts, LeBron James was able to have the ability to educate the youth. NBA players now more than ever have the ability to use their voices to speak up for the voiceless, and people are listening.

Pretending that racial disparities do not exist make a person as guilty as those who oppress. While the entire police force isn’t at fault, the fact that Chauvin had 17 prior complaints of police brutality before this murder shows the danger in turning a blind eye. As Edmund Burke once said, “Evil Triumphs when good [people] do nothing.” His words still ring remarkably true. This isn’t the time for NBA fans or anyone else to sit on their hands or simply write a post asking for change. It’s time to demand justice by standing up and standing in solidarity.

It is no secret that we live in a broken world with broken people. Yet, broken doesn’t mean irreversibly damaged. It means that there is a need to resolve the issues that plague our society. There has never been a time to shut up and dribble. There has never been a time to remain silent while members of our society are killed for the color of their skin. If you are unsure on how to help, there are resources to facilitate a demand for justice, such as https://www.justiceforbigfloyd.com/ or https://act.colorofchange.org/sign/justiceforfloyd_george_floyd_minneapolis/.

George Floyd didn’t deserve to die. Stephen Jackson didn’t deserve to lose his friend. The black community and minorities across this nation deserve better. No amount of petitions will bring back those who have been lost to police brutality. However, with courage and a heart to do what is right, we can begin the healing process that will lead to a better tomorrow.