PGA Championship Week at Baltusrol Golf Club in Springfield, New Jersey officially begins Monday, July 25, but this weekend the public will have a chance to beat the rush to buy merchandise prior to the tournament.

No tickets or credentials are required for the public to attend and FREE parking is available inside of Gate 1 at 498 Hillside Avenue in Springfield (make a right off Mountain Avenue at the light and go straight).

The shops are just a short walk from the main spectator entrance at Baltusrol from Hillside Avenue.

Fans not only will be able to choose from 11 merchandise licensees for just headwear and apparel, but they can:

“The official structure for these shops was completed during the third week of June, and within a span of 30 days, everything was completed and set last night (July 19),” said Mike Quirk, Senior Director of Merchandising & Licensing at PGA of America.

Additionally, the Championship Shops will feature the launch of the 2016 U.S. Ryder Cup team uniforms.

Other cool numbers to marinate:

So, before the onslaught of golf fans and personnel head to the final major of the season, stop by this weekend to get the best of the best in PGA Championship gear and take home a memory and some pretty cool stuff that you will enjoy for many years to come.

Special thanks to Mike Quirk (Senior Director of Merchandising & Licensing at PGA of America) for the sneak peak tour! 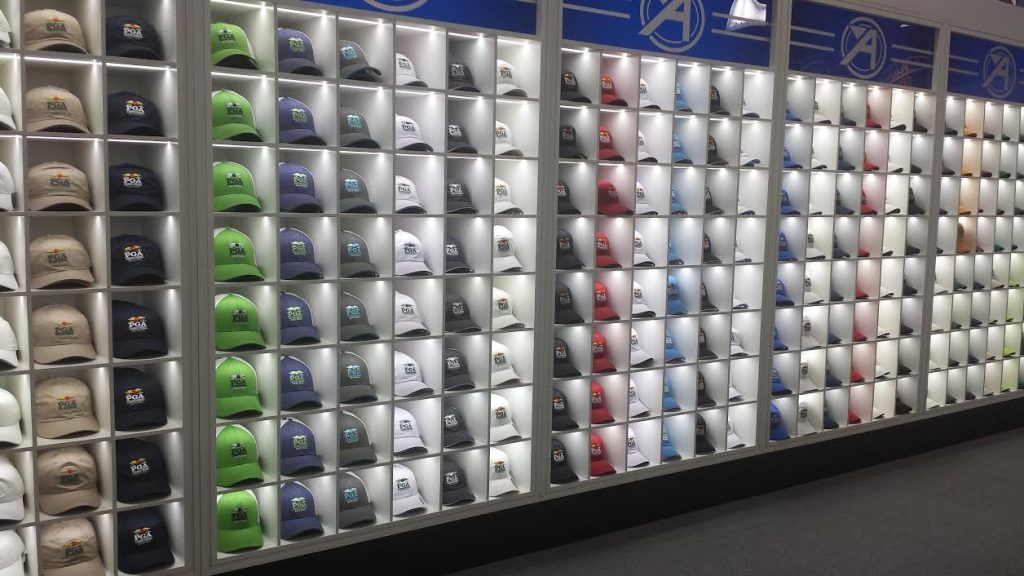