Hideki Matsuyama won the Title at the Masters:

This Sunday history was made. Professional golfer player Hideki Matsuyama has won a golf major, becoming the first Japanese man to achieve this title. Hideki has been playing golf since he was four years old by his father, who introduced him to the sport. Hideki picked up the sport fairly quickly and has been playing ever since.

In 2011, Hideki won the championship at the Japan Golf Title when he was an amateur. At the age of 21, Hideki was a pro at golf and on his home tour, he won again for the second title. In total Hideki has won eight JGT titles, and also in 2016, he won the Japan Open. He is top 10 ranked in strokes, and he is the only golfer to accomplish this. Hideki is only the seventh player in Masters History to earn low-amateur honors, and now he has the exclusive green jacket.

Only the best of the best get to wear the honorary green jacket. The green jacket is for members of the Augusta National, and players who won the Masters. This jacket symbolizes the greatest achievement in golf, and the jacket now belongs to Matsuyama.

The Olympics are just around the corner, and it is good timing for Hideki because it will be in his home country in Tokyo, Japan. Hideki possibly will carry the Olympic flag while wearing his green jacket. 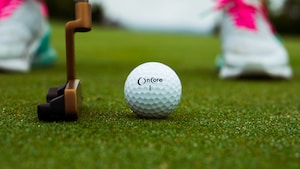 Photo by Peter Drew on Unsplash