Amar'e and Fields Honored, While Walsh Hints Return Next Season

The league had announced their All-NBA teams, and Knick captain Amar’e Stoudemire was included in the list.

Amar’e earned his fourth All-NBA Second Team selection as a center.  In the last three Second Team selections he has received, Stoudemire has been outvoted by only Dwight Howard.  I don’t see any other center taking that First Team selection in the next few years.  However, I cannot understand why Amar’e was placed in the ballot as center, when he played at the power forward position for most of the season. It is most likely that there weren’t a lot of centers that received enough votes to even compete with anyone in the Third Team selections.  Al Horford was chosen for that team.  He does play center for Atlanta, but he is undersized for his position.

Stoudemire definitely deserves this honor.  From the beginning of the season, his spectacular performances had his name being mentioned in the race for the MVP.  He also set a franchise record of nine straight 30-point games, surpassing Willie Naulls seven consecutive games in 1962.  But Stoudemire’s play hit a speed bump after Carmelo Anthony arrived in New York.  They both built a great chemistry as the season progressed, but his numbers dropped a bit due to having another fellow All-Star by his side. 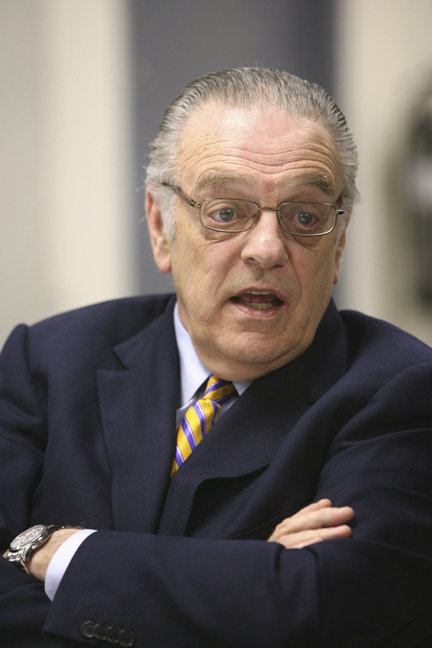 Donnie Walsh was asked about his reaction on Amar’e honor, and Carmelo not being a part of the selections.  He replied, “I have no comment on these teams, I am just happy both players are Knicks when we begin the season next year.” Donnie sounds confident that he will be a part of the team for the 2011-12 season.  There are rumors that his deal would be finalized in the coming weeks.

The Knicks’ sensational rookie, Landry Fields, has received the NBA’s All-Rookie First Team honors.  His selection was no surprise at all.  He was definitely the sleeper pick in last year’s draft.  He caught enough attention to be in the race for the Rookie of the Year Award.  Even though Blake Griffin may have won the award unanimously, some argue that if Blake hadn’t been considered a rookie this year, Landry would have won it.  But in my opinion, Blake was in a category of his own.  He played more like a veteran, and people had anticipated this since he was in high school.  As for Fields, his performance was definitely unexpected.  He wasn’t even under the spotlight in college, because he played with the Lopez twins in Stanford.

It’s nice to see the Knicks a part of these honors again.  The last Knick to receive the All-NBA team selections was Patrick Ewing.  He earned the Second Team spot during the 1996-97 season.  Channing Frye was the last Knick selection to the All-Rookie team.  He was included into the First Team during the 2005-06 season.