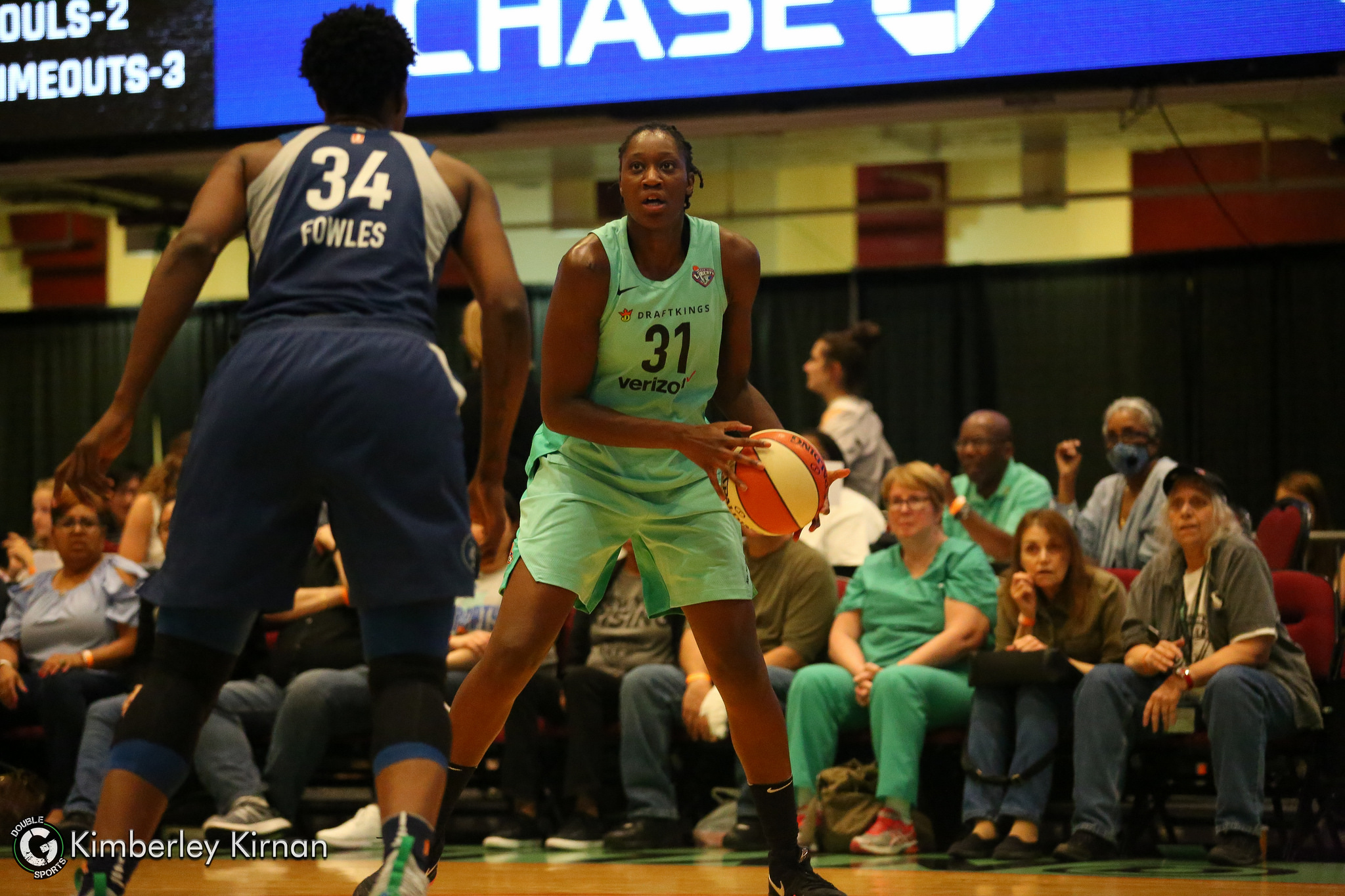 WNBA franchise has been for sale since November of 2017.

The WNBA regular season is set to begin in May. The New York Liberty are once again scheduled to play their home games at the Westchester County Center. However, that could now change.

According to reports by The Associated Press and other news outlets, Brooklyn Nets minority owner Joseph Tsai is leading an investment group that is close to a deal to purchase the Liberty from current owner James Dolan. There have been several close deals since Dolan put the team up for sale in 2017, but this latest one could be finalized in a week or so.

The Liberty had their home games moves to Westchester as a cost saving measure. While costs were saved significantly, the drop in attendance was astronomical. At Madison Square Garden in 2017, the Liberty were fourth in the league in attendance. Last season, attendance dropped to last in the league.

Combine bad attendance with struggling play on the court, and the recipe does not add up. The Liberty finished last season, the first under head coach Katie Smith, with the second-worst record in the league. They have the No. 2 overall pick in April’s WNBA Draft.

Tsai is a 49 percent owner of the Nets.

There has been no official reports on where the potential new ownership group plans to have the Liberty play their home games, but Barclays Center seems to make the most sense. With the 2019 schedule in place and dates set, is it too late for that to happen this season? A realistic option may be to have the team play at the Nassau Coliseum, home to the Net’s NBA G-League affiliate, Long Island Nets.

The WNBA and New York Liberty have great potential to succeed in NYC. Smith has a roster full of some young talent in the likes of Bria Hartley, Kia Stokes, and Kia Nurse, and Brittany Boyd, to go along with veterans Tina Charles, Kia Vaughn, and Epiphanny Prince.

A new ownership group that is willing to put passion into the team could go a long way in getting the Liberty back near the top of the pack in the WNBA.

Baseline Jumper, Episode 59: Bye Bye Thibs and Hello KG?
Could Enes Kanter Be On His Way Out Of New York?