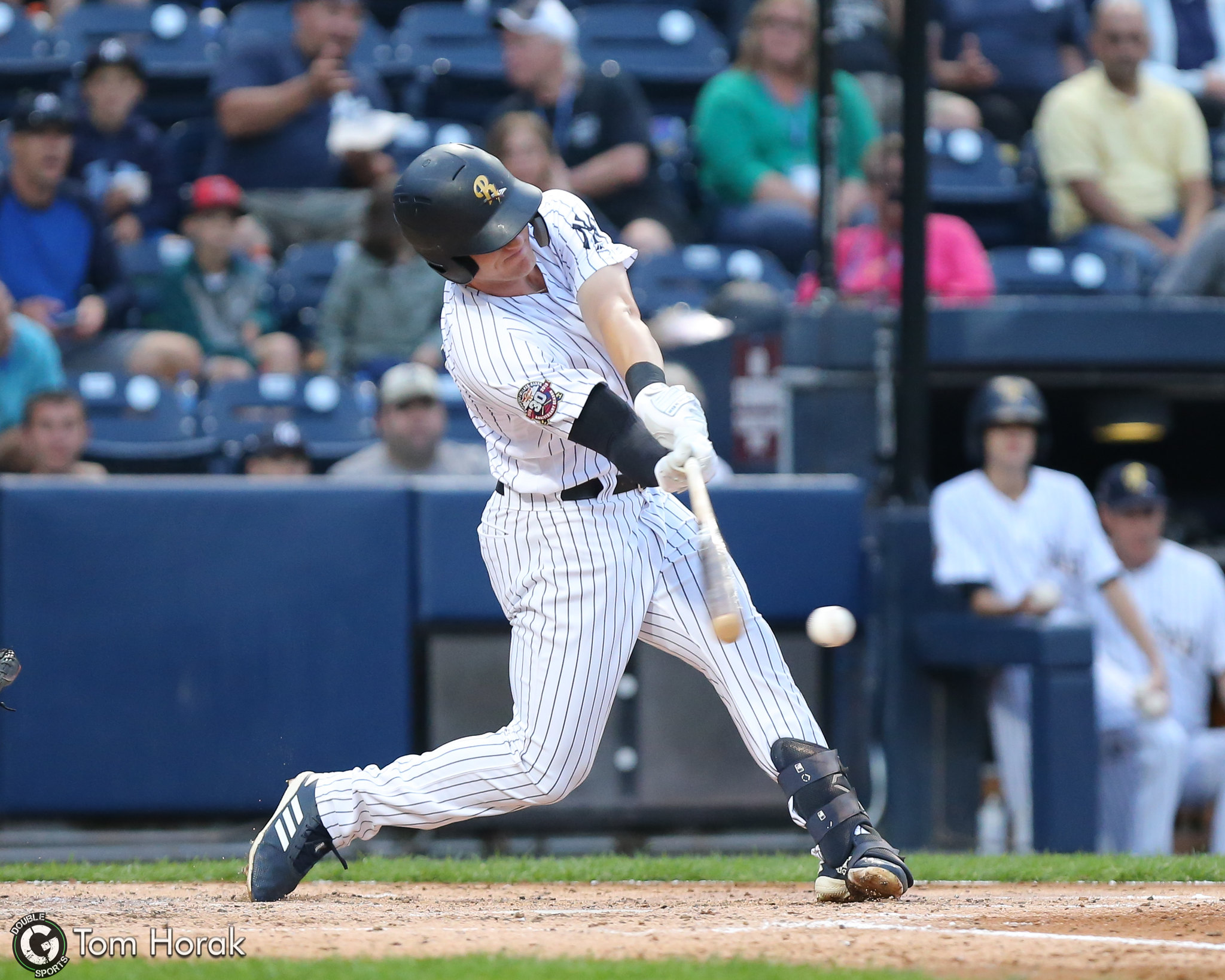 Moosic, Pa. – In what was their eighth walk-off win of the season, Scranton/Wilkes-Barre managed to split the doubleheader in comeback fashion during Friday night’s game against the Rochester Red Wings.

The two teams were locked into a 1-1 tie until the top of the seventh when Rochester took a 3-1 lead. However, it isn’t over until the last out. Billy Burns began the comeback in the bottom of the seventh with a single to left field and then crossed home plate on a Ryan Lavarnway RBI double towards the same exact spot. Another RBI double followed right after by pinch-hitter Kyle Higashoika, effectively tying the game and forcing extra innings.

The Red Wings piled on three more runs in the top of the eighth inning, but SWB refused to quit. Thairo Estrada began the inning on second base, as is the rule for extra innings in Triple-A ball. Back-to-back singles by Ryan McBroom and Breyvic Valera allowed Estrada to reach home and become the first run of the inning. Trey Amburgey and Zack Zehner each collected RBI singles to tie the game back up in the bottom of the eighth.

The game-winning run came after Rochester pitcher Jake Reed intentionally walked Billy Burns, allowing Ryan Lavarnway to come up to the plate. Lavarnway hit a sacrifice fly towards left field, which allowed Amburgey to score the final run. SWB won by a final score of 7-6.

J.P. Feyereisen got the win in the second game of the doubleheader.

Rochester took the first game of the two game set by a score of 4-2.