Drury Returns to Rangers in a Player Development Role 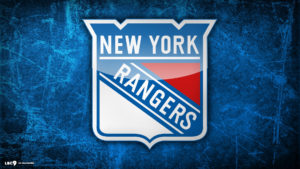 In his time playing hockey Chris Drury won just about everything there was to win. Now he is giving all of that knowledge back to the game he loves — Drury has been appointed the Director of Player Development for the New York Rangers, the team he spent four years with, three as captain.

Drury, talking to BlueshirtsUnited.com had this to say about his new appointment: “It’s a position that really excites me, helping prospects and kids in Hartford and all our young players hoping to make it to the NHL. There’s such a fine line if you make it or not because there are so many great players in the game. Sometimes, though, there’s just a little bump you need to get over in order to make it, and in this position it excites me to hopefully help those kids get better and better for the New York Rangers.”

Though the Rangers never won the cup with Drury on the team, there’s no doubt his presence and leadership was essential to the growth of some of the younger guys like Derek Stepan, Ryan McDonagh (current Rangers captain), and Mats Zuccarello as the 2014 Rangers team made their first Stanley Cup Final appearance in 20 years. Drury was also captain of the Buffalo Sabres prior to his signing with the Rangers, showing he has immense leadership capabilities making him perfect for this position.

In addition to his hockey accolades, Drury also has a Little League World Series title in his trophy cabinet showing he’s been a winner almost his whole life.

On September 10th Drury will formally step into his new role in the background of the hockey world. It’s perfect timing for the Rangers, before they head to Traverse City for their yearly tournament.