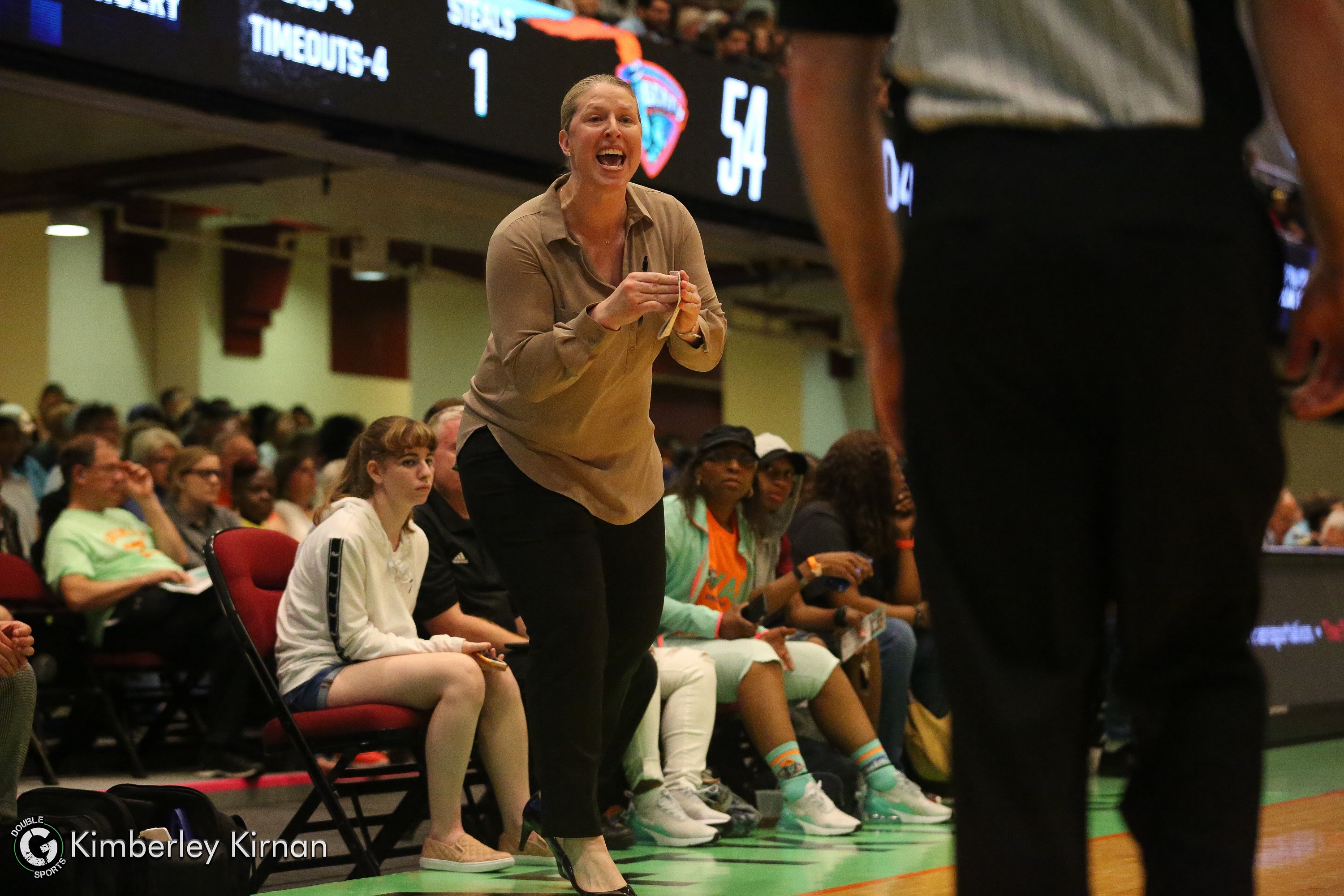 The New York Liberty have been nothing short of inconsistent. Their latest showing proves that theory to be correct.  WNBA current front-runner to win league MVP Elena Delle Donne simply carved up the Liberty en route to a 95-78  Washington Mystics’ win on Saturday.

For the third time this season, @De11eDonne scored at least 30 points in a game. @KristiToliver provided 19 points and 8 assists in the victory #WatchMeWork pic.twitter.com/vxYyHTSeiV

“It definitely helps the spread the floor better when I’m hitting shots,” said Delle Donne, who also had 10 rebounds.

New York (7-17) tried to get back in the game behind rookie Kia Nurse, who had eight straight points during one stretch to get the Liberty within 11. But that’s as close as they could come.

“Excellent effort in the fourth quarter by all who came in,” Liberty coach Katie Smith said. “. Maybe we can bottle that up and get four quarters of that.”

End Of a Playoff Run

New York is all but assured of missing the playoffs this season after making the postseason the past three years.  The Liberty are now five games out the WNBA’s final playoff spot with ten games left to play.

“It’s going to be rough to try to get in,” Smith said. “But I think for us, it’s going out every night and being proud of what we did that night and proud of how we played, proud of our effort. It’s tough to win in this league anyways.”

Good Stats But Simply Not Enough For The Liberty

Tina Charles scored 22 points, including her 3,000th in New York. Sugar Rodgers added 16 for the Liberty. Kiah Stokes tied the franchise record for career blocks, equaling the mark of 155 set by Sue Wicks of 155.

Charles continues to be a constant professional and a leader for a team that simply can’t find it’s way. Charles will be the only Liberty represented at next weekend’s WNBA All-Star game.

The New York Liberty are in dire need of this All-Star break. Unfortunately, they will have one more game before the break in Minnesota on Tuesday night. They’ll look to avoid a season sweep at the hands of the defending champions, previously dropping an 85-71 decision at Target Center on June 16th.