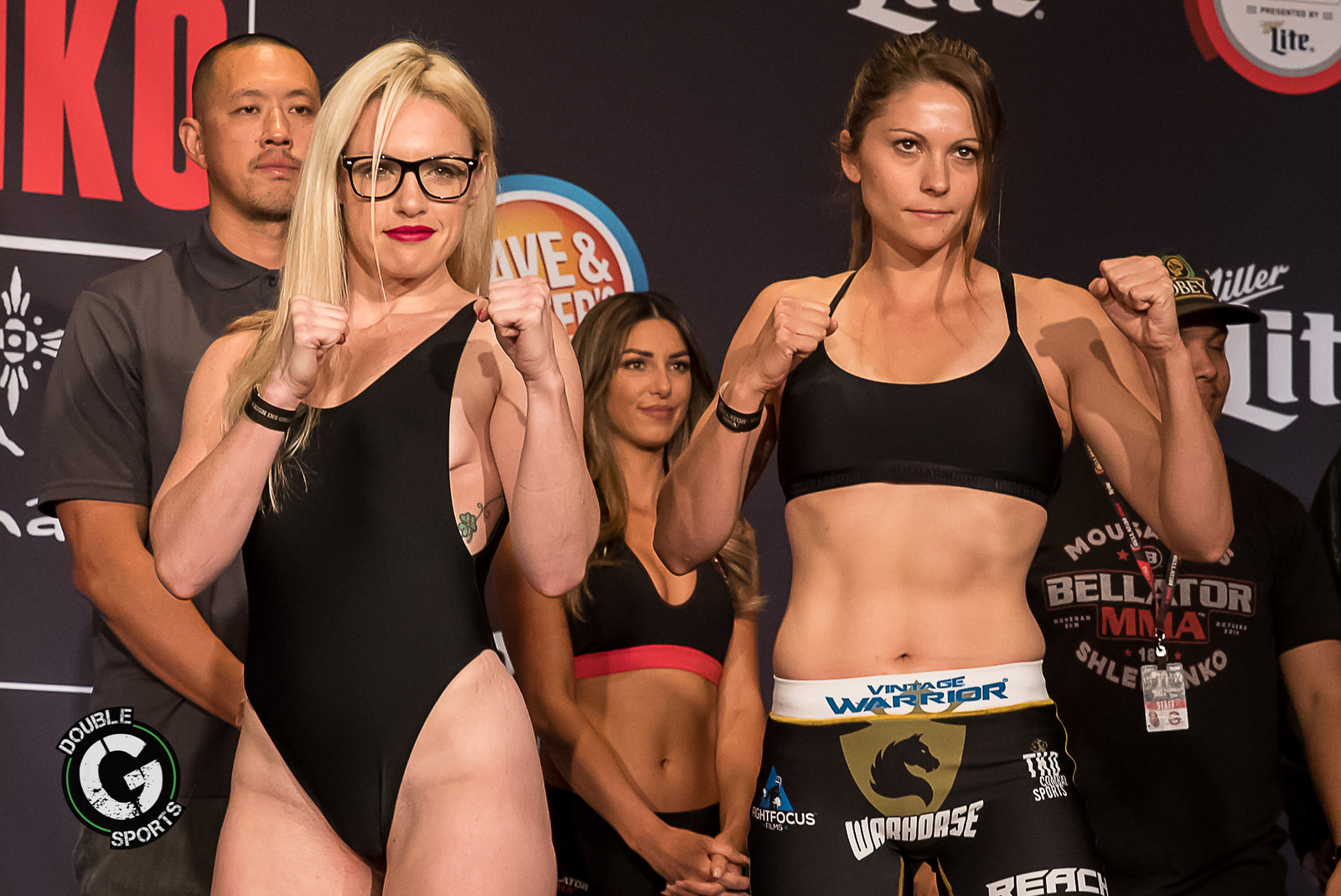 Fighting Words: Bellator is Giving Hardy the Credit She Deserves

The MMA promotion is giving Heather ‘The Heat’ Hardy the long-awaited praise she deserves.

Who would of thought undefeated women’s boxing champion, Heather Hardy, would get the respect she deserves in MMA, but not boxing?

Since making her mixed martial arts debut at Bellator 180 in June, Hardy has been the rising star of the female flyweight division for Bellator MMA. With an impressive won over Alice Yauger in her debut, and an even more impressive post-fight interview, Hardy looked right at home in the MMA world.

Hardy, 35, has been featured in a lot of the promotional material for Friday night’s Bellator 185. Why? Because she’s not like the cookie cutter female fighters (yeah, I’m going to say it) that we see a lot of. She’s an established champion in boxing. She has the look, but doesn’t make that the main reason you should be focused on her. She’s a role model and a mother. It’s about time that a promotion acknowledged it.

If you look at the reason why Hardy chose to enter the MMA world, it makes you give major skeptical hippo eyes at boxing. At the time New York was dealing with major insurance issues for professional fights, putting boxing on hold in Hardy’s home state. In need of an income, she decided to open up her skill range and enter the world of MMA.

Regardless of the issues New York was having at the time, Hardy has never been given the respect she deserved in the ring. By her opponents? Yes. But by the boxing world and big-time promotions? No.

Entering MMA was arguably the best decision she could of made for her combat sports career.

The proclaimed ‘First-Lady of Boxing’ has a following you don’t see regularly in women’s boxing. When she enters the ring at the Barclay’s Center, you hear her friends and family. You feel the support. Unfortunately, you only experience this if you’re there, and there early. She usually gets featured as a swing bout or on the untelevised prelim card.

By no means am I trying to talk down on boxing. She built her legacy in that ring and I’m not disregarding that at all. But maybe the push into MMA was destined for Hardy. Actually, no. I’m positive Hardy was destined to enter the cage. Now before you all go, “Kristine, calm down she’s had one fight.” I’m not saying she was destined on her fighting skills alone, I’m saying she was destined because she is getting the recognition she deserves.

At Bellator 180, Hardy’s bout was featured on the SpikeTV prelim card, prior to the Bellator NYC pay-per-view. Friday night, she will be featured as the third-bout on the Bellator 185 main card, televised on SpikeTV. So far, we are two-for-two in a sport that has welcomed Hardy and what she brings to the table. This is in addition to multiple social media posts, media appearances and interviews she has been featured in.

Win, lose or draw, Friday night will be a huge night for Hardy. She has growth in the Bellator cage, and open possibilities to what will be next.

And not for nothing, when you have ex-opponents ambushing your weigh ins, you know you’re doing something right.

Catch Bellator 185 live from the Mohegan Sun Arena in Uncasville, CT this Friday night starting at 9 p.m. EST on SpikeTV.

Gegard Mousasi’s Own Path to Greatness Starts at Bellator 185
Even in defeat, Connecticut’s Vinicius de Jesus has a bright future in Bellator MMA
Posting....