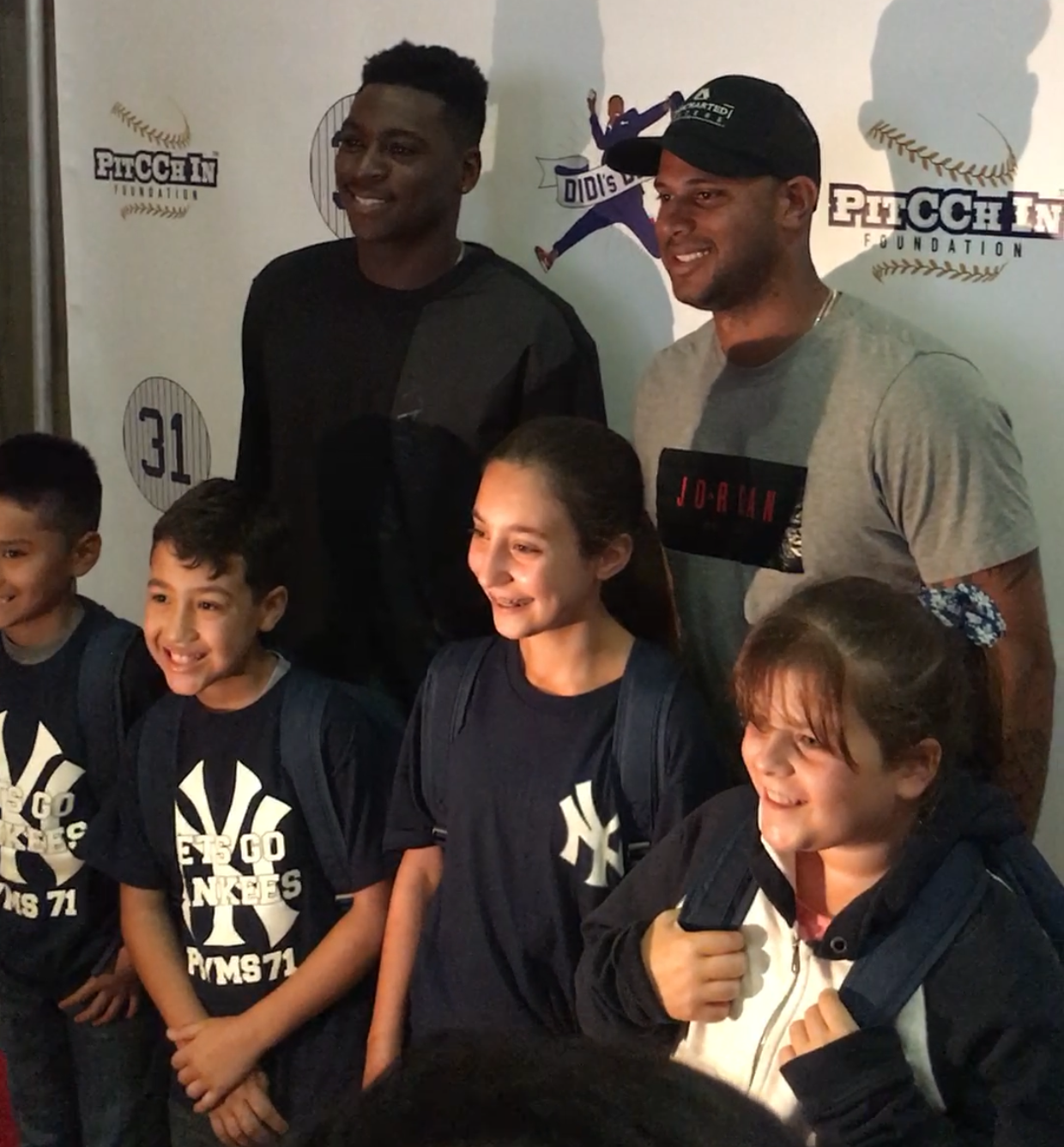 Gregorius, Hicks Pass Out Backpacks to Bronx Youth with PitCCh In Foundation

BRONX – It was not your average school day at Public School 71 in the Bronx Friday morning. The PitCCh In Foundation hosted a “Welcome Back to School” assembly. Visitors included two of the most loved current Yankees, Didi Gregorius and Aaron Hicks. As you can imagine the elementary school was filled with as much energy as a ninth inning. 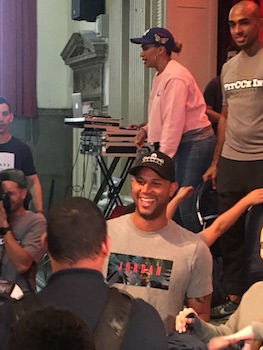 The two were there to support fellow teammate CC Sabathia’s foundation in distributing backpacks and partake in a meet and greet photo op with the kids. When asked about the program, “It’s really important,” Gregorius said. “That’s something you get a lot of chances to do, but CC has an excellent foundation, so I just thought of being apart of it, but it’s always a good time to give back to the kids.”

The PitCCh In Foundation’s backpack program was created to help lessen financial burden for parents and guardians of children who are in need of school supplies and book bags at the start of the school year.

Amber, CC’s wife and Vice President and Co-Founder of the PitCCh In Foundation, explained that this was her first time visiting Public School 71, but she has been to several other schools in the Bronx to help kick the school year off right. The couple has been enriching the lives of inner city youth since 2009.

The PitCCh In Foundation also has a strong presence in the Sabathia’s home town of California as well. CC’s mother, Margie Sabathia-Lanier, represents PitCCh In by distributing backpacks filled with school supplies such as crayons, markers, hand sanitizer, pencils and erasers to all first and second graders in the Vallejo City Unified School District. Between the West and East Coast, the foundation has already given away 45,000 backpacks to children.

Some of the other programs the foundation is proud to take part in is an All-Star baseball clinic with MLB players, both former and current and baseball field renovations. “They’re our future,” Hicks said. “They’re the ones that are going to change things, and I think it’s important that we take care of them.“

There is no doubt that the work of this charity has taken care of the kids and continues to do so in so many ways.