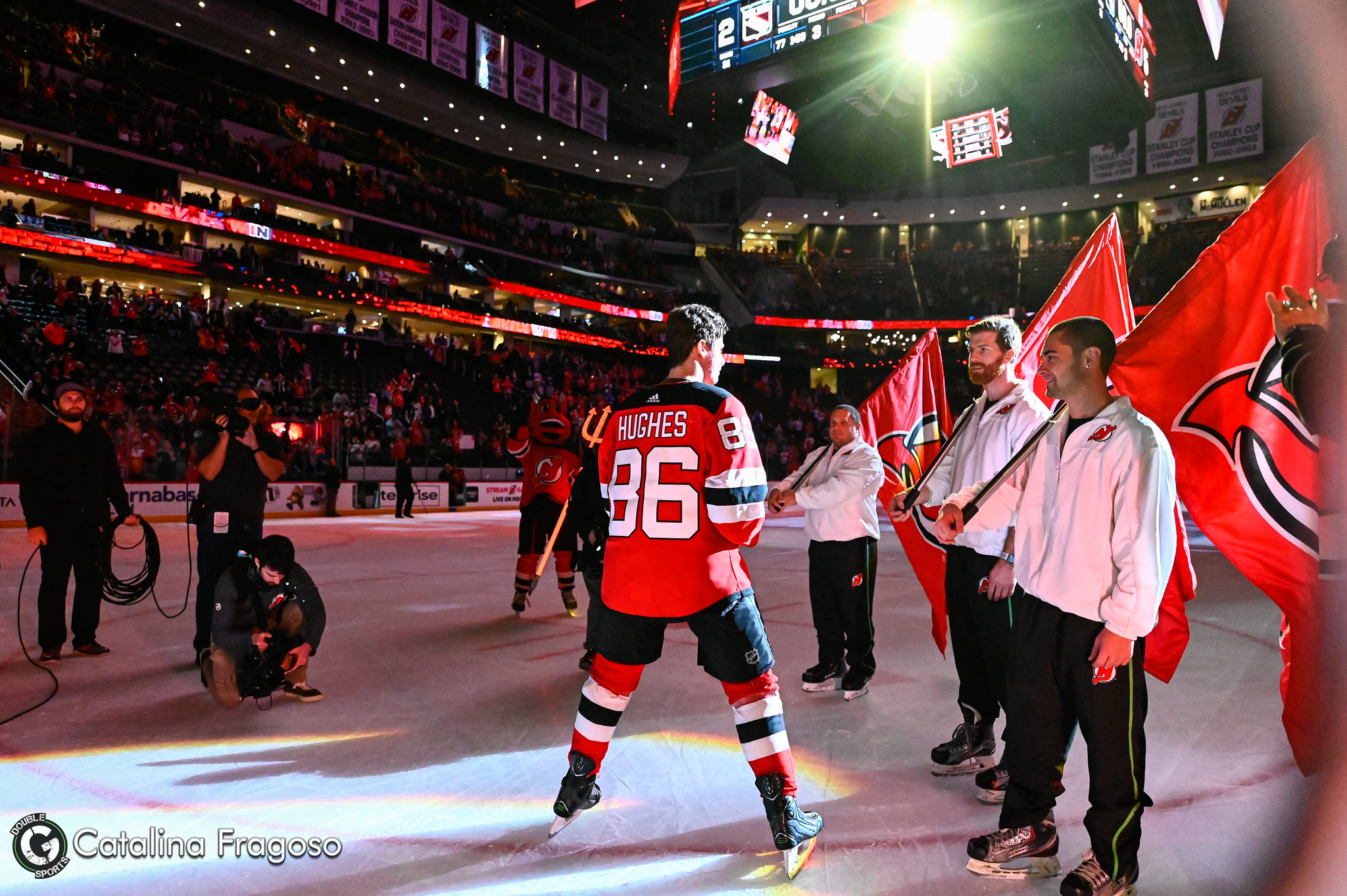 Sorry Mr. Rosen, I have to say this: the waiting is over!

For the first time this season, the New Jersey Devils won a meaningful hockey game. The 5-2 victory, which came at the expense of the New York Rangers, seems to have lifted the weight of the world off of the shoulders of the players, coaches and fans.

With expectations at an all-time high for a Devils team that was said to win the offseason, the sluggish 0-4-2 start left much to be desired. The goaltenders struggled, the defense failed to clear loose pucks and the powerplay was nonexistent. By the way, blowing two, three-goal leads on home ice is nothing to write home about either. This post is not about the negatives, though. The Devils have finally put one in the win column. The waiting is over for more than just that first victory.

The play of second year goaltender Mackenzie Blackwood cannot go without mention. The Thunder Bay, Ontario native stopped 29 of 31 shots in his first win of the season. Blackwood knew the importance of this game. “We needed that bad. Everyone showed up to play today,” Blackwood said. “You could sense the desperation in the group and sacrifice everyone gave to the game.”

Devils head coach John Hynes also touched on a great team effort tonight. “We didn’t have any passengers tonight,” he said. “As I’ve said, we have not overreacted internally about what is going on and we haven’t liked the results but you got to stay with it.”

The desperation and sacrifice paid off. The most important thing now is for this team to get some momentum moving forward. Momentum is a funny thing. The early season struggles carried through each game. Now, New Jersey is hoping to keep this positivity going into Saturday’s contest against the Vancouver Canucks.