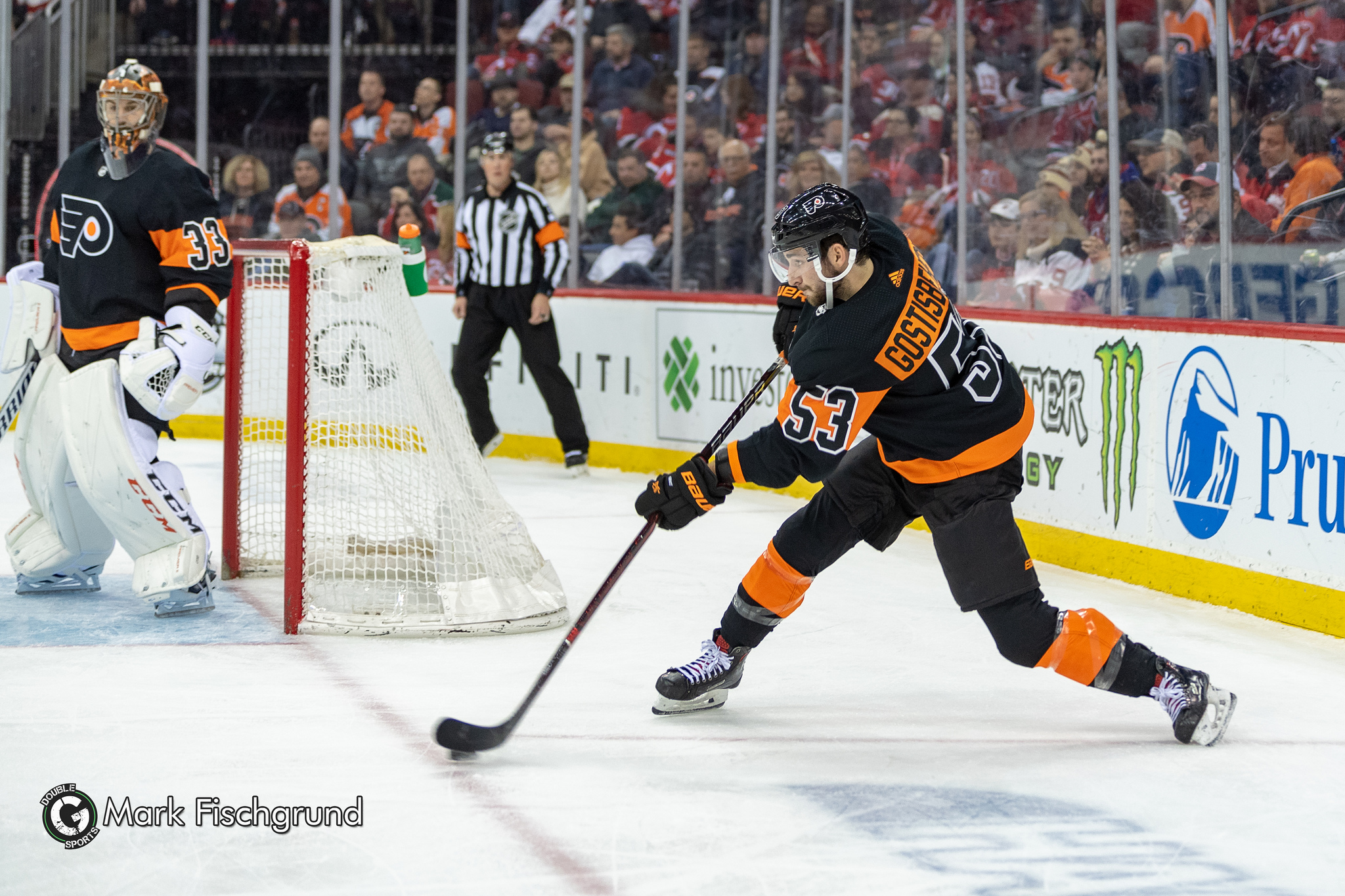 After 82 regular season games last year, Shayne Gostisbehere received 3rd, 4th, and 5th place votes to end up 10th on the Norris Trophy ballot. He was one of three top-15 candidates aged 24 or younger, and recorded 65 points.

Saturday, he was a spectator. As a healthy scratch, Gostisbehere sat first in what may be a rotation of scratches among defenders.

Head coach Scott Gordon reiterates that it definitely isn’t a performance based scratch, but it does raise questions that Ghost was the first to sit.

Questions like, “are the Flyers ready to trade Ghost”, or “is he done developing” are swirling. It’s impossible to say which version of Gostisbehere we’ll get next year.

Fletcher has to make meaningful moves this summer and Gostisbehere is a solid commodity to dangle pic.twitter.com/orOO7KlurH

While that advocates for a trade, it’s even harder to gauge what his value is to other teams right now.

He’s seen his ice time chipped away. Once an offensive force in overtime, he’s been benched in lieu of Travis Sanheim.

Some goals against just leave fans scratching their heads, but his struggles have been a little overstated. He’s still a great skater, and he still has the best powerplay sense among defensemen on the team.

I think it's pretty obvious that Gostisbehere just can't try to make that pass… pic.twitter.com/x3i5ZCZAQW

He’s also on a team-friendly contract— the Flyers aren’t exactly paying out Andrew MacDonald levels of cash here— so it’s low risk to keep him on board. The league has seen his potential.

Not trading him isn’t “settling for mediocrity”. It’s understanding that you have a dynamic player, and aren’t willing to make a move based on panic.

Gostisbehere’s “measly” 36 points so far can also be explained, due largely to the fact that he’s had career low powerplay production. He likely isn’t alone in that category, seeing as the unit as a whole couldn’t buy goals for a long stretch of time.

Gostisbehere had 33 PP-pts last year, this year he has 13.

I'm not saying that would excuse him from defensive mistakes but lets be honest: All of the dmen have struggled this year..

Without the team’s major powerplay slump, accredited by Gordon to just be “bad luck”, Ghost probably comes a little closer to 50 points. He scored 20 more points on the powerplay alone last season, and shot the puck at a much higher rate.

Ghost’s sophomore season was another year in which his struggles brought more questions than answers, but he followed up by smashing his personal bests. Are we due for another outburst?