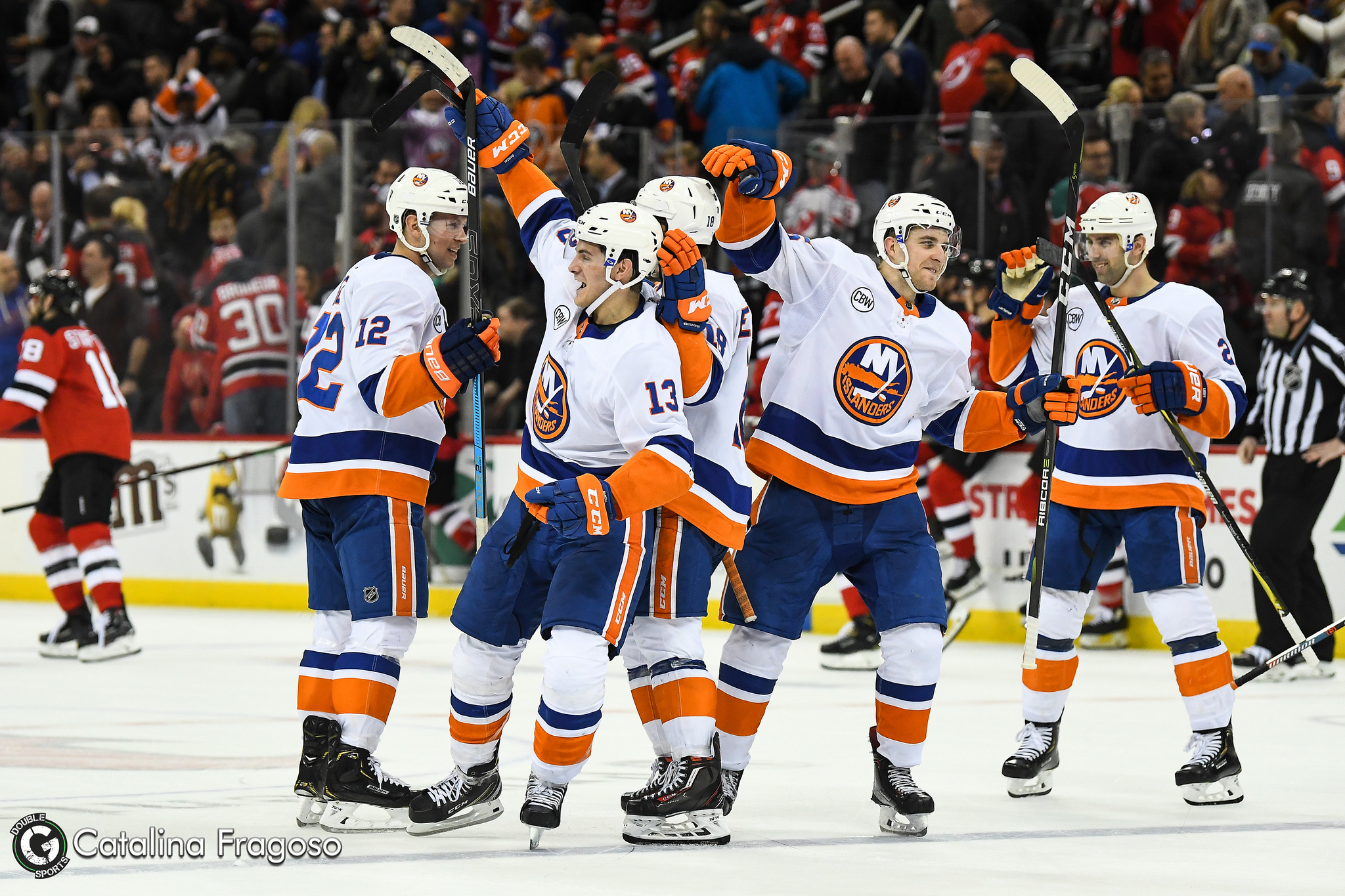 There will be a full recap in this week’s Weekly Review, but the New York Islanders took care of business on Saturday night, smothering the Buffalo Sabres in a dominating 5-1 win.  The Islanders got back to Islander hockey, once again, after a wild 5-4 regulation win over the Winnipeg Jets on Thursday night.

Brendan Burke’s analysis as the clock wound down says it all about the expectations of the Islanders coming into the season;

.@brendanmburke rolls off the predictions for each of the outlets that thought the @NYIslanders would miss the playoffs – by a lot #Isles

After John Tavares left for Toronto, the New York Islanders were immediately written off.  They were picked to be at the bottom of the Eastern Conference and only Brian Compton of NHL.com picked them to make the playoffs.  There are so many reasons why the Islanders have had what feels like a miraculous season, but there are three in particular that also make them a special and dangerous team;

The goaltending has been other worldly

Now we do have to say that Robin Lehner and Thomas Greiss have not done it alone, as the Islanders’ defense has grown leaps and bounds (we’ll get to that in a bit).  However, without these two stalwart goaltenders the Islanders probably wouldn’t be in the playoff race right now.

Last year’s defensive meltdown wasn’t just about breakdowns in the Islanders’ own zone.  It was also a poor effort by the Jaroslav Halak/Thomas Greiss combination.  Between a very low high danger save percentage and some soft goals along the way, the goaltending was never able to carry the team.

This year it’s completely different.  While Lehner/Greiss may not be carrying the team, they’re certainly the strength of the Islanders.

The emergence of Casey Cizikas and Ryan Pulock

If there is an MVP for the Islanders, it’s Casey Cizikas.  ‘Zeeker’ went from a gritty but stay-in-your-lane fourth line center to the most important player on the Islanders.  While he’s still on the fourth line with his buddies Matt Martin and Cal Clutterbuck, they’re no longer just a fourth line.  They’re the line that provides the best defense.  They also provide the energy to start each and every game.  Their center has gone from a career high of nine goals to 20 this season.  Casey Cizikas does everything.  From killing penalties, scoring clutch goals, drawing penalties;  Anything you ask him to do, he will.

As for Ryan Pulock, he has emerged as the Islanders’ top defenseman after coming up as a boom (pun intended) or bust prospect.  Pulock has always been offensive minded but has recently become just as defensively sound.  Between his creative rushes and his 100+ MPH slapshot, Pulcok is a budding superstar.  He is the leader of ice time for this team and is playing himself into a top D-man role.  He’s been the best player on the ice the past few games and the sky is the limit for this young star.

The mental toughness and leadership is there

This isn’t supposed to be a knock on John Tavares or any of the teams that he led.  If anything it’s a compliment to Lou Lamoriello, Barry Trotz, and all the decisions they’ve made over the past season.  For some reason, it seems like the Islanders are much more mentally tough than they’ve been in a long time, and the leadership of Anders Lee is something to behold.

Yes, Tavares scored both the tying and game winning goals in Game 6 of the 2016 playoffs against the Panthers.  However, there were many times where the team lost their cool, took terrible penalties (he himself was a culprit of a few slashes) and gave away games.  In addition to that, in years past it seemed if the Isles got down a few goals, they folded immediately.

That’s no longer the case, as Barry Trotz will not let that happen on a team coached by him.  The Islanders have four games that they’ve won with under five minutes to go.  They have five games in which they’ve won where they’ve trailed 2-0 to start the game.  They’re never out of a game despite their lack of offense.  Anders Lee stands up for his teammates and they’re learning to gel as a team.  The Islanders are who they are because they’re a very hard team to play against and they have a certain grit that they’ve been missing for a few seasons.

How far will the Islanders go in the playoffs?  Not sure, but they have an invitation to the dance.  They could just as easily be swept in the first round as win the Stanley Cup.  The Stanley Cup playoffs are a very fickle few weeks.  There’s a reason why the Presidents Trophy winner hasn’t won the Cup in a very long time.

If the Islanders can ride this season long vengeance tour to the Stanley Cup, just like the Vegas Golden Knights did, it will be one of the best stories in modern hockey history.  Regardless of how this fairy tale season ends, just know that this is only the beginning.  This team is still a work in progress and it’s pure hard work and determination that’s made them this good.  Be proud Islander fans, it’s been a while.  Enjoy the ride and welcome to the playoffs.