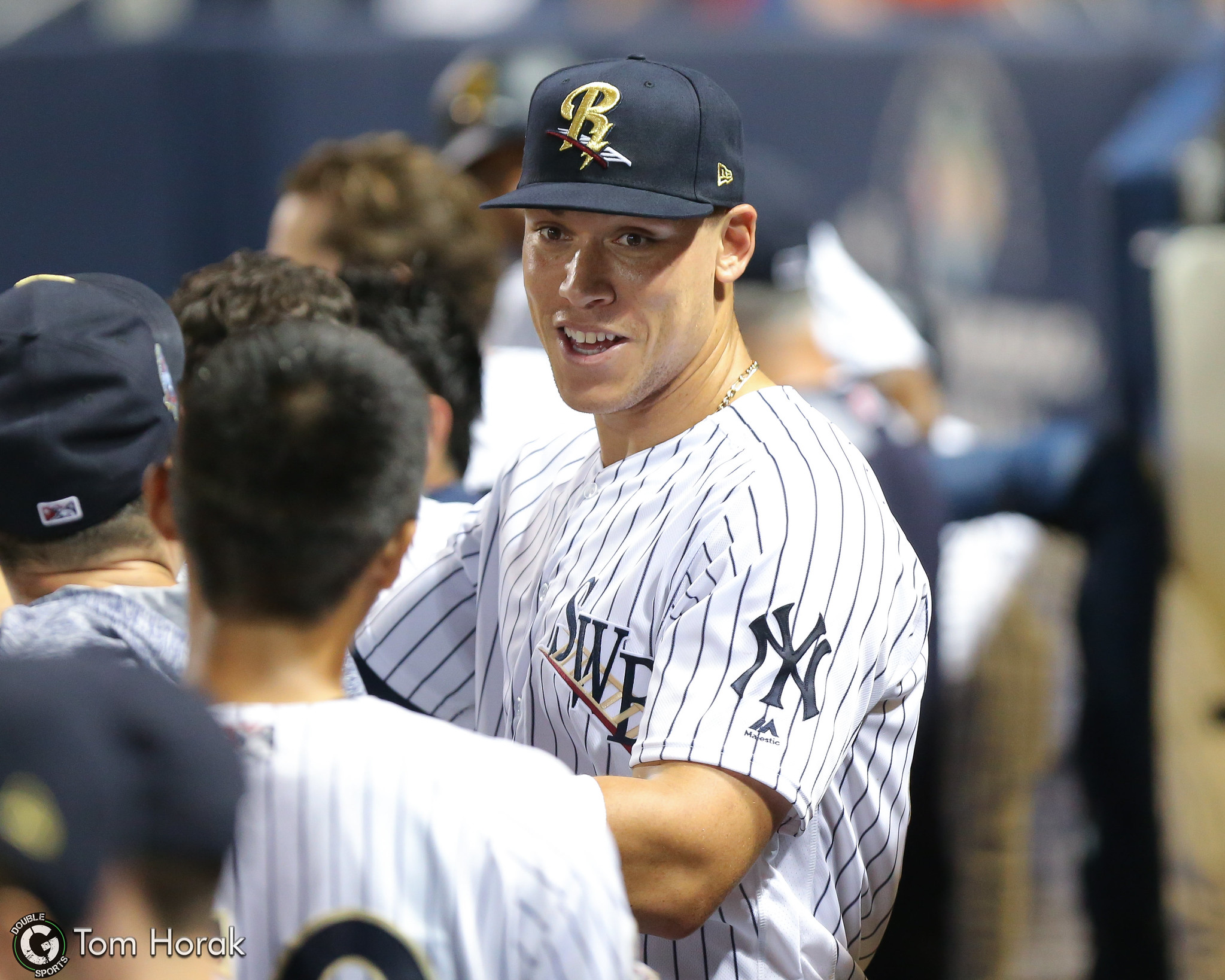 Judge back in New York after exciting crowds in Scranton

In 2013, during his recovery from an ankle injury, Derek Jeter made a pit stop to play a handful of games with the Scranton/Wilkes-Barre RailRiders.

During the months of July and August, PNC Field was packed to the brim. Yankees fans from not only the valley, but from all over the state came to see the Captain start his rehab with the team. Jeter brought excitement back to baseball in Scranton, Pennsylvania. This week, Aaron Judge did the very same thing.

Judge strained his oblique in an at-bat gone wrong against the Kansas City Royals on April 20. Before returning to the Bronx, he had to make a quick stop in Scranton.

Both Judge and Giancarlo Stanton, who suffered from a calf strain early on in the season, started their Triple-A rehab assignment in Durham, North Carolina, where the RailRiders would face off against the Bulls. Judge would go on to go 0-4 that day, striking out three times. When asked about his trouble at the plate, he was at ease.

“If I strike out, ground out, fly out, get a hit, it doesn’t matter. It’s all about getting the reps in,” he told the press after the game.

After the short series in Durham, the RailRiders returned home for a weeknight series against the Norfolk Tides, much to the elation of baseball fans in the valley. Giancarlo Stanton would be heading back to New York, but Aaron Judge was coming home. On Tuesday, Judge made his return to PNC Field to a nearly sold-out crowd. Fans from all over the northeast were there, donning the number 99 on their own backs, ready to see the all-star take the field again.

“I always remember playing here in Scranton, the fans we had were always the best,” said Judge. “I’m glad to be back. Feels like home again.”

Every single move he made on the field was met with rousing applause, even when he walked or caught an easy pop-up. Judge spent most of his time in the batter’s box watching pitches that were out of the strike zone. He generated a handful of walks before finally getting his bat on a ball. And boy, did he ever do that.

In the bottom of the fifth inning, Judge blasted a solo shot into right field, all the way to the very back of the stadium. Scranton/Wilkes-Barre would go on to win the game 8-4.

Despite the rain looming over Wednesday night’s game, fans still came out in crowds to see what would end up being Judge’s last game in Scranton. After a short rain delay, the RailRiders took the game to ten innings and won 7-6 on a huge error by Norfolk’s right fielder. Judge played a quiet game, but he made up for it by interacting with everybody he possibly could.

He signed autographs, tossed balls to kids on the right field line and made an effort throughout the game to acknowledge every kid who yelled his name. When the rain started to pick up, he kept it lighthearted, making hand signals to ask the crowd about the forecast and laughing about the rain.

Judge’s stint here was relatively uneventful, but in the end, it didn’t really matter. His presence alone was enough to bring the excitement of baseball back, just like Jeter did six years before.

Boulders offense struggles in series loss against Shikoku Island
How Sanchez the Slugger has Flipped the Script
Posting....