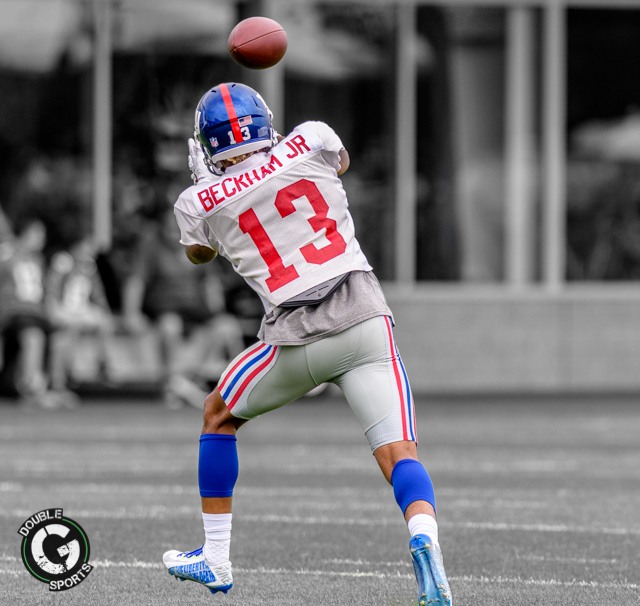 The Most Catastrophic Boat Trip Since the Titanic; the New York Giants

Many people have certain fears to some degree. Spiders, snakes, heights…. boats. Thanks to James Cameron’s 1997 box office smash, “The Titanic,” (if you haven’t seen this masterpiece starring a young Leonardo DiCaprio, then you need to reevaluate your life or be born after 2003) some are deathly afraid of going out on a boat.

But what happens when simply taking an innocent picture on a boat seemingly follows you around for your entire life…. Or career?

It’s been just over 3 ½ years since a select few players from the New York Giants snapped the infamous Miami boat pic. Taking a trip down memory lane, the Giants were due in Green Bay for the Wild Card round of the NFC playoffs against the Packers, but instead of preparing for the biggest game of the 2016 season, and for most of them, their careers, Odell Beckham Jr., Victor Cruz, Roger Lewis and Sterling Shepard (the only remaining player from the photo) decided it was a great time to jet on down to South Beach and party it up. Bottles, models, boats and h…. you know where this is going.

While these players will probably NEVER hear the end of this, all kidding aside it didn’t really influence the game. Just a bad look. And wearing jeans and Timbs? Even worse.

The fun part about reminiscing on this topic is these New York Giants are now 12-40 as of this past Sunday’s ass whooping by the defending NFC Champion San Francisco 49ers.

Yes, you read that right. For those of you that aren’t football fans, that’s astonishingly horrible. That may go down as a bigger jinx than Eddie Mush from “A Bronx Tale.”

Even Jack didn’t have it this bad.

The 0-3 G-Men travel to Los Angeles this Sunday to square off with the 2-1 Rams.

Retweet that photo to make a Giants fan’s day!