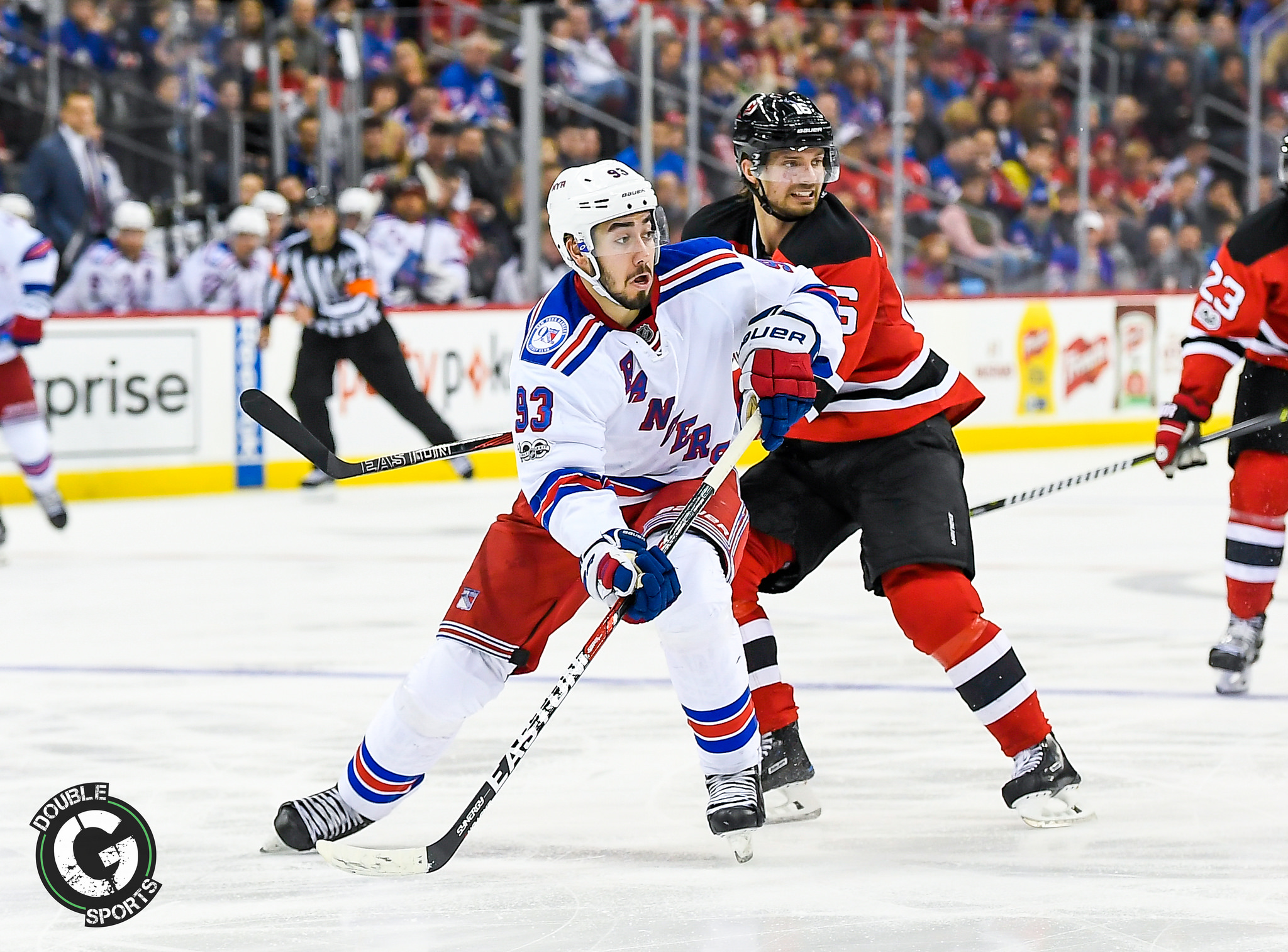 On Janurary 21, New York Rangers center Mika Zibanejad took the title of NHL’s second star of the week, behind first star Robin Lehner of the New York Islanders, and in front of third star Patrick Kane of the Chicago Blackhawks.

With five goals and two assists in the last four games, Mika ranked first in goals and second in points in the NHL. Being that three of these five goals were game winners, the 25-year old Sweden native also became the second player in Ranger history to score the game winning goal in three consecutive games. With the GWG on January 15 against the Carolina Hurricanes, January 17 against the Chicago Blackhawks, and January 19 against the Boston Bruins, Zibanejad is the first to share this honor with former Ranger Rod Gilbert who had three consecutive game winners in December 1966.

Both star Rangers had suffered from injuries that kept them from playing in all 82 scheduled games in their last few NHL seasons. In the 2017-18 season Mika appeared in 72 of the 82 games while Kreider had only appeared in 58. While in the 2016-17 season Mika appeared in 56 of 82 games, and Kreider 75. The two have an undeniable on-ice chemistry and their dynamic has proved to be a great offensive asset for the team. This keeps Rangers fans with crossed fingers, hoping that the pair stays healthy, allowing their point totals to reach their full potential this season.

In the meantime, Mika heads to Sweden to spend his All-Star bye week back home with his family before returning to Madison Square Garden to battle it out with the broad street bullies on January 29.