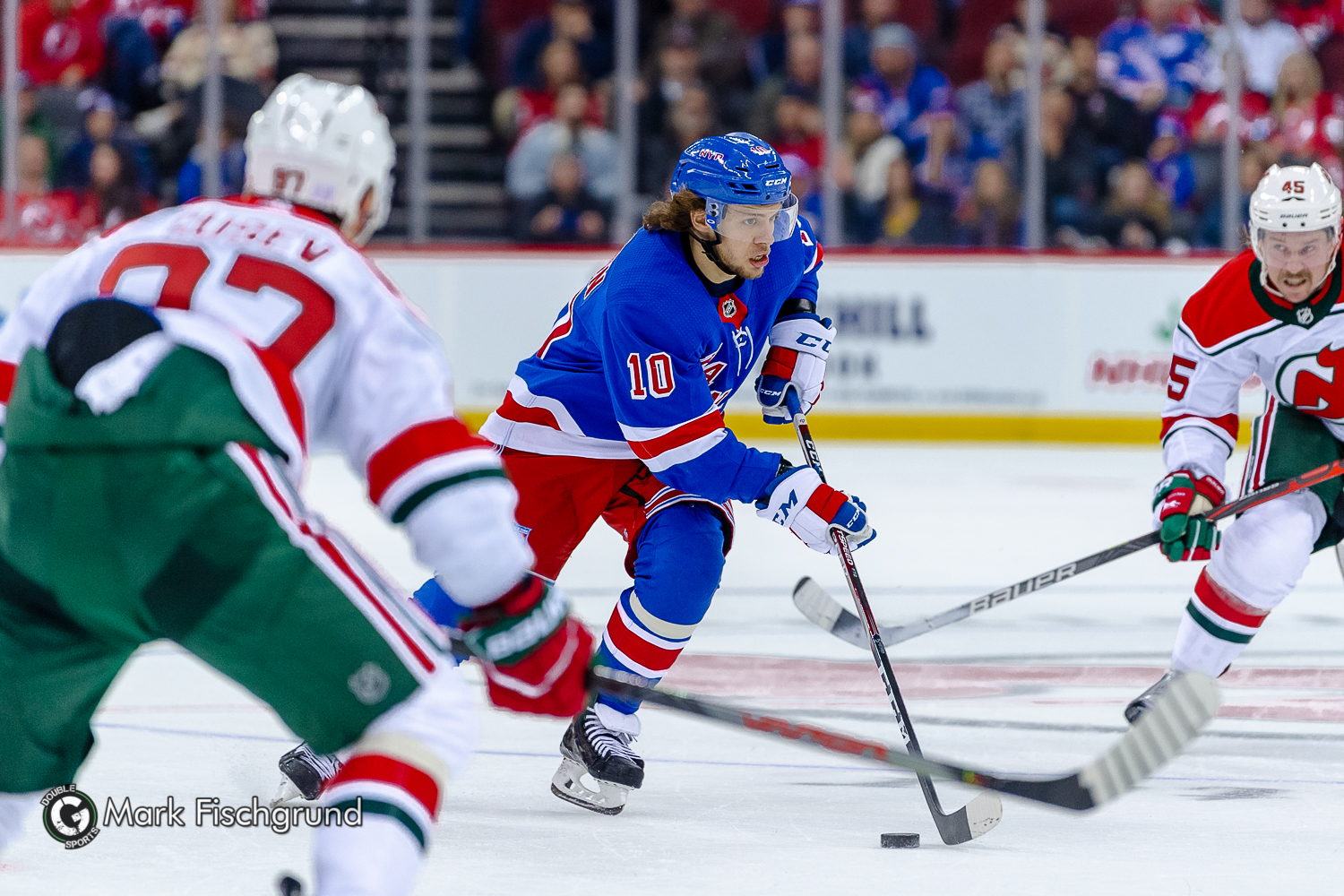 Taking 8 penalties and totaling 34 minutes of penalty time throughout the game, the New York Rangers did not come up short on Saturday in New Jersey. After holding their own against Boston just the day before, the Rangers made short work of the New Jersey Devils in the Battle of the Hudson.With 33 total saves, Alexandar Georgiev had his third career shutout in the 4-0 victory. The win advances the Rangers to 4-0-1 in the last 5 games.

“I think we’ve been playing to our structure a lot more these last 5 games,” said Rangers defenseman, Brady Skjei. “It definitely felt good killing off 8 (penalties), but we don’t want to be doing that night in and night out.”

Just in the second period, the Devils had five power plays. The fifth penalty being a double-minor on Libor Hajek for high-sticking Wayne Simmonds, carried over from the final minute of the second period into the third. After the two short-handed goals by Mika Zibanejad and Jesper Fast in the third period, the Rangers now lead the NHL with a total of six shorties this season.

This was only Zibanejad’s third game back after a month’s rest due to an upper body injury. Yet, he still has managed to rack up three points in three games – two goals and one assist. Even with a month off the ice, Zibanejad still manages to be 5th as a regular season leader with 14 points.

“You always want to play at the level you’re used to playing at but its hard after missing a month of play,” Zibanejad said. “I felt like I’ve been working hard to come back and make sure that I stayed on course with the conditioning and staying in shape. It feels good, but it feels even better when you come back and we win.”

The Rangers securing the victory is a sure sign of early success. The team will press on in hopes of a fifth victory, facing off against the Vegas Golden Knights on Monday.