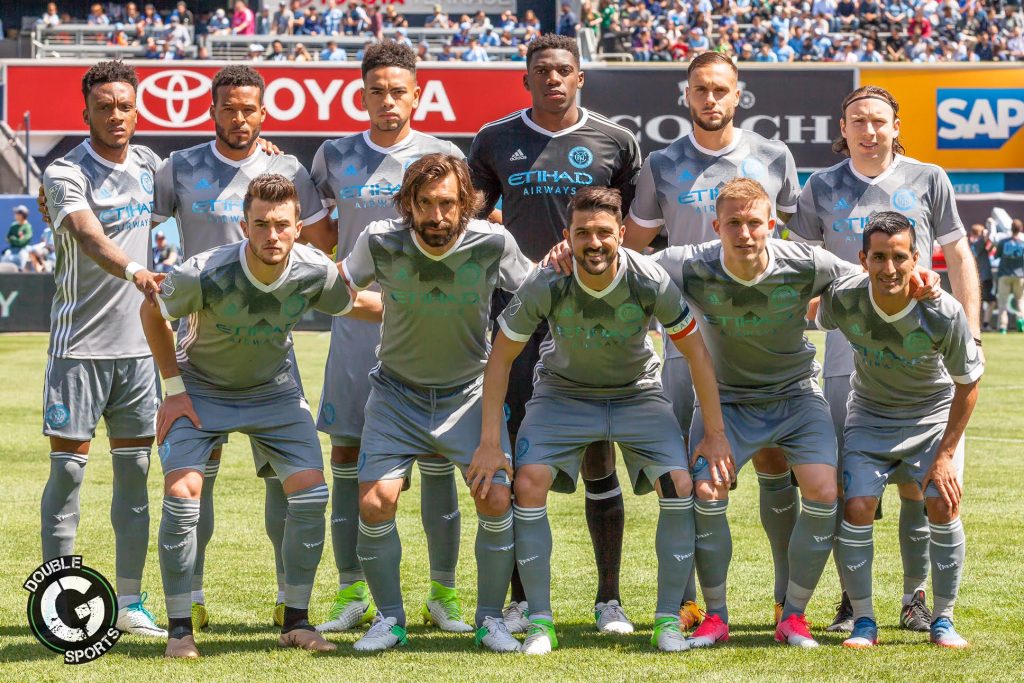 NEW YORK, NY — On an Earth Day inspired afternoon, NYCFC wore gray jerseys made out of entirely recycled plastic. Ironically for the home side, their performance matched the color of their jersey, as a gray performance led Orlando City to leave the Big Apple with three points.

For almost the entire first half, there were no quality chances on both sides. Both NYCFC and Orlando City failed to take command of possession or create consistent pressure on the opposition’s net.

The first real chance, and also the first successful chance, was scored by the visitors. In the 31st minute, who else but Cyle Larin scored to put Orlando City up 1-0.

After heading into halftime with the same scoreline, Cyle Larin decided that he wasn’t done punishing NYCFC. In the 51st minute, Larin netted his brace to up his tally to nine goals against NYCFC in his seven appearances.

That 2-0 deficit proved to be too much for NYCFC to come back. Captain David Villa was able to score a goal in the 74th minute to set up a dramatic finish, but it was too little too late for the ‘Boys in Blue.’

Another blue performance from Vieira’s men who have continued to underperform this season. With this loss, NYCFC has yet to win over former manager Jason Kreis, as Kreis has beaten NYCFC in all of three of his encounters. 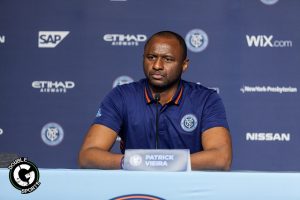 Today was a day to forget for Vieira as he failed to beat his predecessor for the third straight time. In the post-game press conference, Vieira frustration was evident in his responses to questions from the media.

“I think we just have to take our chances,“ said Vieira. “They are maybe not a nice team to watch play, but, they are efficient.”

Vieira finished the press conference by stating “we are the only ones to blame. We lost today not because they were better, but because we didn’t take our chances.”

Wallace played well at left-back despite it not being his natural position. NYCFC did create chances towards the end of the match but couldn’t convert them. There were positives from this game for NYCFC, but the lack of finishing truly hurt the team. Next up for the ‘Boys in Blue’ is the Columbus Crew on April 29th in Columbus.