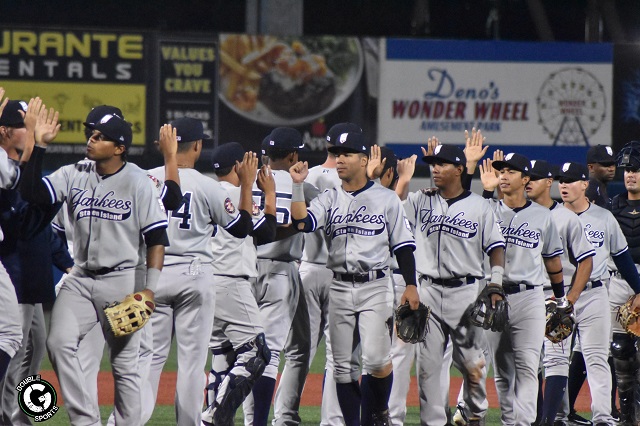 The Staten Island Yankees pitching staff continued their amazing performance as they completed their 10th shutout game, leading the league in that category. The latest was a 1-0 win over the Spinners to wrap up a six game homestand.

Guzman put on a show throughout the game, lighting up the radar gun by hitting one hundred miles per hour and even reaching 102 a couple of times. The righty was in the zone as he pitched six innings and allowed just three hits. He walked one and struck out seven.

Greg Weissert (2-2) took the ball in the seventh inning. He pitched a perfect frame.

Kaleb Ort (0-0) came into the game and pitched two scoreless innings, stricking out three for the save.

The game’s lone run was scored in the bottom of the third. Cesar Diaz bunted for a hit and then advance to second on a walk issued to the catcher Jason Lopez. After two outs, Timmy Robinson, who leads the team in the home run category with six, came through with a single.

Tuesday, the Staten Island Yankees travel to Leidos Field at Ripken Stadium to face the Ironbirds in a three game series.

Jonathan Loaisiga, who made his Staten Island Yankee debut last Wednesday, is set to take the mound for the series opening game.