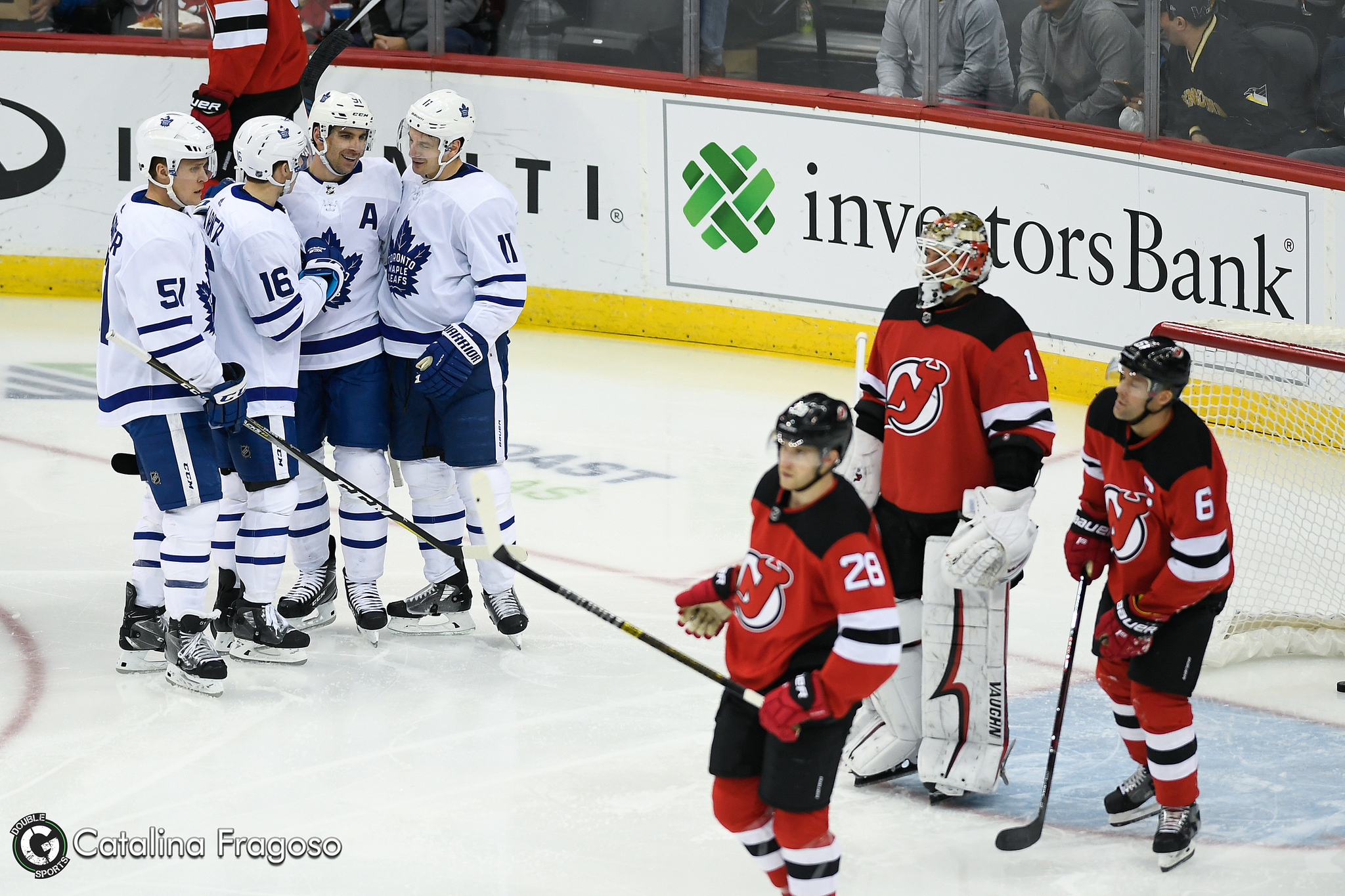 Winning the first face-off of the night appeared to be the initial glimmer of hope the New Jersey Devils had against the highly ranked Toronto Maple Leafs on Thursday. Unfortunately, that hope for a Devils win made a gradual and downward spiral throughout the 60 minute play span as the Maple Leafs completed a season sweep in New Jersey.

Setting the tone early, 5:30 into the first period, Toronto Ron Hainsey’s 15ft slap shot made it the first goal of the night on a 4v4. Three minutes later, John Tavares completed another milestone in his career by scoring his 300th goal and creating the 2-0 deficit halfway through the first period.

As spectators attempted to sneak out of the first period early to get ahead in the snack line, the Maple Leafs drew attention back with 6.5 seconds remaining with Tavares’ 301st career goal, ending the first period with a 3-0 lead.

The second period sparked the noticeable frustration in Devils players where they had clearly stepped up their game and ignited fan attention. After missing three shots on goal on a NJ power play with 10:24 left in the second period, the Devils finally diminished the 3-goal difference with back-to-back goals by Blake Coleman and Brian Boyle, ending the second period with a 3-2 nail biter.

The game of “tag” seemed to be the tactic for the third period for the Devils. Whoever is closest to the puck wins, without any type of formation or strategy to get the puck in the opposing net. With 53 seconds remaining in the third, the 3-2 scoreboard was quickly changed as the Devils pulled Keith Kinkaid from the net, allowing Mitch Marner to finalize the Toronto win of 4-2.

The Devils next game is again at home in New Jersey, when the Philadelphia Flyers visit The Rock for an afternoon contest. Hall will likely be out again, and the starting goalie is to be determined. The Devils are battling with Philly for the last position of the Metropolitan Division.