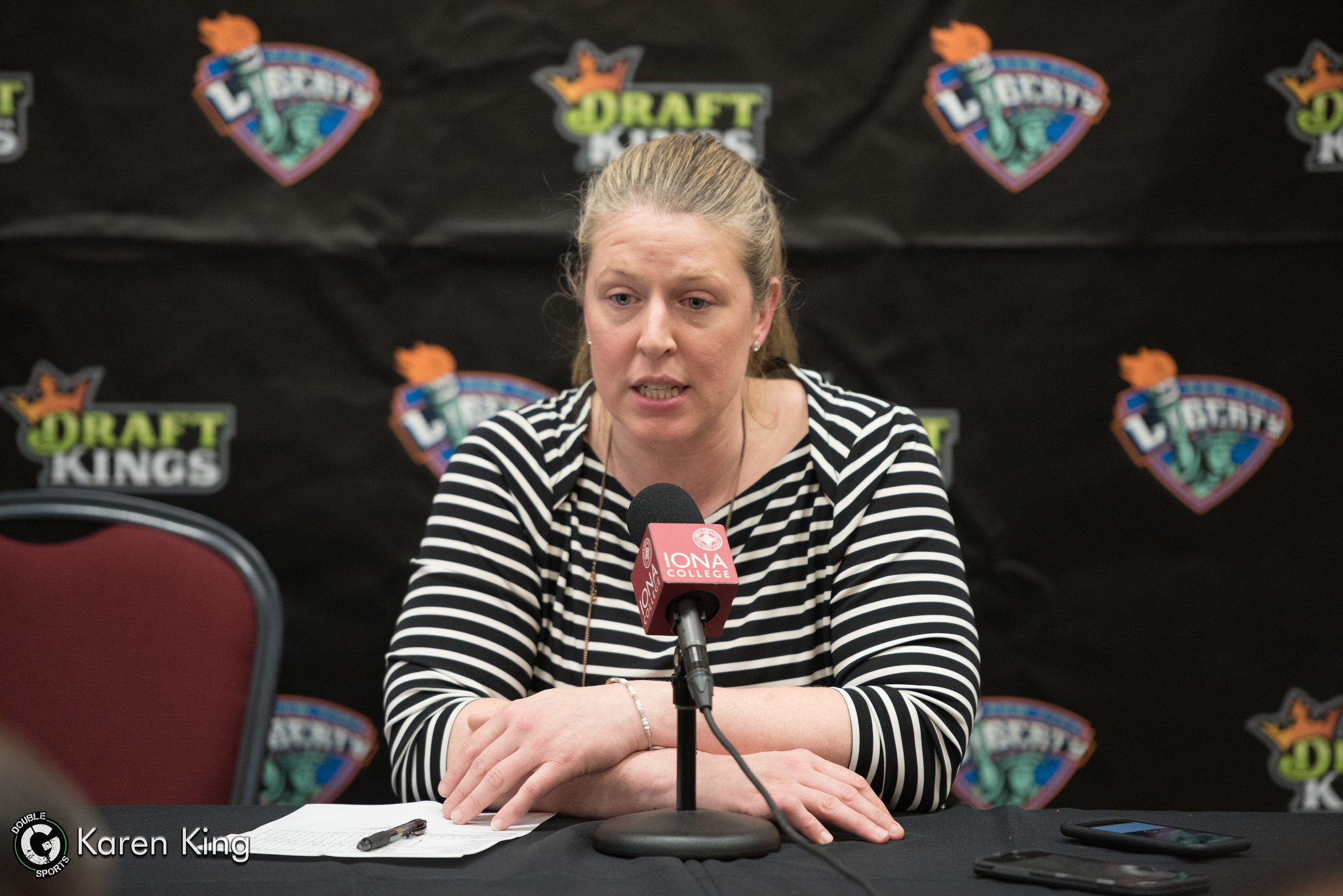 After a terrible 2018 season, spring brings hope and optimism to the New York Liberty. The Liberty used the second pick of the 2019 WNBA draft to select Asia Durr from Louisville.

Durr, a 5-foot-10 guard, finished  here college career with 2,485 points and 374 made 3-pointers. She ranks first overall in the ACC in made 3-pointers, and fifth in points. She averaged 21.2 points per game during her final season at Louisville.

“She brings the killer instinct to this team that I think is going to be a welcome addition,” said Jonathan Kolb, general manager of the New York Liberty.

"It's a dream come true" – 2x Wooden Award Finalist and No. 2 pick Asia Durr reacts to becoming a part of the @nyliberty! pic.twitter.com/Fun74QqXj3

“I’ve been dreaming about this since I was a kid,” Durr says now — a fact that, in her case, is obvious. Few prospects better exemplify the archetypal “student of the game”: the 5’10 guard’s style and efficiency are a product of intense, relentless study and practice. It’s a good thing the WNBA has existed Durr’s whole life, because she has no idea what she’d be doing without it.

After taking top  Durr with the second pick in the WNBA Draft, the Liberty surprised a lot of people by taking Han Xu, a 6’9” Chinese center with the 14th pick. Han is the second player from China drafted directly into the WNBA. She was also the youngest and tallest player taken Wednesday.

Han is just 19 and we can’t be entirely sure of her availability because of Chinese national team commitments. But it could be fantastic for the Liberty and the league if she becomes China’s first WNBA star, especially in New York City.

The Liberty have new ownership and would like to recapture some of the old spirit they used to have with their fan base. Franchise centerpiece Tina Charles needs more help from a consistent big scoring threat, and that should be Durr’s biggest strength. She’s an extremely hard worker, and nobody knows more about successful guard play than Liberty coach Katie Smith, a Hall of Famer.

Many felt that last season was just a perfect storm of not knowing who would buy the team, the Westchester experiment, and the fact it was Smith’s first season as the head coach. With a solid back court built for the future, things can quickly change in 2019 for the Liberty.