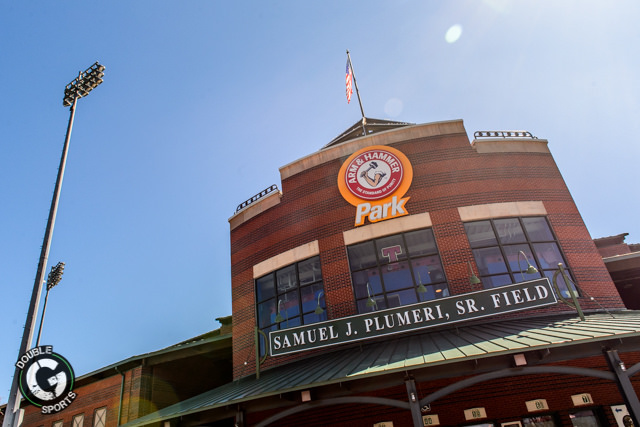 Trenton Thunder opened their season on Saturday with a strong performance from their pitching staff. RHP Chance Adams did not allow a hit in his 5 and 2/3 innings of work. The bullpen carried that streak to the eighth. Thairo Estrada went 4-for-5, Mike Ford had three RBI, and Dante Bichette contributed with his own two-run blast. The Thunder were all smiles after their 6-2 victory to start the season, including top prospect Gleyber Torres who doubled in his first Double-A at-bat.

Trenton would carry their offensive momentum forward to Sunday, but Erie would not be denied. In first game of the double header, Thunder put up nine runs. The heavy lifting came from Miguel Andujar, who would have himself an outstanding weekend. Andujar went 4-for-5 with five RBI and two HR’s. However, Erie would beat up Thunder relievers and walk off in the bottom of the tenth, tallying 10 runs of their own.

The second game of Sunday’s doubleheader was a similar story. Andujar would go 2-for-4 with an RBI and Zack Zehner would contribute with a two-run homerun in the fourth. Once again, Erie would again respond against Thunder pitching and take the game 5-4.

The good and the bad

Thunder fans should be excited about the offense displayed in the first three games. As a team, they hit over .300 this weekend and scored 19 runs in 26 innings.

The bullpen, however, is a different story. Of the six relievers that made an appearance this weekend, five of them allowed at least one run. If this trend continues, there will be a ton of stress on the starters to go deep into ballgames.

Trenton sets their sights to Ohio in an Eastern League Championship Series rematch against the Rubberducks.