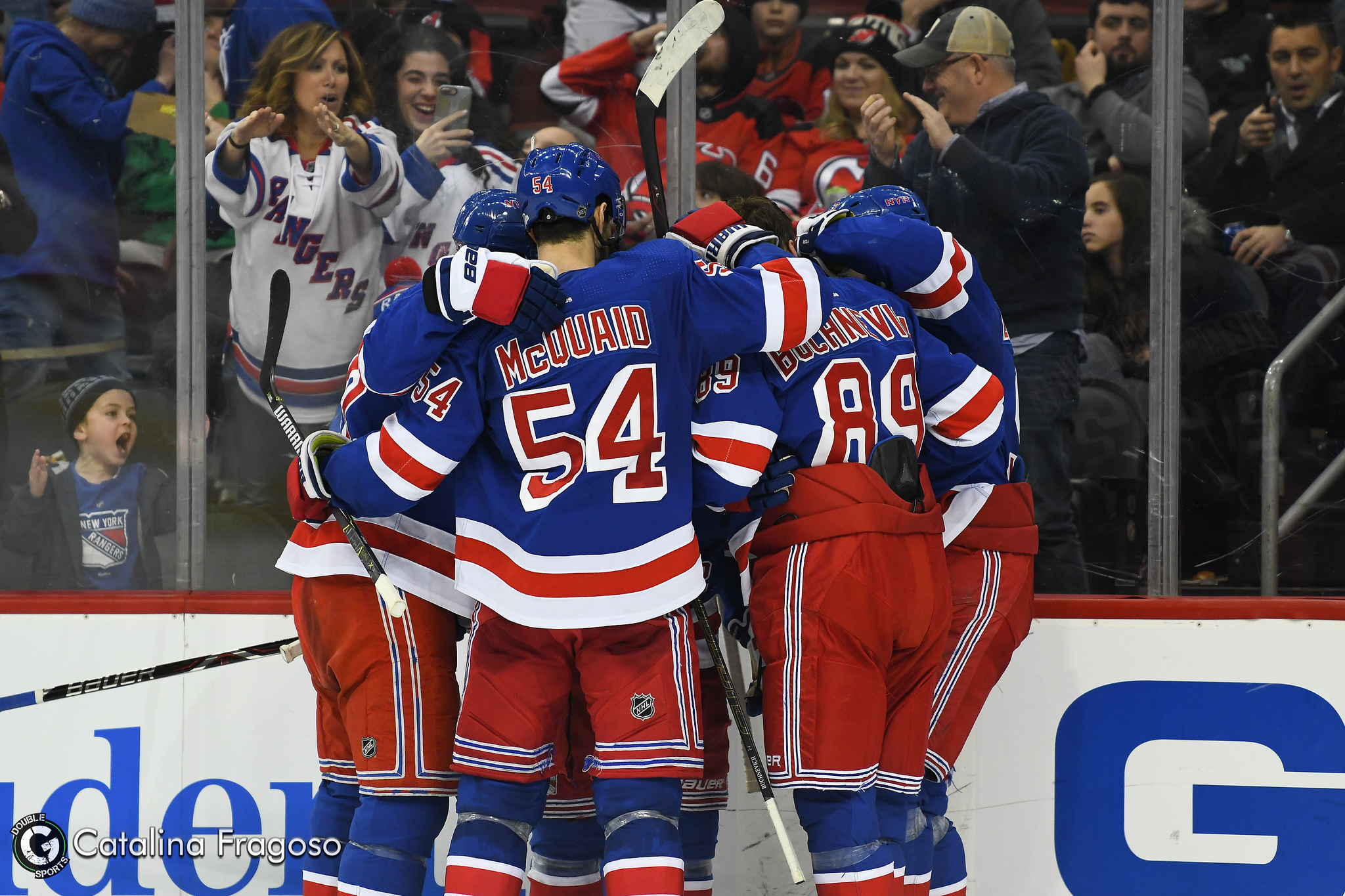 Way Too Early Look Ahead To Rangers Free Agency

As it stands, the New York Rangers currently sit just three points out of the last wild card spot behind second-place Columbus despite being seventh in the Metropolitan Division.  This is a team going into the season that people expected to compete at least somewhat for a Wild Card berth.

With the hiring of David Quinn from Boston University two seasons ago, the franchise has seen plenty of turnover. Quinn and GM Jeff Gorton were on pace to surpass the previous season’s point total of 78 with 13 games left to play. A lot of experts are now expecting this team to be competitive and flirt with making the playoffs.  It’s easy to make those assumptions when you’re the winner of the Artemi Panarin sweepstakes along with the signing of Jacob Trouba on D.

The Rangers will have $59.1 million in cap space and they don’t have any glaring players they need to re-sign this offseason. The most pressing free agent they’ll have at the top of their free-agent board is goaltender Alexander Georgiev, who will be a restricted free agent once his entry-level deal is up. Rangers management has to be smart and surely they will be about looking at life after Lundqvist in Georgiev. He’s played in more games so far than Lundqvist and with the emergence of fellow rookie goalie Igor Shesterkin, New York could have the luxury of having two high-end goalies for the decade to come.  I believe they should try to work out a short term deal with Lundqvist because he deserves after the years of service he’s given that franchise. He’s smart enough and would potentially be open to taking less because he wants to desperately win a Stanley Cup and his window is closing.

Throughout the rest of the roster, the Rangers have four other restricted free agents. Ryan Strome, Tony DeAngelo. Brendan Lemieux and Pavel Buchnevich are all at the end of rookie deals and will hopefully be integral parts of this Rangers’ core. There will most likely be bridge deals with each to see how they continue to progress over the next several years.  Strome, DeAngelo, and Buchnevich are third, fourth and fifth on the team in points.  However, it’s hard to imagine spending 20% of your cap on three players. If they want to return to the long playoff runs they had in the previous decade then they have to have space to sign key pieces and re-sign other players if need be. They could always give them an extension during the next two years if they keep progressing.

The unrestricted free agents are Jesper Fast and Gregg McKegg.  No one really sees them bringing back Mckegg, as he’s only played in 54 of the 70 possible games this year. At 27 I think it would make more sense to take the money they are paying him and give it to one of the above young players. Someone like Brendan Lemieux who isn’t known to be relied upon for points, but brings a grit to his game, would be better served to see a bump in pay. He’s younger than Mckegg and his ceiling is higher. As for Fast, it seems as though New York wants to re-sign him but it may not be in the cards financially. I just don’t see how you can bring an assistant captain of your team back on a one year deal especially after the year he’s had with 12 G, 17 A to go with a +20 rating in 69 games. Fast has more value right now than Mckegg and on a team with not a ton of veteran leadership, his role and playing style are invaluable to the Rangers right now.

No one believes the Rangers are going out and trying to sign a lot of free agents on the open market next season. They don’t have the cap space or the need to bring in someone they haven’t drafted yet. They’ve fully committed to rebuilding through draft picks and certain players that are already there and it’s starting to work. Maybe they look at signing a Wayne Simmonds or Ryan Reaves to a short term deal to provide some grit and goal-scoring touch to their lineup. They could possibly even try to bring back a former Ranger Derick Brassard to take Fast’s role if they can’t re-sign him.

All that being said, this team will only continue to get better and better over the next several years. Draft picks are starting to come into their own and their style of play fit’s the mold of the modern NHL. They are a lot similar to the younger teams like Vancouver, Colorado, and Toronto. At some point, they’ll need to button down defensively as a team for postseason success and that’ll come as their players mature. Have optimism RangersTown, your team is on the up and up.