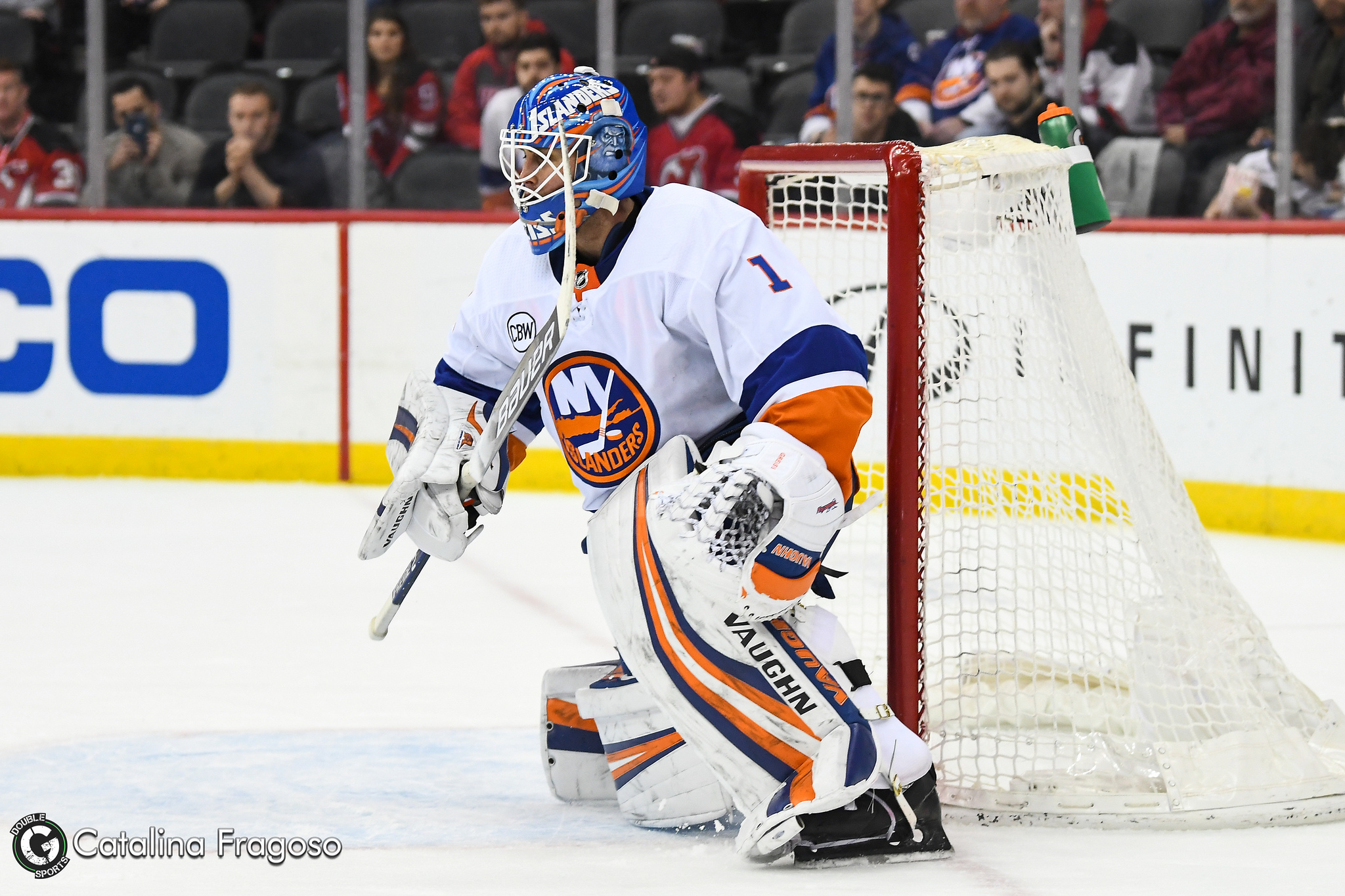 Who is the future in the crease for New York Islanders?

The New York Islanders goaltending tandem has been outstanding this season. Robin Lehner and Thomas Greiss are on their way towards a Jennings Trophy for least goals allowed during the regular season and have kept the team in games, and winning games, even when the offense hasn’t been there.

They are the goalies of the present. But who is the future and when will we see him?

Over in the KHL, there is a goaltender for CSKA Moscow by the name of Ilya Sorokin. The 23-year old was a third round pick for the Islanders back in 2014 and his contract expires at the end of the 2019-20 season. At that point, the Isles can try to bring him over to play in New York. His experience in the KHL, world championships and even the Olympics will allow him to bypass the typical few years in the AHL that goaltenders go through.

With a sub-two goals-against-average the past four seasons in the second-best hockey league in the world, Sorokin is a ready-now prospect and, if he comes over, can become the number one option in goal.

Another goalie in the Islanders system is their fourth round pick from the same year in Linus Soderstrom. The 22-year old has been playing in Sweden for the past few years and was scheduled to play in Bridgeport this year, however, he currently is nursing a shoulder injury with no timetable for return. Soderstrom would most likely serve as a backup but he will need a little more development in the AHL once he becomes healthy.

Another alternative could be 19-year old Jakub Skarek. The Finnish goaltender, a 2018 third round pick, is still developing over in Finland’s top league but he could fill a role for the team in a few years. Skarek is still a ways away and if either Sorokin or Soderstrom don’t work out, the Isles would need to sign someone to bridge the gap before Skarek is NHL ready.

The ideal situation for the Islanders would be to extend Robin Lehner two years after this season and let Thomas Greiss go after next year, replacing him with Sorokin. Lehner can help out Sorokin in adjusting to the NHL and mentor him in his rookie year. After that season, the Isles could make a decision to bring up one of the other two young goalies, extend Lehner another year or sign a free agent to a short deal until either Soderstrom or Skarek are ready.

The future is bright is in the Isles crease, for the first time in a long time, and if they play their cards right, there could be a new franchise goalie in New York.