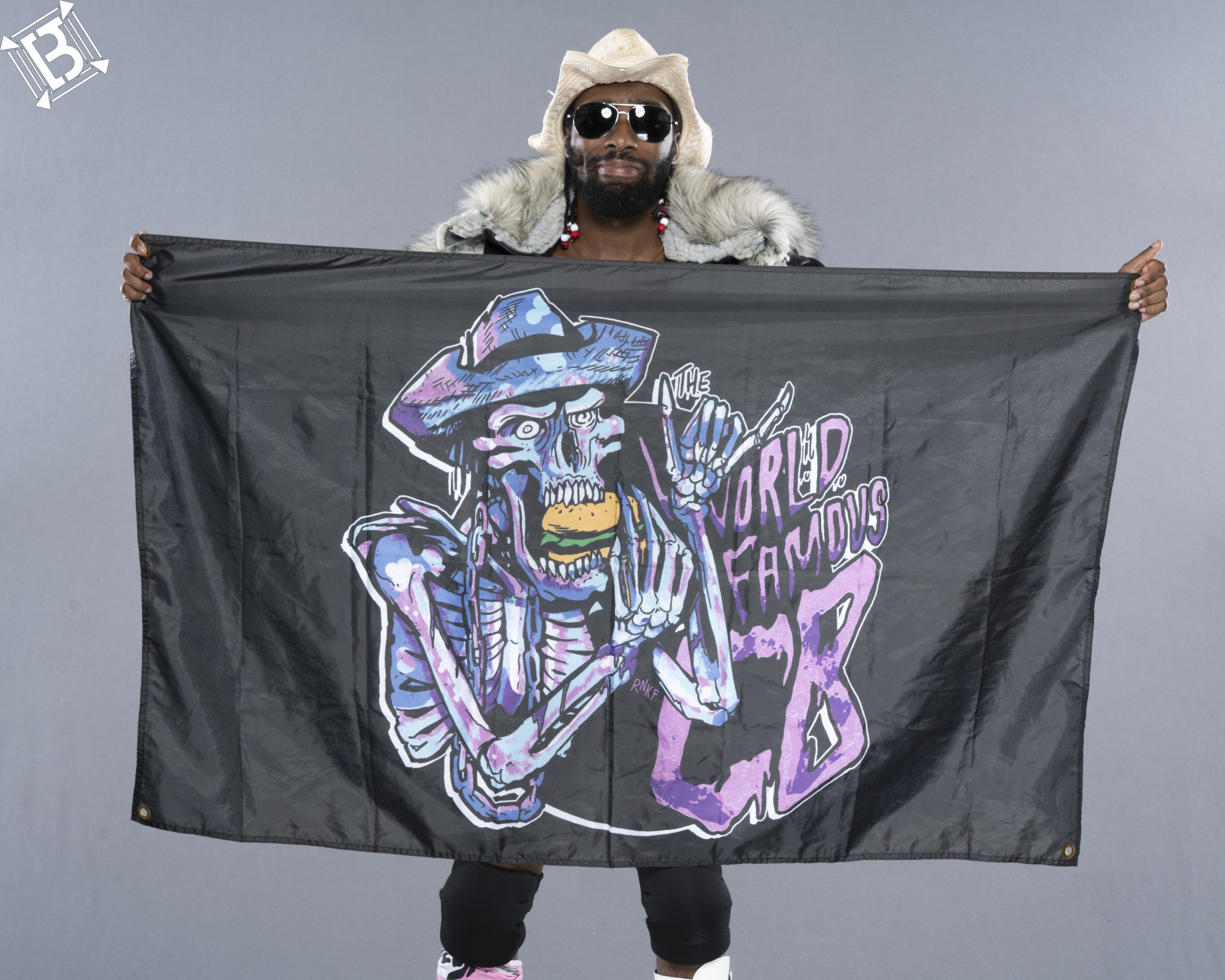 Professional wrestler Cheeseburger grew up in Trenton, New Jersey, watching WWE SmackDown! as a kid with his dad. By the time he reached the age of 17, Cheeseburger decided to embark on a professional career in the squared circle. As fate would have it, the famous Ring of Honor school was only about 10 to 15 minutes away from the ambitious teenager’s home.

“I kind of hit that crossroad in my junior year of high school where you kind of have to start figuring out what you want to do after your senior year…if you want to go into the work force or if you want to go to college,” Cheeseburger exclusively tells In The Zone.

“I looked myself in the mirror and I was thinking, ‘Alright, is this something I wanna try?’ I thought because I was so small at the time, I was like, ‘OK, maybe I can get into wrestling as a manager. Maybe some kind of non-physical role.’”

Cheeseburger adds, “I took a break from wrestling, watching it, and that year I really started getting back heavy into it and I really fell back in love with it. The summer between my Junior, Senior year I wet down to the Ring of Honor school in July, right after my 17th birthday. I met with the trainers (Delirious and Daizee Haze). I talked to them. I told them I wanted to be a manager and I wanted to start training. They were like, ‘OK our next class is in October, so if you want to sign up join our class.’ I stayed and watched training and I was like, ‘This is the place I want to be.’”

“So that October, October 25, 2010, I started training at the Ring of Honor dojo under Delirious and Daizee Haze and that was my first foray into wrestling.’”

Many years and countless international matches later, the Ring of Honor athlete decided to open his own wrestling school, called the Worldwide Wrestling Dojo, right in the original Bristol, Pennsylvania building the Ring of Honor dojo was first located.

“It had been here since about 2007, I believe. I started here in 2010. So by the time 2018 hit I had been training in this very building for about eight years at that point,” says Cheeseburger.

“Ring of Honor was making a lot of big changes in the company during that year. They wanted to kind of consolidate a lot of things together, which I get as a business. The school was always here in Pennsylvania. So that was the last thing they decided — to move down to Baltimore. It became a point to where I was like, ‘Do I want to move down to Baltimore and keep being a trainer at the Ring of Honor school?’ At that point I was an assistant trainer at the Ring of Honor dojo. I felt very guilty about possibly leaving them high and dry with nowhere to train, just abruptly shutting down the school.”

He continues, “So, 2018 I was like, I’m gonna give it a try. I got the money together to buy the ring and some of the equipment from Ring of Honor and then I signed away a lease. We’ve been open about two years now. Same spot — Bristol, PA. It was a little rough going at first. Always starting a new business is very rough early on. But now, especially this year, things have been picking up really, really well. We’re starting to really get recognized as one of the premiere schools, not just in the Northeast, but in all of the US.”

Who is Steve Cohen and what does his purchase of the Mets mean for fans?
You Know I’m Right, Episode 50: Steve Cohen’s Huge Impact, NFL Media Rights (Audio)
Posting....