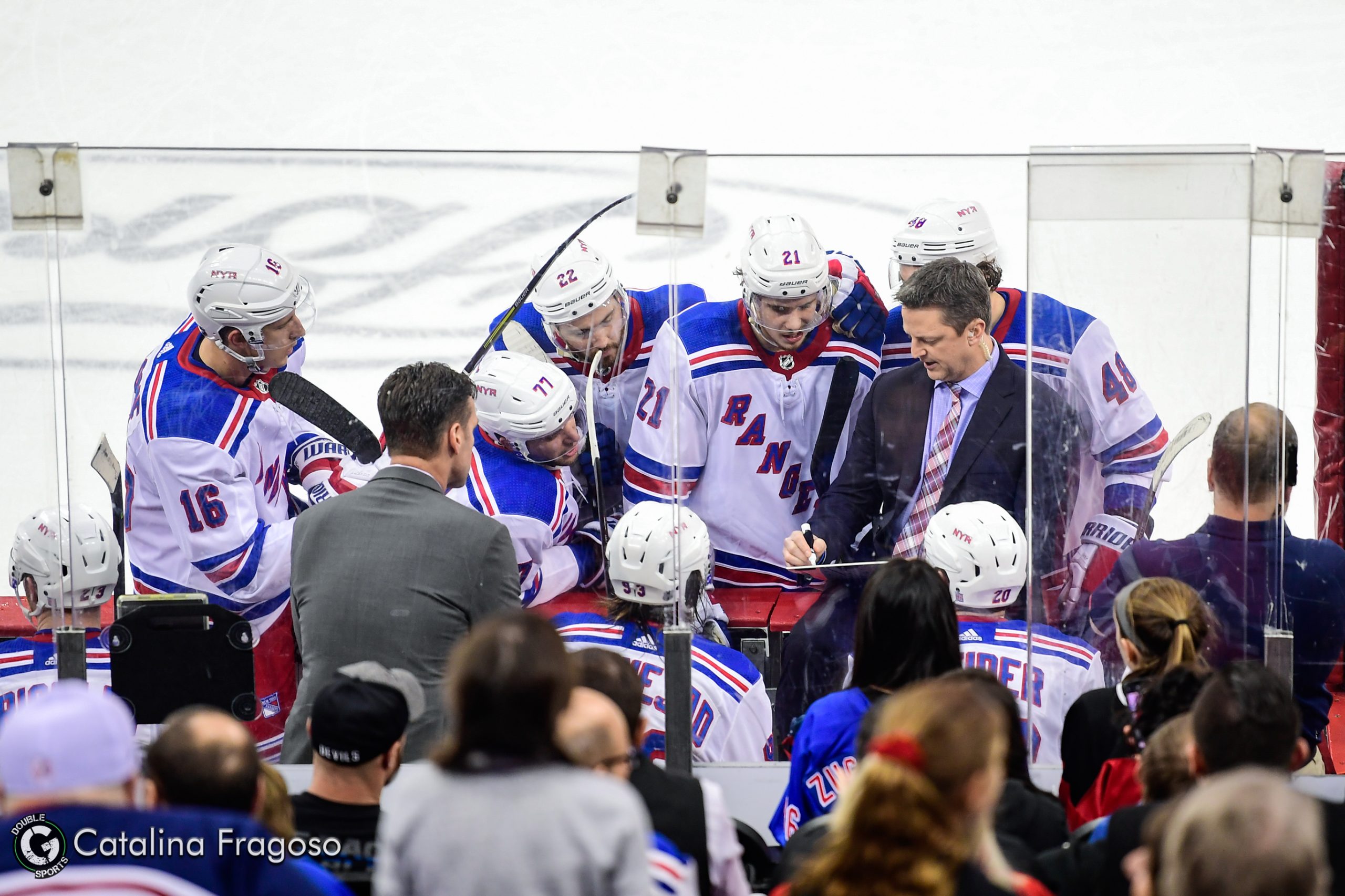 2020 NHL Draft Tracker: First Round Recap for the Rangers and Devils

Day one of the 2020 NHL Draft is in the books and as expected the New York Rangers picked Alexis Lafreniere first overall.

While the spotlight was on the Blueshirts Wednesday night, the Los Angeles Kings also made history by selecting Quinton Byfield second-overall. Byfield, a Newmarket, Ontario-native became the highest-drafted Black player in NHL history, passing Evander Kane and Seth Jones, who were both selected fourth-overall in 2009 and 2013.

Once it was time for the Rangers to make their first-overall pick, NHL commissioner, Gary Bettman sent it over to the Ranger war-room, where Rangers team president, John Davidson, and general manager, Jeff Gorton were sitting together with the rest of their staff. Without hesitation, Gorton announced, “the New York Rangers are proud to select, from Rimouski Oceanic, Alexis Lafreniere.” Rangers fans made some creative posts on Instagram, to show their excitement.

The New Jersey Devils and their new general manager, Tom Fitzgerald, entered this year’s draft with three first round picks– more than any other team. At seventh-overall, the Devils picked Swedish winger Alexander Holtz, who many believed had the most elite shot in this draft.

With the 18th and 20th spots in the first draft, Jersey’s team selected a tenacious center Dawson Mercer and six-foot-four defenseman Shakir Mukhamadullin. Since 2017, the Devils have added six first-round picks, but have not been able to change their regular season fortunes.

New Jersey has needed more talent on defense ever since their last Stanley Cup victory in 2003. The only former first-round pick currently on the Devils defense is Mirco Mueller, so this franchise is hoping Mukhamadullin will develop into a reliable presence on the blueline.

What the Experts Say about 2020 NHL Draft Top Pick

As soon as the Rangers picked Alexis Lafreniere, all of the high-profile NHL Network and TSN analysts, like TSN’s Draft Expert, Bob McKenzie weighed in. McKenzie described how different Lafreniere’s draft night experience was, due to COVID-restrictions.

“Lafreniere comes from St. Eustache which is just 20 miles away from Montréal, but boy, where he is now sitting in his living room is miles away from what it could have been.”

What McKenzie meant was, it would have been an unforgettable experience for Lafreniere to hear his name called first in the draft and throw on an original six jersey in front of everyone at the Belle Centre. However, because of the pandemic, the 19-year-old Quebecker chose to watch the draft in his living room with his parents and sister and refrained from having friends present.

At 6’1″, 200 pounds, Lafreniere is physically ready to play in the NHL next year, but Ranger fans should not expect him to play like Mark Messier next season. Remember, Lafreniere only has experience playing in Junior hockey, while the Devils highest first-round pick, Alexander Holtz spent most of last season playing in the Swedish Hockey League (SHL), Sweden’s highest division. The big question that will follow Lafreniere around next year will be is he ready to contribute to the Rangers offensively next year. However, many analysts are projecting he is ready to score at least 60 points next year, which is a little high.

That Other First Round Pick

Schneider comes from Prince Albert, Saskatchewan, a city that is called “the Gateway to the North” because it is the last major city on the route to the sparsely populated north of Saksatchewan. At the 2020 NHL draft, Schneider was one of only five defenseman taken in the first round.

Schneider’s physical brand of play is as cold and rough as the northern regions of Western Canada and the part of his game Ranger fans will love most, is his physicality. Here is Schneider delivering a crushing open-ice hit an opposing skater in a WHL game earlier this year.

Craig Button is a former NHL executive and scout. When the Rangers picked Schneider, Button had a message for the Rangers fan-base.

“I don’t think the Rangers fans and David Quinn are going to like him, because he’s really competitive and he plays physical, hard and he makes life difficult for opponents and he’s no fun to play against,” Button said, “Let me tell you this, if you want to grab space against Braden Schneider, good luck because he’s not giving it up easily.”

Schneider is just the type of player the Rangers need.

There were rumors the Rangers might trade their first-overall pick, but Gorton went with the consensus first-overall pick. The Rangers’ second first-round pick, Schneider looks like he plays an exciting brand of hockey, but as most defenseman do, he will take at least a full year to develop like, Ryan Lindgren and K’Andre Miller.

The Rangers, for years, have lacked toughness on their blue line. While the Rangers might already have  Jacob Trouba and Ryan Lindgren  to keep opponents in check, so to speak, it was necessary to add another physical defenseman like Schneider. Remember, every Stanley Cup contender has at least three or four big and physical defenseman, including K’Andre Miller who attended the Rangers’ training camp in July.

The NHL and NHL Players Association recently announced their “targeted start” for the 2020-21 season is Jan. 1, 2021. The five first-rounders that the Rangers and Devils drafted will have more than adequate time to prepare themselves for their futures in the NHL.