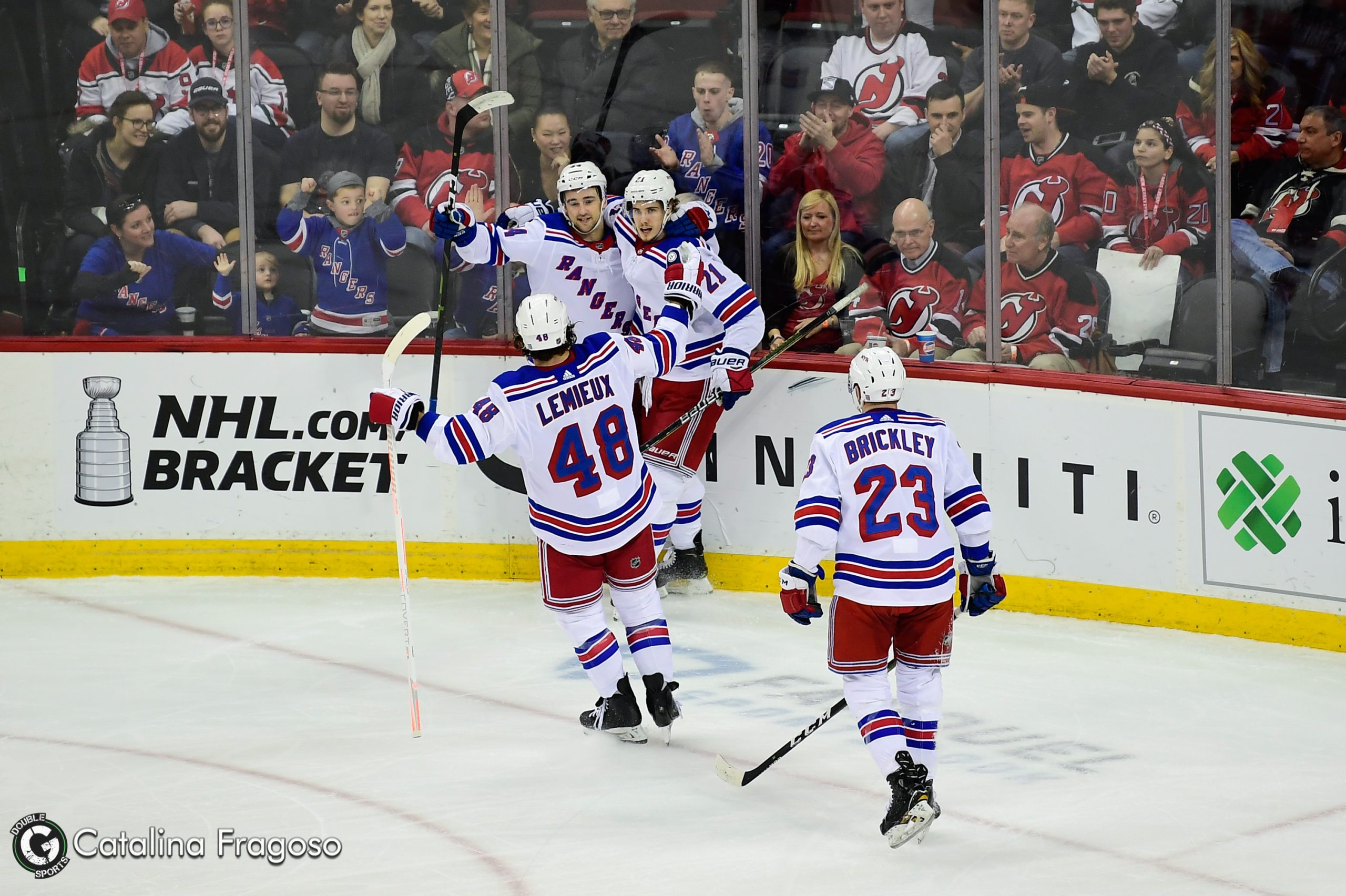 The general manager of the New York Rangers, Jeff Gorton answered some questions from fans Monday and in his answers he praised Alexis Lafreniere, who has topped most mock draft lists before the 2020 draft.’

While Gorton mentioned how impressed the Rangers have been with Lafreniere after speaking with him on several Zoom calls, the Rangers general manager also described how the COVID-19 pandemic may have had a positive affect on the players who will get drafted.

“Obviously he’s in a different situation where he’s been considered a high pick for a very long time; that’s now extended into a few more months, so it’s a little bit of a crazy process for him.”

Gorton was also asked by Rangers fans if he would consider trading one of the Rangers’ nine draft-picks other than the number-one for a veteran player to help the young defense and he said the Rangers would consider making a trade “similar to what we did last year to move that [second] first-round pick to get Jacob Trouba, I would think we’d be looking at all those scenarios right now, right to the end.

Even though this year’s draft will not have the same visuals of players throwing on the jersey on a stage and Gary Bettman getting booed, it will still have the drama surrounds last-minute trades. Both the Rangers and New Jersey Devils have a lot of picks, and the Devils have three first-round picks that they could dangle in front of other teams looking to pluck a player from this year’s talented pool.

Are the Rangers Eyeing Jack Eichel?

After the Buffalo Sabres missed the playoffs in 2020 for the ninth-straight-year, their captain, Jack Eichel was asked how he felt about the future of the franchise.

“I’m fed up and I’m frustrated … I’d be lying if I said I’m not getting frustrated with the way things are going.”

Then on Sept. 28, 2020, TSN’s Bob McKenzie stirred up the trade rumors around Eichel by tweeting that he was hearing “the Rangers were among the teams who were interested.”

The messaging out of BUF is Sabres aren’t shopping Eichel, there’s no real desire to trade him, but since Kevyn Adams became new GM several clubs have called about Eichel’s availability. NYR believed to be one of the teams that called. So calls were made; calls were taken.

If Eichel wants out, the Buffalo Sabres could offer him in exchange for high first-round picks at the draft, This begs the question, could the Rangers be interested in trading their first-overall-pick for Eichel? The Rangers should only do this, if Buffalo is willing to trade their franchise player and the eighth-overall-pick.

Why the Rangers Should Keep First-Overall-Pick

On the NHL Network’s flagship studio show, NHL Tonight, analysts describe Lafreniere as a smart, skilled left-winger who can become the best winger in the NHL very soon. This sets the bar very high for Lafreniere, who is just 19-years-old but when analysts like Brian Lawton say it, it carries some weight.

Lawton was the Lightning’s general manager when they picked Victor Hedman in 2009, was also selected first overall in the 1983 NHL draft by the Minnesota North Stars. So, he knows a little bit more than most about the NHL draft.

Back in the 2008 and 2009 NHL Drafts, the Tampa Bay Lightning made two picks that would forever alter the course of their franchise. In 2008, they selected Steven Stamkos first-overall and, in 2009, they picked Victor Hedman second-overall. These two players became the cornerstones of their franchise and were absolutely vital to the Bolts winning the Stanley Cup this year.

This is a very important reason why the Rangers should resist the urge to trade away their number-one pick even if Jack Eichel is dangled in front of them, because Lafreniere may end up being as important to their franchise as Stamkos and Hedman have been to the Lightning.

InTheZone.io will continue to provide coverage of the NHL Draft.