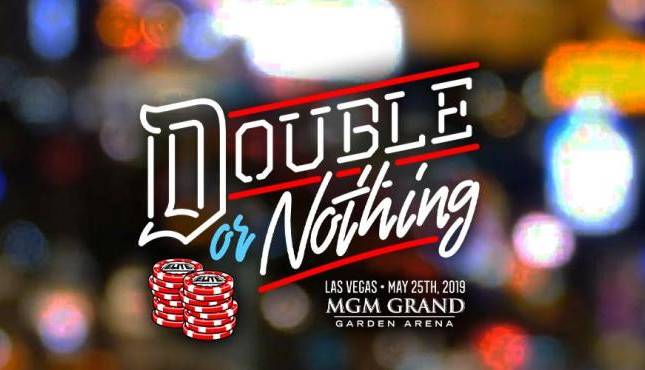 With veterans and rising stars on the roster, AEW is looking to make a major impact in the pro wrestling world.

History will be made when AEW’s first major event, Double or Nothing, will be live and available for all wrestling fans. This event is the culmination of months of planning by Cody Rhodes, The Young Bucks and Kenny Omega. The landscape of professional wrestling will change once the first bell is rung.

There will b a pre-show and a main card, with various ways to watch:

–The Buy In Pre-Show (7 p.m. ET): Fans can watch the one hour show for free on B/R Live or on the official All Elite Wrestling YouTube page.

And now, it is time to predict winners of the matches that will be taking place.

Surprisingly enough, these two have only fought one-on-one once, at Wrestle Kingdom two years ago. The main event is essentially WWE’s top guy v. NJPW’s top guy. Regardless of status, these two are worth enough to main event AEW’s first major show.

While Jericho could use a win back, the feeling is that young stars will be the central theme of AEW. Add in the fact that this match is for a shot at the AEW Championship, and it is a no-brainer that “The Cleaner” gets the win.

Two of the top tag teams on the planet (see a theme here?) will face off in what is sure to be a match of the night candidate. These four individuals have seen plenty of one another, and the booking of their feud has been extremely simple. The Bucks took the AAA World Tag Team Titles from the Lucha Brothers, making this bout personal.

The Young Bucks have not really wrestled a true bout since the end of 2018, but have been training extremely hard. Pentagon and Fenix, on the other hand, have been wrestling all over the world on a daily basis. While it would make sense for the Lucha Brothers to get some sort of revenge here, I don’t recall them being full-time AEW talent. The end result might be inevitable if that is the case; Young Bucks coming out on top.

Bad blood is one way to describe this match. Once pitched in WWE, the feud between Dusty Rhodes’ sons did not go over so well. Since that match, Cody left WWE and created a much-needed buzz in pro wrestling. Dustin (Goldust to you) is in the best shape of his career and has had a great run the past few years. This match is basically the new blood v. the Attitude Era, as Cody wants to end that successful aspect of WWE programming. In his way is his brother.

This may be the last go-around for Dustin, but that does not indicate he will win. AEW is about the younger talent, and although Cody isn’t a true young gun, he represents what the company is. In a war between two former WWE employees, it is the youngest son that must vanquish the older one.

This is a showcase of three of the top women in AEW. Kylie is starting to become one of the most beloved figures in the companies short run, while Baker appears to be groomed for success.  A wildcard in the bout, Nyla Rose might be the one to impress the most in this match. While you may think they want to establish Rose as the dominant star, a triple threat match can result in various outcomes.

With Dr. Britt Baker getting exposure at red carpet events, a win would boost her profile. It would help her be considered a contender for an eventual women’s championship. Keep an eye out for the Rae/Rose portion of the match, as it has a chance to impress any fan.

With AEW’s new partnership with OWE, this match pits six of the top talents in the world against one another. SoCal (featuring Christopher Daniels, Kazarian and Scorpio Sky) are the elder statesmen, but since joining forces have been a true comedic/powerful force. It is believed that SoCal Uncensored are playing the bad guys here, so Cima and company should walk out the winners here, right?

Folks, this is another showcase of some of the best female athletes in the world. Aja Kong is a legend in the business. Every person in this match serves a purpose and are considered some of the top fighters in Japan. The thought is that the team led by Kong will win. One thing is for sure: this will not be a bathroom break match.

There are so many good tag teams in AEW. Chuck Taylor and Trent Beretta are fan favorites, having been exposed to the American market via NJPW and Ring of Honor. Angelico and Evans are most known for their time in Lucha Underground. They are also known for creating highlights in whatever ring they are in.

Best Friends wanted this match after feeling discouraged by the fact they were in the Battle Royale. What better way to showcase why they belong than by facing Angelico and Evans? If anything, the conquering heroes should beat the heel-like Best Friends in what should be an absolutely wild affair.

Sammy Guevara vs. Kip Sabian (The Buy In pre-show)

For months Sammy Guevara has been looked at as a cocky kid who everyone hates. His in-ring skills back that claim up. Sabian and Sammy got into a little tussle at the weigh-ins before the big event. While Guevara ended up on top in that exchange, there will be no swerve in this bout. Guevara needs the win to secure his spot as one of the top heels in AEW.

The first match of the night will determine a contender for the AEW Championship. That is one hell of a way to get fans to tune into the pre-show.
A lot of the highly-touted Stars AEW has signed are in this match, including MJF, Sonny Kiss, Jimmy Havoc, Joey Janela and Brian Pillman Jr. Elder stars like Glacier and Shawn Spears (Ty Dillinger) and Billy Gunn are also involved, with a few surprises expected.

As far as surprises go, Jon Moxley may end up showing up. Since leaving WWE, Moxley has been linked to AEW. If there is anything that a wrestling fan should know by now, however, it is to not believe everything you hear. Hangman Page is reportedly injured after his bout against PAC was canceled. Months ago, it was expected that bout would consider the AEW Champion. Now that the match is off, what better way for Page to get closer to the title than by winning the Battle Royale? If PAC was to return to AEW you could make their feud elevate for the world title. Hangman winning and getting a huge push would be what AEW is all about.

Top Five AEW Stars That Can Thrive With The Company
Cody v. Dustin Rhodes at AEW’s Double or Nothing was pro wrestling at its best