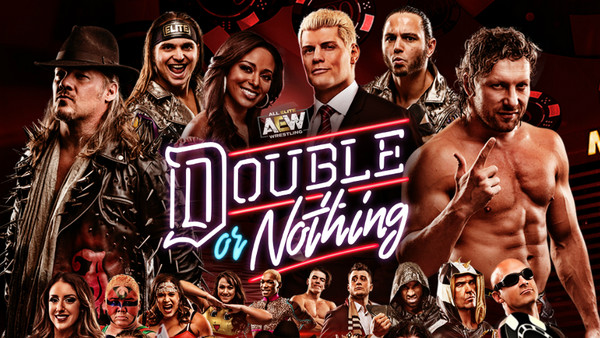 Top Five AEW Stars That Can Thrive With The Company

From local talent to crowd favorites, AEW can be a gateway to greatness for some wrestlers.

As we are getting closer to All Elite Wrestling airing on TNT, it is hard not to think about how we got to where we are today. Cody Rhodes left WWE to go out on his own. Three years later (the anniversary was this week actually), Cody is making history with a plethora of his friends.

With the Double or Nothing PPV happening this weekend, AEW has a chance to showcase all of the stars that they believe will lead them towards the future. With an emphasis on tag teams, wins and losses and women’s wrestling, the AEW roster is filled with young and hungry individuals. By showcasing some of these talents to the mainstream media, AEW has a chance to turn stars into megastars.

Here are five wrestlers that can benefit the most from AEW’s rise. They may end up becoming the star you end up telling your grandkids about.

At 26, Kylie Rae is a breath of fresh air in the pro wrestling world. Her bubbly personality is matched by her intensity in the ring. A Reality of Wrestling and AAW Women’s Champion, Rae was one of the first female talents to sign with AEW. If Bayley had a sister it would be Kylie, and that is not a knock on either of these women.

Fans love her infectious personality, as seen at the Double or Nothing press conference. Coming out to the Pokemon theme song, Rae helped two fans get engaged. The crowd was loving every second of what she is all about. Rae is being featured in one of the top women’s matches at Double or Nothing. It shows how much Cody, Brandi and company believe in her. In the end, AEW may have a true crowd favorite on their hands.

One of the most creative wrestlers on the independent scene today, Joey Janela has created a massive following over the years. How? By giving the people what they want. Fans want to be wowed when they go to an event; they truly want their wrestling to be an escape from reality. Janela offers all of that and more.

With Spring Break and his run at All In, Janela has shown he could be a true warrior in the ring while also having the mind of a true wrestling booker. If he can get fans to go crazy thanks to two invisible men fighting, then something must be right. While he was injured heading into Double or Nothing, Janela can help shape the wrestling world with the rest of the Being The Elite cast.

Shoutout to Penelope Ford, who is more than a valet. The duo can definitely create magic, whether together or competing separately.

That is Dr. Baker to you, folks. Women’s wrestling is at its peak right now. There are some leaders within certain organization; WWE has Charlotte Flair and Impact Wrestling has Tessa Blanchard. AEW may have their answer in Baker.

One of the more surprising things to see was Baker at the premiere announcement of AEW on TNT. While her story of a woman who successfully achieved two dreams is something to get a casual fan invested (her own practice and wrestling), her in-ring work is exceptional. She was also showcased in the women’s fatal four-way at All In. An ICW Women’s Champion, Baker is scheduled to face the aforementioned Rae and Nyla Rose to show what the women of AEW can do.

AEW wants to bring a focus to the women’s division, and what better way to do so than by having Dr. Britt Baker at the forefront of their revolution?

This man really is the salt of the earth. Long Island’s Maxwell Jacob Freidman is only 23 and is considered one of the top heels in wrestling today. A champion in CZW, MLW and MCW, MJF has quickly taken the wrestling world by storm, which is impressive considering how long he has been putting his trunks and scarf on for. Citing “Rowdy” Roddy Piper as one of his idols, MJF has managed to irk fans all over the world, young and old.

MJF has come a long way from his days in Create A Pro. He regularly gets kicked out of Starrcast events, gets toilet paper thrown at him (he’ll sue you but fans still do it) and he has a great singing voice. Putting someone as brash and arrogant as he is on a major TV program seems to be a no-brainer. With Cody seemingly backing him up, MJF’s young career is already off to a hot start compared to most.

Regardless of what you may think of him, MJF may end up being the future of pro wrestling. Now, pay the man his money and don’t let any poor people interact with him.

It could be said that AEW was made for Hangman Page, and vise versa. The Young Bucks have always praised Page’s skills, and for good reason. A heavyweight that moves like a cruiserweight, Hangman really stepped it up in 2018 and in 2019. For example, whenever he competed in Ring of Honor you never knew what he would do next.

Once a teacher, Page’s love for pro wrestling became a priority. Given true opportunities to succeed in the ring, he never looked back. Page’s comedic timing is fantastic as well as his ability to get the crowd going just by his presence alone. Just think about his feud with Joey Ryan that was mainly been produced on a YouTube channel.

While he was supposed to start a feud with Pac, AEW has big plans for the potential future world champion. It appears he could be the center of the AEW universe. If promoted correctly, Hangman Page will be a true main event player for years to come.