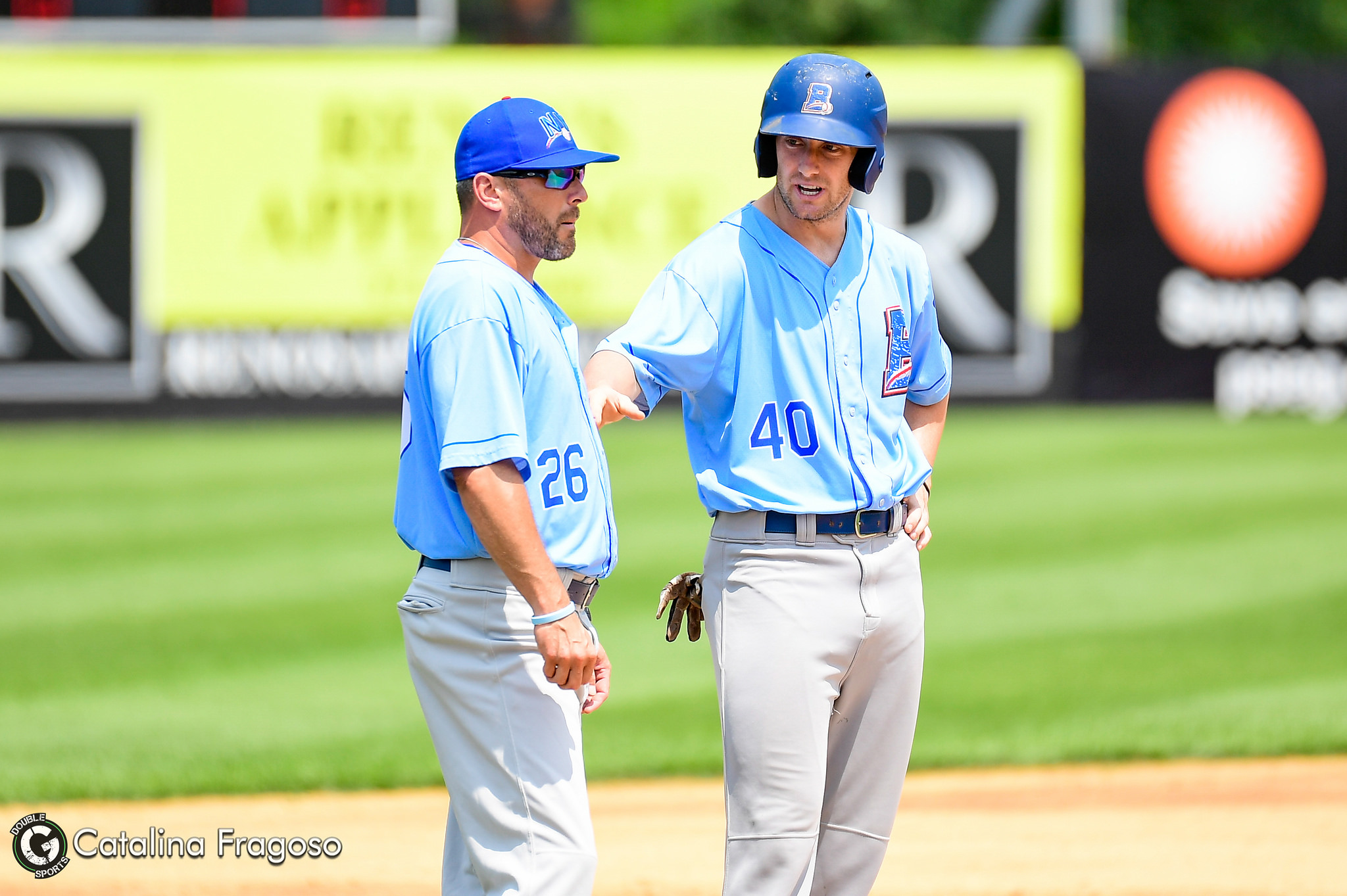 Rockland Boulders Manager Jamie Keefe said, on the coaching/management side, this is the toughest ride he has been through.

“My 17th year managing and never been through injuries like this, just a hard test and shows the true grit and grind that these guys have been through and what it’s meant to them to work this hard to get here.”

Fresh off a shutout loss to New Jersey in the 2018 regular season finale at Palisades Credit Union Park last Sunday, there was no rest for the Boulders finishing up final eight games of the season on the road. Starting a four-game set at Trois-Rivieres, the pitching staff delivered in the clutch with solid starting performances from Nick Sarianides and Chris Pennell.

In the series opener, Sarianides tossed six innings while throwing 108 pitches, allowing one run on three hits, walking four and striking out eight. The offense came alive due to the home run ball as Conor Bierfeldt and Rylan Sandoval went deep. In the seventh, the Boulders broke open the contest with a four run spot. Tempers flared in the eighth as Boulders relief pitcher Trey Haley plunked Aigles third baseman Taylor Brennan leading to a bench clearing brawl.

“Nick Sarianides banged up all season, four days ago threw 58 pitches and said to me give (Kevin) Krause on Monday and we’re getting right off the bus and setting a tone, said Keefe. He never threw over 58 pitches in a game and 3 2/3 innings before. We swung the bats well, scored the runs when we needed to and our defense was really good.”

Making his second start the very next night, Chris Pennell dominated on the hill, hurling 6 1/3 innings while surrendering one run that was unearned on two hits, two walks and fanning five. Pennell set down the side in the order times, retiring eight in a row at one point and later in the contest six in a row.

Scoreless in the fifth, Reggie Wilson broke a deadlock, blasting a massive two-run homer deep over the right field wall. Wilson drove in this third run with a double in the seventh inning. Up 4-2 in the ninth, Nick Kennedy escaped a jam with runners on first and second retiring Javier Herrera on a force out to record his second save of the season.

“A special performance by him (Chris Pennell) and bullpen was great,” Keefe said. “Sometimes you find lightening in a bottle, he threw a couple of innings and pitched really well. Offensively we had an opportunity to break the game wide several times but we didn’t do it. We did some small things today to take the lead, keep the lead going and two out hits have been awesome.”

On Reggie Wilson, “We needed that all year and waited for the right move, I have never seen a guy hit that one far in this ball park (Stade Stereo+). He gets on base and we know what’s going to happen. Lots of thins that go into this team and speed we lacked all year and have someone at the bottom of the lineup that can press the issue.”

It may have taken until Game 96 to clinch a fifth consecutive appearance in the Can-Am League Playoffs but the Boulders accomplished that feat without even having to complete a game as Wednesday’s contest was suspended due to rain. Coupled with New Jersey’s 10-2 loss to Sussex County clinched the playoff berth.

“Earlier in the season I say mid to late June it was still in question if we were going to make the playoffs but just what we did over the past month and way we grinded through,” said Keefe. “Adding guys to the roster who have come in and been huge for us. The acquisitions we have made the past six weeks and what’s changed our season and us as a team. We just couldn’t get stinking healthy this year, lost seven pitchers to injury and two guys we had on the roster at the beginning of the year and just crazy.”

“I can’t fathom how we got here and now can step back and take a deep breathe and realize we’re here now. We checked our number one box that is to get into the playoffs and come Wednesday all the boxes are checked off. A new starting line, we can take off and do whatever we want. Going to take a lot of hard work and dig deeper but have dug as deep as we can at this point and icing on the cake.”

“We’re going to have fun with this and been one hell of a bumpy one and worst ride of the year, life in an airplane every time about to descend and you hit another air pocket and descend 75 feet and stomach drops and been that way all year. Nobody knew who was going to show up on a daily basis. When we popped those champagne bottles, everyone had a bottle and a breathe of fresh air I had not felt this year.”

Despite leaving 19 runners on base in the remaining two games of the series, Rockland managed to split taking three of four in the series. Reggie Wilson ended up going 5-for-16 in the series with six RBI while the bullpen shut the door yielding just three runs on 11 hits, three walks and tallying 17 K’s. Kyle Hansen notched his 17th save of the season.

The Can-Am League announced their All-Star Team this week and catcher/outfielder Kevin Krause was on the list. Leading Rockland in hitting at .325, 115 hits, 64 runs scored, 26 doubles.

“We needed him to catch and he stepped up and did one hell of a job back there and a great year,” Keefe said. “Probably the best pure hitter in this league, a knack for putting the ball in play with two strikes and just incredible. We as an organization congratulate him for his accomplishments in making the All-Star Team and more importantly thank him for representing us on the field and playing as hard as he did through 100 games.”

The Boulders (52-46) wrap up the regular season with a four-game series at Ottawa (39-58) this weekend. “What we want to do is enjoy the game a little bit next four days,” said Keefe. “Purposely set up our pitching the way we want and roll into the playoffs.”