Former tennis pro, Neha Uberoi Khangoora is the Co-Founder and CEO of South Asians in Sports.

Neha Uberoi Khangoora quickly developed a zest for the game of tennis at the ripe age of three-years-old. At the age of nine, Neha and her sister Shikha (one of five sisters in the family), moved to Florida to train at a tennis academy.

“I started training six days a week, six hours a day, with one of my older sisters when we moved from New Jersey to an academy in Florida,” Uberoi Khangoora told In The Zone. “We trained there every day, two little skinny Indian girls trying to make it. It was very calculated day-to-day,  what I ate and how I trained. My sister and I had to put on a lot of muscle and spend a lot more time in the gym than our counterparts. My father had huge plans for us to be athletes and he drove us to push to that elite level.”

Fast-forward to college, Uberoi Kahngoora attended Princeton University at the age of 16-years old. While at Princeton, she excelled on the court by earning All-Ivy League Rookie of the Year honors. After a year at Princeton, Uberoi Khangoora got the opportunity to play on the WTA (World Tennis Association) tour.

“Education comes first, so it was not an option not to go to college,” Uberoi Khangoora explained. “But it was a stepping stone for me in my route to professional tennis. I applied and got into Princeton University at 16, I was young. I left after a year, following in my sister’s footsteps on tour. I played on the tour for about five years, then I came back to Princeton after a six-year hiatus to graduate, which was very difficult, but I survived.” 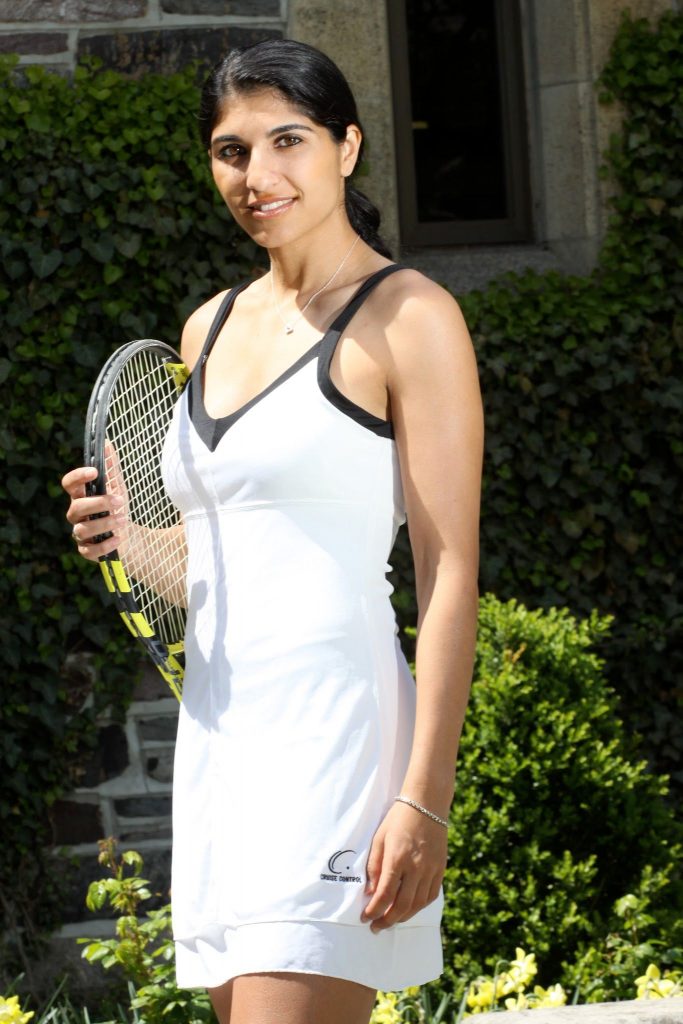 For Neha, there were plenty of memorable experiences while playing professionally, including acing off against her sister Shikha on the court, and having the opportunity to travel around the world.

“We lived in hotel rooms and for a while stayed in people’s homes because we didn’t have money on tour,” recalled Neha. “I was with my sister, we had a blast, and we would laugh, and then I think the sense of humor would just take off any of the stress we had when we had a bad loss or even good win not to take ourselves too seriously. I’ve been to so many places across the US, the Midwest, Deep South, and also globally. It just reminds me everyone is the same, everybody wants the same things and cultures are different and beautiful each in their own right.”

After a six-year career in tennis, Neha decided to retire, at which time she returned to Princeton to complete her undergraduate degree in sociology. After graduating, she would work in various marketing jobs. At the same time, Neha developed an interest in clinical social work, and grabbed internships at Year Up and Mount Sinai Hospital.

“When I left the game, it was a mental burnout; I got a pretty bad eating disorder,” Uberoi Khangoora described. “There was a lot in my life crashing down, the toxicity of the people around me and pressure I put on myself. That’s kind of where the drawbacks we have being South Asian; we push so hard that we sometimes don’t see what it does to the person. As a young woman who was maturing, it’s tough for me to talk about that openly, especially with my parents that sacrificed so much, so leaving the game was a choice I had to make, and that was so difficult.”

Neha knew she needed to put her efforts back into school and finishing out her degree at Princeton.

“I fought nail and tooth to graduate from there and to come out on top,” she said. “I said, what do I do with my life, and what is my purpose. I thought my purpose was to be this Wimbledon champion, and I’m not, so what does that mean for me? Do I even have worth as an individual now and didn’t know anything about who I was. I started learning through trial, and that takes guts, and it’s not pretty. You’ll find remnants of me learning and trying all over the internet with my blogs, YouTube, and going into marketing and having my own marketing business with three or four clients.”

The Creation of South Asians in Sports

Ripening her skills even further, Uberoi Khangoora jumped back into the sports arena in 2016 as the co-founder & CEO of South Asians in Sports. 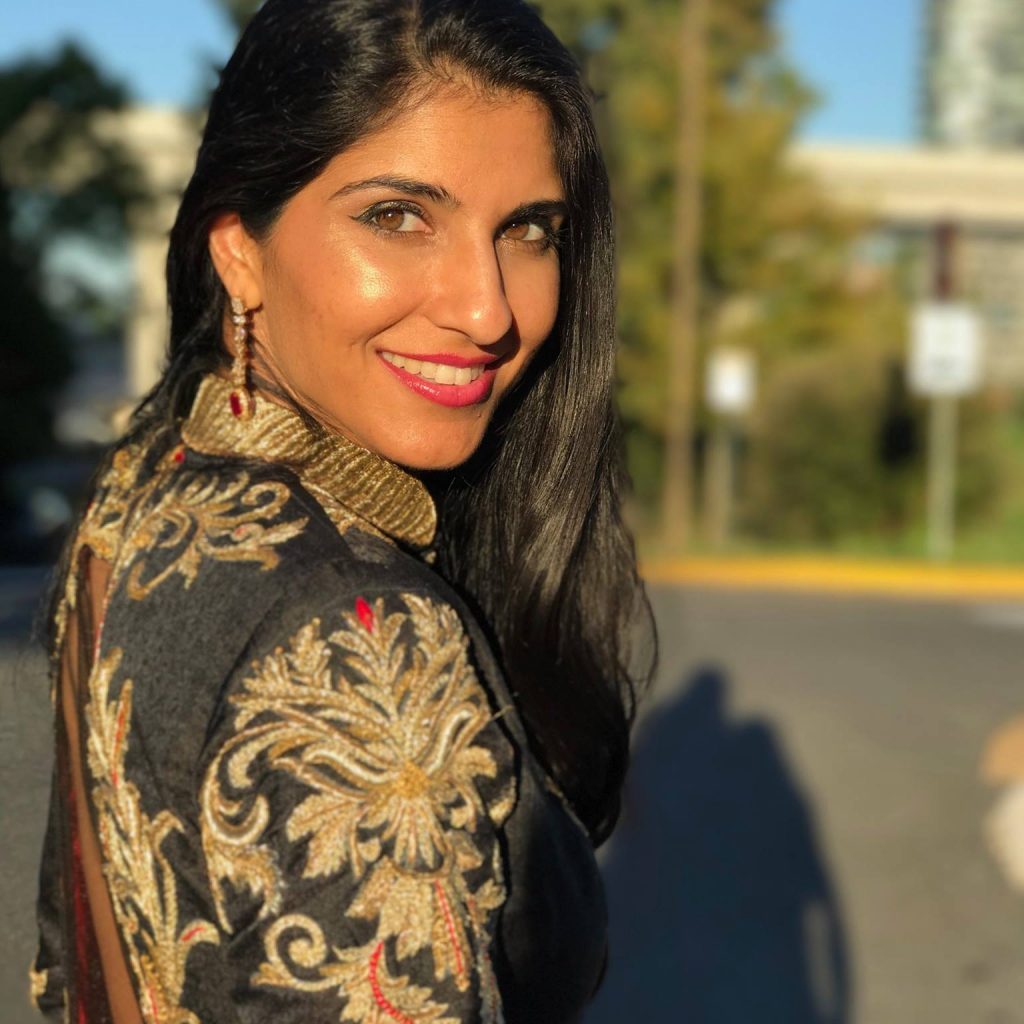 “South Asians in Sports is a network of South Asian sports industry professionals, people who are either athletes or coaches working,” Uberoi Khangoora explained. “I started this back in 2016-17, officially became a nonprofit, and the goal is to connect, energize and empower those who are working in sports and looking to work in it. The goal is to increase the number of South Asians who see sports as a viable career option and can have a network to support them to make them rise the ranks and get their foot in the door. Those are the two things we’re trying to do.”

With the sports network, Neha has been able to combine her passion and love of sports with her background in marketing.

“We do this through advocacy, education, and promotion, so a lot of the stuff we do is networking events. They’ve become digital, just as successful, and we do panel discussions. We rolled out our first mentorship program this year. This organization thrives on those who have already paved the way for us, become ultra-successful and reach back and lift their community. We rely heavily on our mentors as well as our mentees who are hungry.”

Neha has made several other noteworthy contributions as well including as a clinical mental health professional working with athletes, guest speaking on mental health, sports, wellness, women’s empowerment, and serving on the USTA (United States Tennis Association) Board of Directors.

“My career objectives are to work with athletes who are currently playing and those who are transitioning out of the sport whether professional or collegiate,” Uberoi Khangoora explained. “There is a growing number now but just kind of an interest and understanding that the transition out of sport is difficult. Athletes are a unique population that requires special resources and aid in going through that journey in the process.”

“I’m the only South Asian that’s ever been on the board of this organization (USTA), and I think I’m the youngest board member and female. I think it’s been a great experience to step back into tennis this way and give back. Being on the board gives me that purpose, and it’s been fun to voice my opinion. To see that change is possible, but it takes a lot of time and years with the smallest of changes.”

Neha has already been through a lot in her athletic and professional career. So when asked what she would say to aspiring individuals who want to break into sports media, especially in India, she was clear in what it takes.

“I think it’s so much about the company you keep when you are trying to do something new and novice,” she explained. “Second, you have to be aggressive about what you are trying to do and make sure you have the skills to back it up when you get there. I’m seeing a lot of those people who can network and move, so make sure you have the skills so when that door opens up for you through your networks, you’re ready to shine, so work on your craft.”