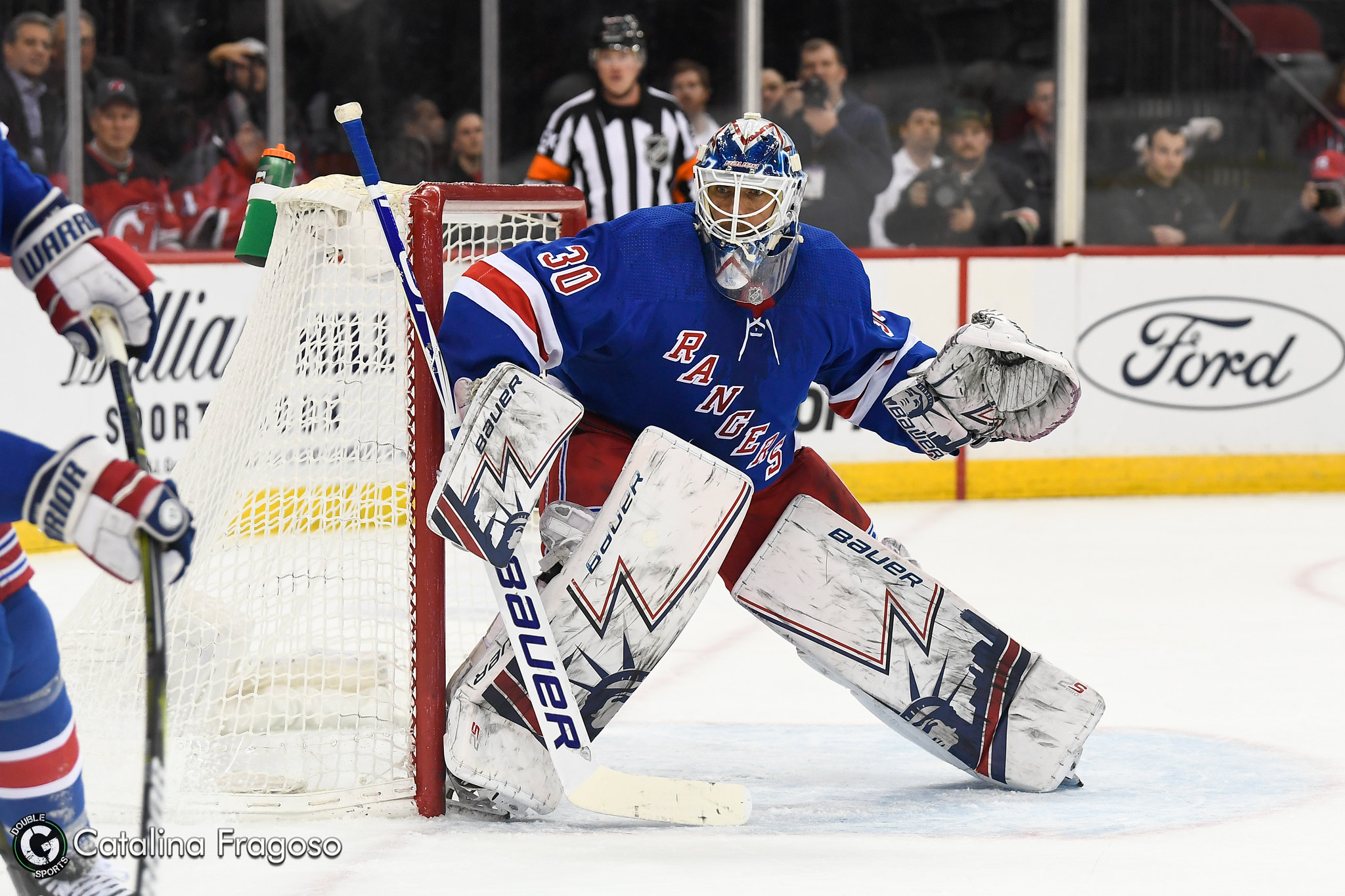 The 2010s was an interesting decade for the local hockey teams. The Flyers (2010), Devils (2012) and Rangers (2014) each found themselves in the Stanley Cup final while the Islanders (2016) won their first playoff series of the century. Some terrific players have come through during this past decade and we at Double G Sports collaborated to create a lineup, three forwards, two defensemen, a goalie and a coach, of the best players of the decade. *Note* all stats are from this decade only, not the player’s entire tenure with the team

Zuccarello was beloved by fans during his nine years on Broadway. The Norwegian joined the team in May of 2010 as an undrafted free agent. Despite injury issues, he managed four 50-point seasons while receiving votes for the Lady Bing Trophy twice and the Selke Trophy once. In the playoffs, Zuccarello scored 11 times and had 31 points including a memorable two-goal performance in series-deciding game 6 of the Rangers’ first-round matchup with Montreal. As part of the Rangers’ rebuild, Zuccarello was traded to the Dallas Stars at the deadline in 2019 and is currently a member of the Minnesota Wild. He was a fan favorite throughout his tenure and still beloved by many Blueshirts fans.

The first overall pick of the 2009 NHL draft, Tavares began this decade with his sophomore season. He had a number of memorable moments with New York, including scoring the overtime goal in game 6 of the Islanders’ first-round series with Florida to give them their first playoff series win in 23 years. He only appeared in the playoffs three times in New York but managed 22 points in 24 games. Tavares received votes for a multitude of awards, including being a two-time Hart Trophy finalist and a five-time All-Star. In the summer of 2018, Tavares chose to sign with his hometown team, the Toronto Maple Leafs, much to the ire of Islanders’ fans. He is viewed as a villain on Long Island now, but his work there over the past decade will forever have a place in Islanders lore.

The current Flyers captain is one of the most successful players of the 2010s. He has the most assists in the NHL this decade and ranks 4th in points. The six-time All-Star has led the Flyers in scoring seven times this decade and was named captain in 2012 following Chris Pronger’s retirement. He has been given votes for awards every season this decade and was a Hart Trophy finalist in 2013-14. At 31, Giroux still has some miles left in him and he will lead the Flyers into the 2020s as one of two players on this list still in the local area. He will continue to push to return to the Stanley Cup Final for the first time since he was a rookie back in 2010.

The Rangers’ number one defenseman for most of the decade, McDonagh was a staple on the blue line during his tenure. The two-time All-Star has had his fair share of playoff moments, none bigger than his overtime goal in game 5 of the Blueshirt’s 2015 second-round matchup with Washington. Down 3-1 in the series, New York needed to win to stay alive and McDonagh’s goal helped spark a series comeback that ended with the Rangers moving on the conference finals. During his tenure in New York, McDonagh has received votes for a number of awards, including the Norris Trophy. He was a fan favorite from when he came over from Montreal as a young prospect in the Scott Gomez trade until he left for Tampa Bay via trade in 2018.

While he may not have the name recognition outside of New York as the other guys on this list, Girardi was a solid, stay-at-home defenseman for the Rangers throughout his career. An All-Star in 2012, Girardi has received votes over the years for the Norris Trophy as well as the Lady Byng. Despite his low offensive output as a defensive defenseman, he scored one of the biggest goals of the decade; the game-winner in game 7 of the 2012 quarterfinals against Ottawa. He is one of the most beloved Rangers of the decade and he has since retired after playing his final two seasons with the Tampa Bay Lightning from 2017-2019 after New York bought out his contract.

One of, if not the most notable names in Rangers’ history, Lundqvist has continued his dominance in the 2010s. The 2012 Vezina Trophy winner was a finalist for the award one other time as well as a Hart Trophy finalist and a four-time All-Star this decade. As good as he was in the regular season, Lundqvist was even better in the playoffs, posting a 2.17 GAA and a .926 sv% in 98 games including an appearance in the 2014 Stanley Cup Final. He places 3rd in the NHL this decade in wins and 7th in shutouts. There is no doubt that his number will be retired by the Rangers and that he will be a Hall of Famer when he decides to hang up the pads.

When the new division alignments began in 2013, the Rangers also had a new coach. Alain Vigneault led the Rangers to some of their most successful seasons of the century, highlighted by a Cup Final run in 2014. He also captured the President’s Trophy in 2014-15. The Rangers made the playoffs four of the five years he was behind the helm and were Stanley Cup contenders the majority of the time. He is the Blueshirt’s most successful coach of the 21st Century so it’s only fitting that he’s the best in the area in the 2010s.

It was a very good decade for local hockey and the next one looks to be even better. All four teams have hope for present and future Stanley Cup runs and it wouldn’t be surprising to see at least three teams appear in the Cup Final again in the 2020s. Who could be on the next list 10 years from now? We may see names like Mat Barzal, Artemi Panarin, Kaapo Kakko or Jack Hughes. Maybe Carter Hart in goal. Maybe someone we don’t know about yet will make the list. It’s a long 10 years but, for now, we can all sit back and enjoy another decade of local hockey.