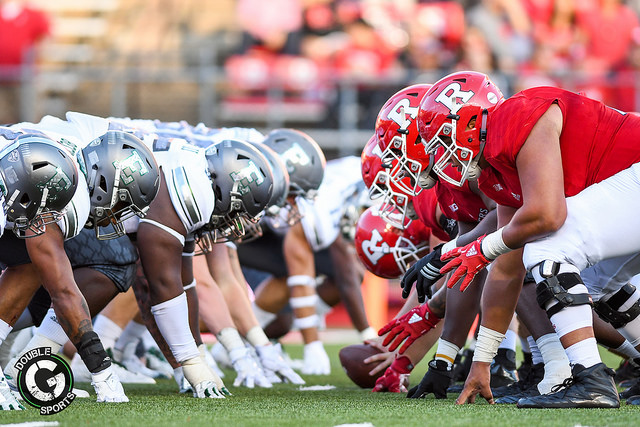 After hanging tough with a high ranked Washington team, the Scarlet Knights of Rutgers were back in action looking for the first win of the season. However, Rutgers not only lost to Eastern Michigan, it could have been it’s worst lost since entering the Big Ten Conference. Rutgers fell victim to the biggest win in Eastern Michigan program history by losing 16-13 Saturday in front of a game ready crowd of 37,661 at High Point Solutions Stadium.

Mental mistakes led to nine penalties committed, including the Dorian Miller “hands to the face” call that pushed Rutgers out of field goal range with just seconds left in the game. Rutgers has lost 11 straight games  for the first time since Nov. 14, 1998 through Nov. 6, 1999 and is 0-2 to start a season for the second time since 2004.

“I feel like as a team, we underestimated them,” starting wide receiver Damon Mitchell said after the game. “All due respect to Eastern Michigan, but you get a pat on your back from playing well with a ranked opponent the week before and then to come in here with a team from a lower conference, this was their championship game. We just need to have a better approach in the beginning.”

The defense came to play and put in the effort for Rutgers to come away with a victory, but the offense sputtered all game long. Starting quarterback Kyle Bolin struggled in route to completing 17 of 37 passes for 198 yards and also threw two key interceptions.

“Our game plan was to establish a run game and take shots down the field,” Bolin said. “I don’t think we did that to our expectation and that made us go back to what we feel like we are good at towards the end of the game when we were able to move the effectively. We just weren’t able to get points on the board.”

The grad transfer QB from Louisville didn’t display a great touch on deep balls, even though offensive coordinator Jerry Kill dialed them up early and often. Yes, he showed tenacity on Rutgers’ final two unsuccessful drives, but the near-pick six was inexcusable. However, the play call itself was puzzling. Janarion Grant had four catches for 47 yards on that drive alone, including two third-down conversions, and was open for first-down yardage on the play. Maybe it already is time to give Johnathan Lewis some extended playing time, as opposed to the two ineffective cameos he had Saturday.

“It’s just part of the football game,” said Bolin.” Sometimes, you’re going to be put in a difficult situation and how you respond to it determines what kind of football team you are. Unfortunately for us tonight, we weren’t able to get points on the board.”

The running game wasn’t great and struggled badly in the first half, as they continued trying to run up the middle and weren’t very successful. Jerry Kill did a good job adjusting and running outside in the second half, but not establishing a consistent ground game in the first half was a major problem. Robert Martin looked better than Gus Edwards and rushed for 68 yards on 13 carries, averaging his normal 5.2 yards per rush that he has for his career. Edwards was decent, but other than his 23 yard TD run, he averaged just three yards per carry on his other 11 rushes in the game. 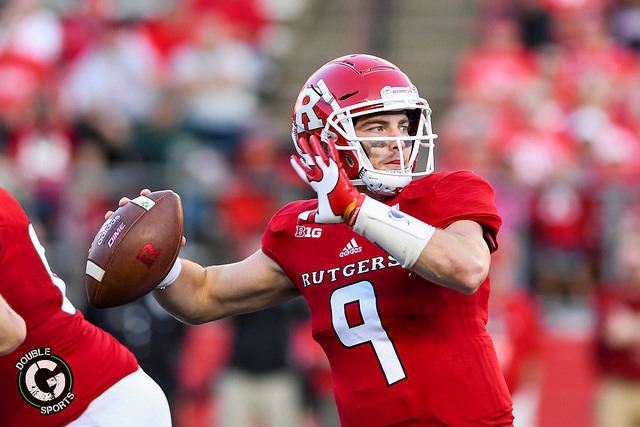 One of the few positives is the defense performed well again. They held EMU to just 4 of 17 on third down conversions and QB Brogan Roback was just 19 of 36 passing. He did throw for 260 yards and a touchdown, but the Rutgers defense held strong on three goal line stands, as EMU settled for two field goals and had the third attempt blocked. The bottom line is the defense played well and Rutgers didn’t lose because of them.

Last week, Rutgers shocked a lot of people on how well they played Washington. This week they remind those same people, how much work this program has to do. There is no other way to sum up this game other than a horrific loss for the program. This was likely the only game Rutgers will be favored in this season versus the spread, as next week’s opponent, Morgan State, is an FCS school and there will be no line.  While playing FCS opponent Morgan State should allow Rutgers a chance to regain some lost confidence, it really won’t mean much in the big picture. Time will tell if Rutgers can really improve from last seasons two win total.