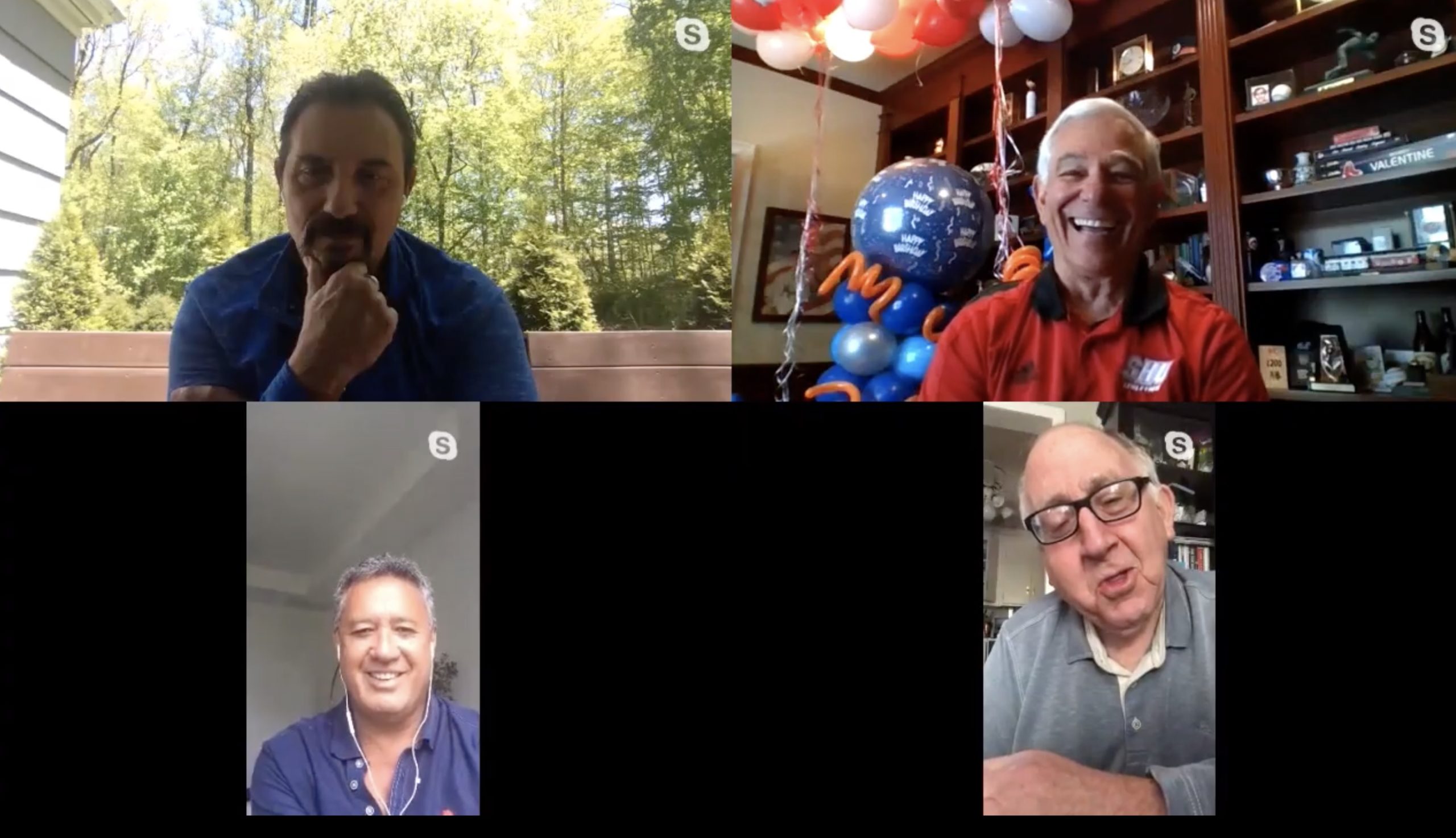 “Nobody did more for the city of New York than Bobby Valentine did,” Jay Horwitz said on a Zoom birthday celebration.

“Nobody did more for the city of New York than Bobby Valentine did,” Horwitz said in the call.

Valentine, a Stamford, Connecticut native, was drafted out of Rippowam High School by the Los Angeles Dodgers in the 1st round of the 1968 MLB June Amateur Draft. He finished his player career with 12 homers and 157 RBI. In 1985, he switched to a managerial role and headed the Texas Rangers (8 years), New York Mets (7 years) and Boston Red Sox (1 year).

Darling — an all-star Mets pitcher from 1983 to 1991 — and Mazzilli — an all-star Mets outfielder from 1986 to 1988 — were both on the 1986 World Series team. Valentine asked the two to look back at that time and they remembered it was Horwitz who was one of the first few friendly faces.

“The first face of the Mets that I saw was Jay Horwitz,” said Darling, who was traded from the Rangers in spring of 1982 in exchange for Mazzilli. “… All of you guys now have become great friends, and we’ve all been friends for a long, long time. I prize all of our friendships.”

Darling met Valentine in 1983 when the retired player served as the Mets third base coach. Mazzilli was reunited with the Mets in August of 1986 after being released by the Pittsburgh Pirates.

Valentine laughed and smiled as he looked back with the former players, but questioned how sports and the MLB would be now due to COVID-19.

“As a player, I wouldn’t even think twice about (playing with no fans),” Mazzilli said. “We have that competitiveness in us… We wouldn’t play the game any different with 50,000 or 10 people in the stands. I just think the juices flow.”

“I think absolutely the game would be played the same,” Jay agreed.

Valentine, Mazzilli, Darling and Horwitz continued to smile looking back at memories as about 172 people tuned into the Zoom call. Valentine ended his celebration by thanking the three guests for their friendship over the years.

“Jay and Ronny and Lee, over 30 years we’ve been friends,” Valentine said. “You’ve put up with my nonsense, you’ve answered my calls, you’ve given to my charities and now you’re supporting my university. I just can’t thank you all enough for being who you are and for being my friend today on my 70th birthday.”