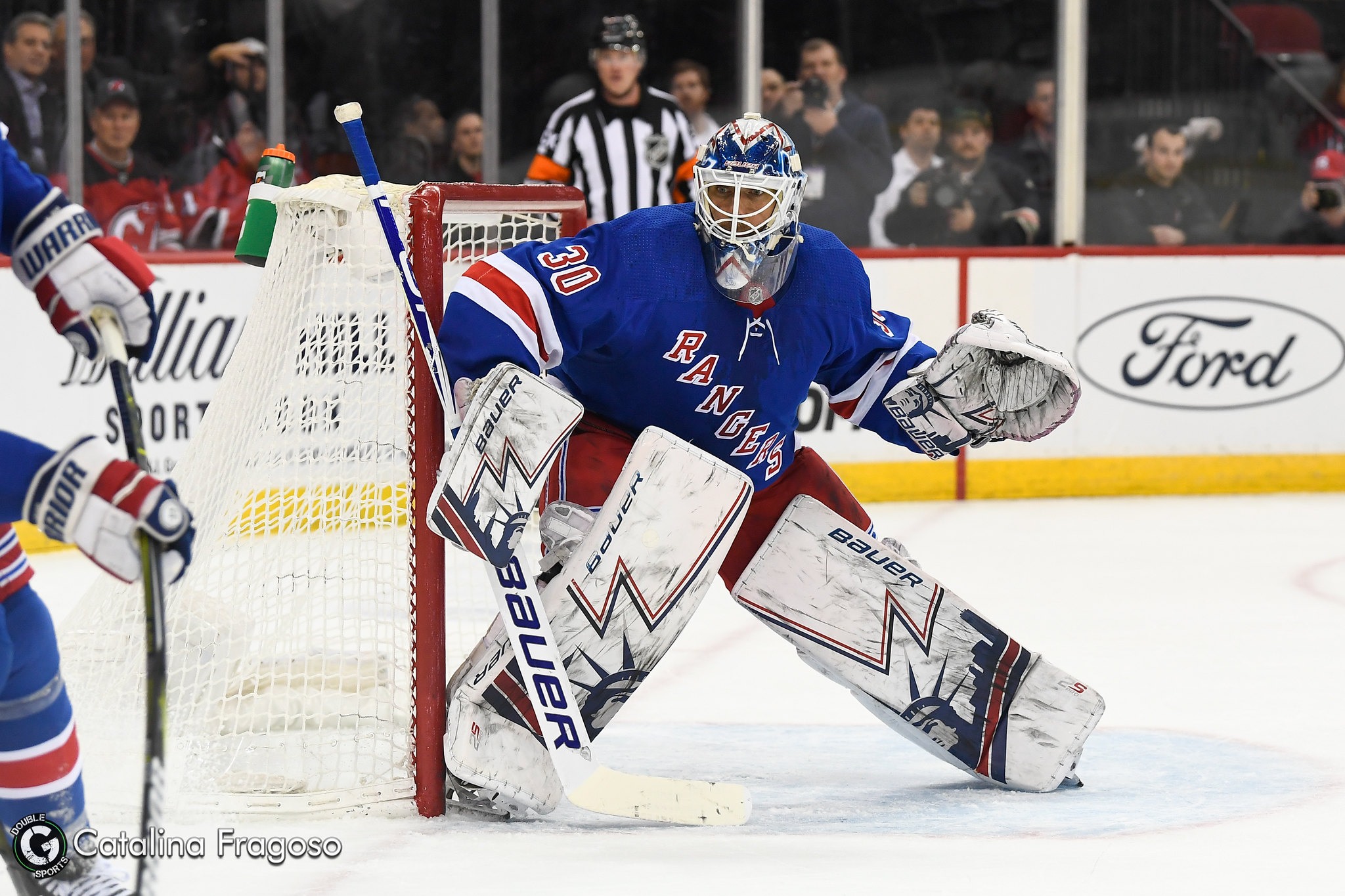 Henrik and Therese Lundqvist founded the Henrik Lundqvist Foundation (HLF) in 2014. On its website, the foundation defines its mission statement as:

“The Henrik Lundqvist Foundation, through its fundraising efforts and community outreach, strives to create positive change in the lives of children and adults throughout the world through healthcare and education services.”

For the past six years, the Henrik Lundqvist Foundation has followed up those words with action in many ways. In March, Henrik and Therese Lundqvist donated $100,000 to the Food Bank for New York City, which provided 68,000 meals for 8,000 kids and their families in New York City.

In any other year, Henrik would have attended an event like the 9/11 Charity Day, in-person but because of the pandemic, he has attended these events online. Henrik, who is known as “the King” to Rangers fans, has earned every ounce of recognition he has received during his NHL career, but it is HLF’s Young Ambassadors (HLFYA) who deserve equal recognition for the charitable work they have done during the pandemic.

The Henrik Lundqvist Foundation launched its Young Ambassadors program in 2015. According to the foundation, “more than 50 young men and women have participated in the program who have raised $100,000” for the foundation.

Meanwhile, a Young Ambassador named Nathan thought of patients sick with COVID and their loved ones for his project. In September, Nathan raised over $2,300 to donate iPads to COVID patients at Montefiore Medical Center in New York City.

Finally, a Young Ambassador named Cara created a fundraiser for the Food Bank for New York City. According to the foundation’s website, Cara’s Food Bank fundraiser received “an overwhelming response” which allowed her to “double her fundraising goal.”

HLF’s Relationship with Garden of Dreams

The Foundation says that, over the last six seasons, “1,448 children and their families have been hosted in ‘Henrik’s Crease’ for a New York Rangers game experience, thanks to donations to HLF.” The foundation adds that, “the children come from various Garden of Dreams partner organizations.”

Thanks to the Garden of Dreams foundation and HLF, this young girl saw her first Rangers game in Dec. 2019.

That is why HLF followed through with its “first ever needs-based scholarship program exclusively for alumni of the HLF Young Ambassadors program” in the summer of 2020. Each year, applicants are eligible to receive one of these three S.A.V.E Scholarships:

S.A.V.E. stands for “Service, Academics, strong Values and overall character Excellence”, qualities which HLF says it would like its Young Ambassadors to represent. HLF also had this to say about its scholarship program:

“HLF was proud to launch this Scholarship in uncertain times and support the educations of three of our most promising young leaders.”

What the Future Holds for Henrik Lundqvist and HLF

The King was a world class goalie for the Rangers for the last 15 years, whose greatness took him beyond sports to his foundation and charitable work. His fans and the people he has met through the years through his foundation will never forget him and we wish him all the best in Washington!

In the Zone constantly follows the tremendous charity and community efforts done by athletes just like Henrik Lundqvist.