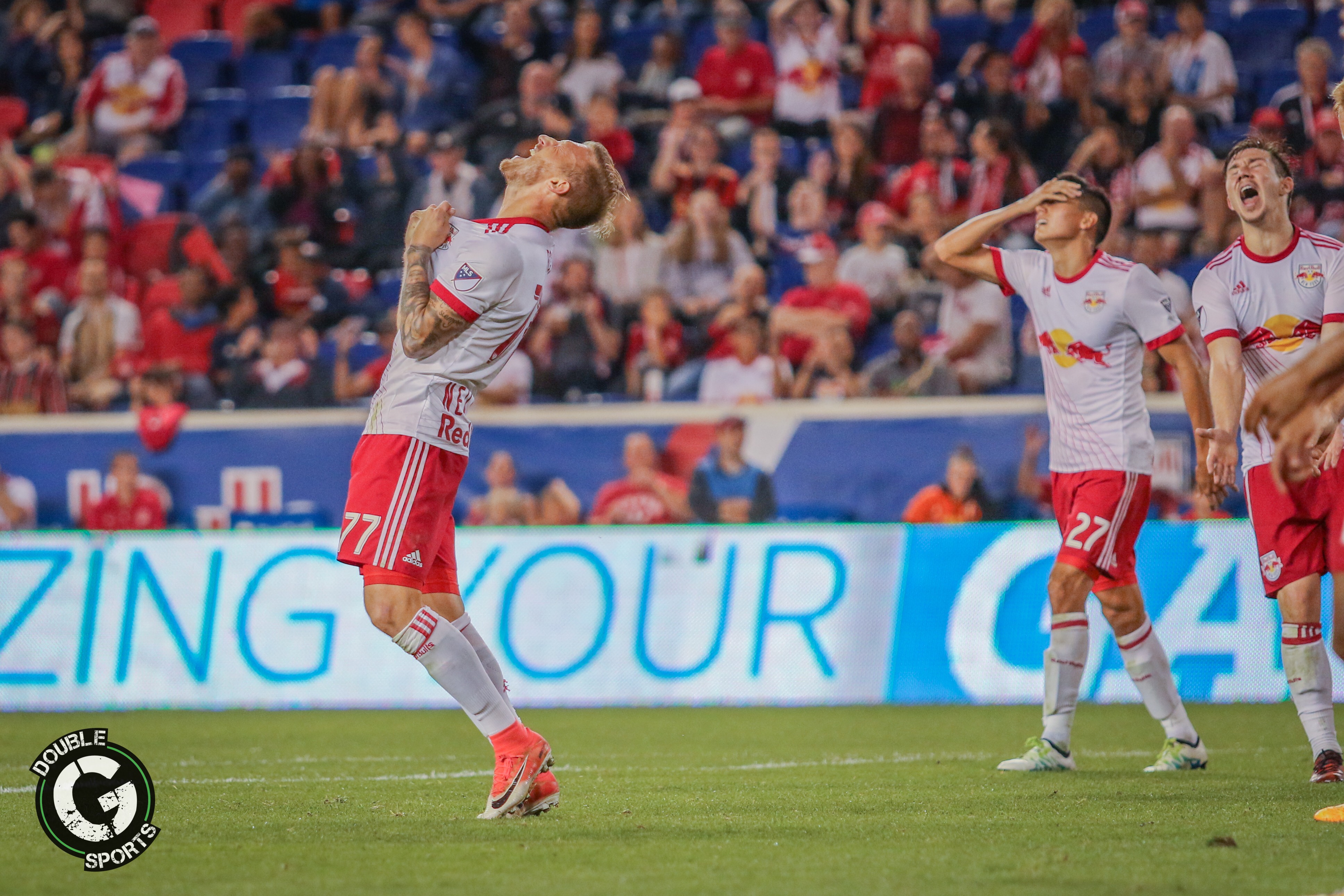 How NY Red Bulls should lineup to defeat Chivas

On Tuesday night, the NY Red Bulls have the opportunity to make history by advancing to the CONCACAF Champions League final. All they have to do is overturn a 1-0 deficit at home against Chivas.

One of the main talking points of the first leg was how Jesse Marsch set up his team away from home, a 5-4-1 formation looking not to concede, and also steal an away goal for the second leg. It didn’t work as the Red Bulls came away with nothing, but at 1-0 it’s safe to say this tie is still open. With history on the line, how should Red Bulls line-up?

Luis Robles is the obvious choice between the sticks, ahead of him in defense are no surprises either. Kemar Lawrence and Murillo at full-backs, not wing-backs so you’ll figure out a formation change from the game in Mexico. And with Aurelien Collin missing the return leg due to his red card suspension, Aaron Long and Tim Parker make up the centre-back partnership at the heart of the defense.

It’s a strong back line that were able to snuff out and stifle Guadalajara for nearly the entire game. Long and Parker have been solid together in MLS this season, reading situations very well and are fine tacklers of the ball. Expect Lawrence and Murillo to be overlapping constantly, looking to send crosses into box or even having a shot if the situation presents itself.

Here’s of course the most difficult area of the pitch to choose from, as New York have great depth in the middle of the park. Use Marc Rzatkowski and Tyler Adams as the two central defensive midfielders. The former didn’t feature in Mexico, but has had a nice start to his debut season with the club, and should get the nod to start. Alongside him is Adams, who didn’t play well as his turnover in the first half proved costly as it gave Chivas the lone goal in the tie.

However, he is still a magnificent young player and he will bounce back from. Let’s also not forget how well Adams and Rzatkowski played together in the second leg of the quarterifinals against Tijuana. The two are vital to linking up play to the attacking midfielders and striker. Speaking of which!

The attacking midfielders will consist of Florian Valot on the left, Daniel Royer on the right and Kaku in the middle. The absence of Alex Muyl due to yellow card accumulation will be felt, as the winger was starting to find his form. Valot has been played well, grabbing his first goal and assist of the season against Orlando a few weeks ago, he’s deserving of a starting spot.

Royer has been an automatic starter for the club ever since last season, so there’s no surprise there. The real surprise was Kaku not starting against Chivas in Mexico. His creativity and pace were somethings the Red Bulls certainly could’ve used, and they must be used in the second leg. This man is the big-money signing, he needs to play in big games such as this. Whether Marsch wanted to save Kaku for the second leg, and not risk injury is anyone’s guess but he must start at Red Bull Arena.

There’s only one player left and it’s not a surprise either, it’s Bradley Wright-Phillips leading the line as the lone striker. This man is arguably the most dangerous striker left in the competition, his record stands up there amongst the best in MLS history, but he had a game to forget in Mexico.

One-on-one against Rodolfo Cota, he took too much time to get the ball out of his feet and shoot, giving the keeper the time to get down and smother the shot. The Englishman will look to change his fortunes at Red Bull Arena. In the 5-4-1 formation, he can hold his own against the opposition, but is too often left on an island to manufacture any opportunity. With the 4-2-3-1, he’ll at least have either Royer or another midfielder along with him to create chances on the counter, which is something the Red Bulls have done well when they press the opponent.

This game will no doubt be difficult, so there will be times in the second half where a pair of fresh legs can be the difference. Firstly, Sean Davis can come in for Kaku. With that, you have a player whose versatility can help press and track back to help the defense, while also creating chances in the oppositions’ 18-yard-box.

The other subs are a bit more straightforward, with Derrick Etienne coming in for Royer and Vincent Bezecourt coming in for Valot. However, should things go haywire, you’ll probably see Carlos Rivas come in for Valot in an attempt to go gung-ho and throw everything at the opposition.

This tie is on a knife-edge and everything will be on the line as both teams look for a place in the final. Red Bull Arena is going to see one hell of a game.