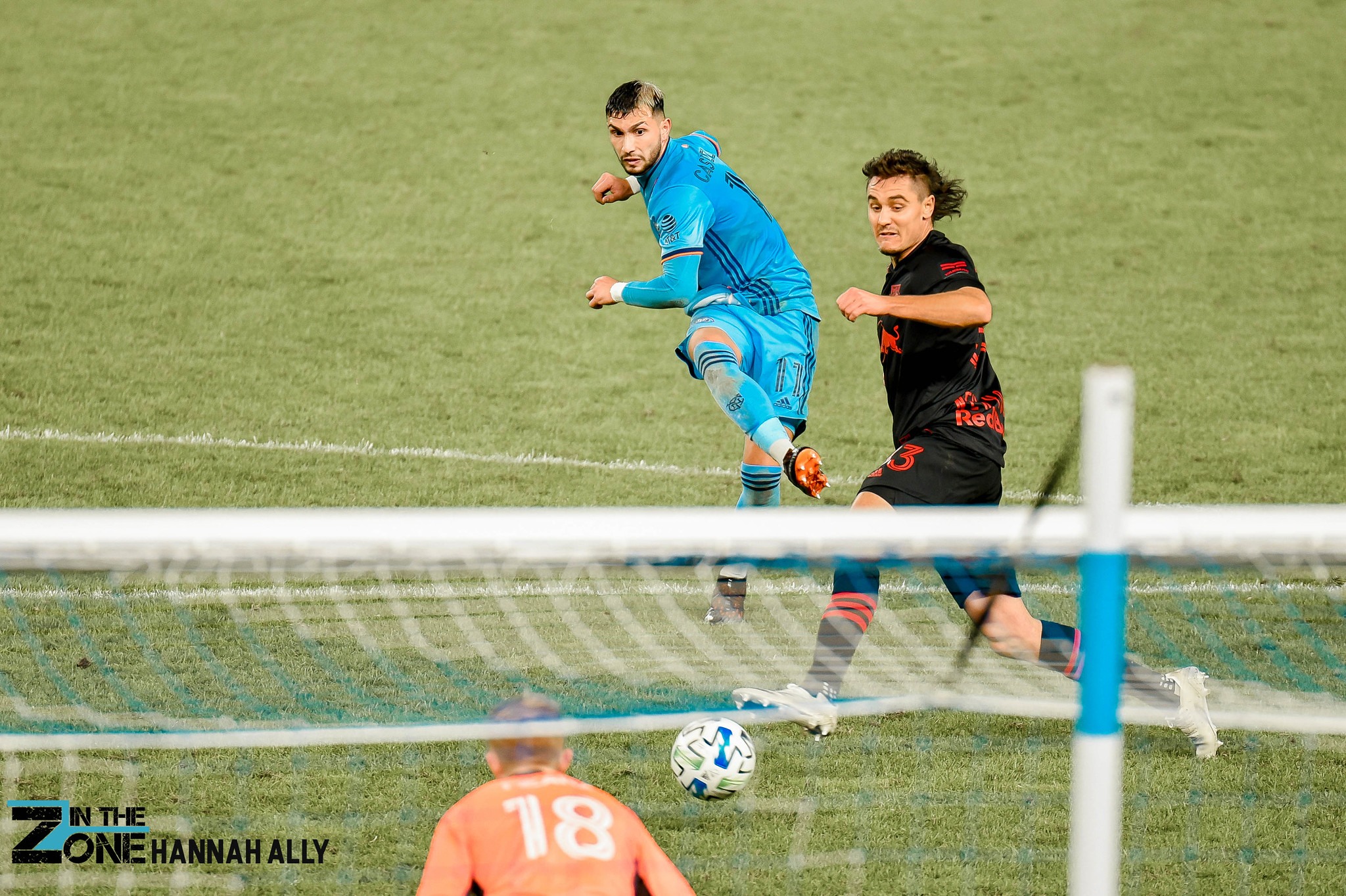 The Hudson River Derby, as many call the rivalry match between NYCFC and New York Red Bulls is generally filled with lots of hype and friendly banter.

As the drizzle rained down on the field, tears had begun forming in my eyes as well. It’s there where it hit me that being in a stadium with no fans is so sad. While some sports have begun to allow limited fans to be inside stadiums and arenas, Major League Soccer (MLS) players have been playing with no fans since early July. How have they been doing it all this time?

It’s November 1, 2020, we are in the middle of a pandemic and its my first time in a stadium in seven months. Somehow I feel privileged to be here. The Hudson River Derby, as many call the rivalry match between NYCFC and New York Red Bulls is generally filled with lots of hype and friendly banter. However, due to the current pandemic, the experience was very much different.

There were seven goals scored in the game and the only goal celebration similar to pre-pandemic was the video NYCFC plays when their team scores a goal. Luckily, NYCFC scored five goals and five times the video was played. However, conversely, the two goals from the New York Red Bulls were as silent as the first minute of the match.

In the case of NYCFC fans, they gathered outside Yankee Stadium to watch the game. A big screen allowed them to demonstrate that they support their team in good and not so good times. It was getting cold but they were still there chanting and screaming.

As a sports journalist, the experience is different too. You can only enter the stadium one hour prior to kickoff, even when the email says 2.5 hours before. A photographer on scene told me, “They just copied and pasted the email prior to the pandemic.” Oh well. Before Covid-19, we were allowed inside the stadium 2.5 hours before the match.

Media members had to fill out a Covid-19 questionnaire, which included questions like: Have you traveled outside NYS in the last 14 days? Have you tested positive of COVID-19 in the last 14 days? Have you been around people who have tested positive? After that, your temperature is taken and then, writers and photographers are divided. The photographers are not allowed on the field anymore, therefore, a lot of their shots are not as good as they like, “but we still get paid, no?” One photographer told me.

Usually, Yankee Stadium has a lot of food on display to feed reporters, and media personnel; not this time. I shouldn’t complain but we only had a sandwich, a bag of chips and a cold beverage.

The experience at Yankee Stadium felt both an isolated, lonely place and a private, privileged event to be a part of. Things have changed and it’s uncertain how they will be in the future.