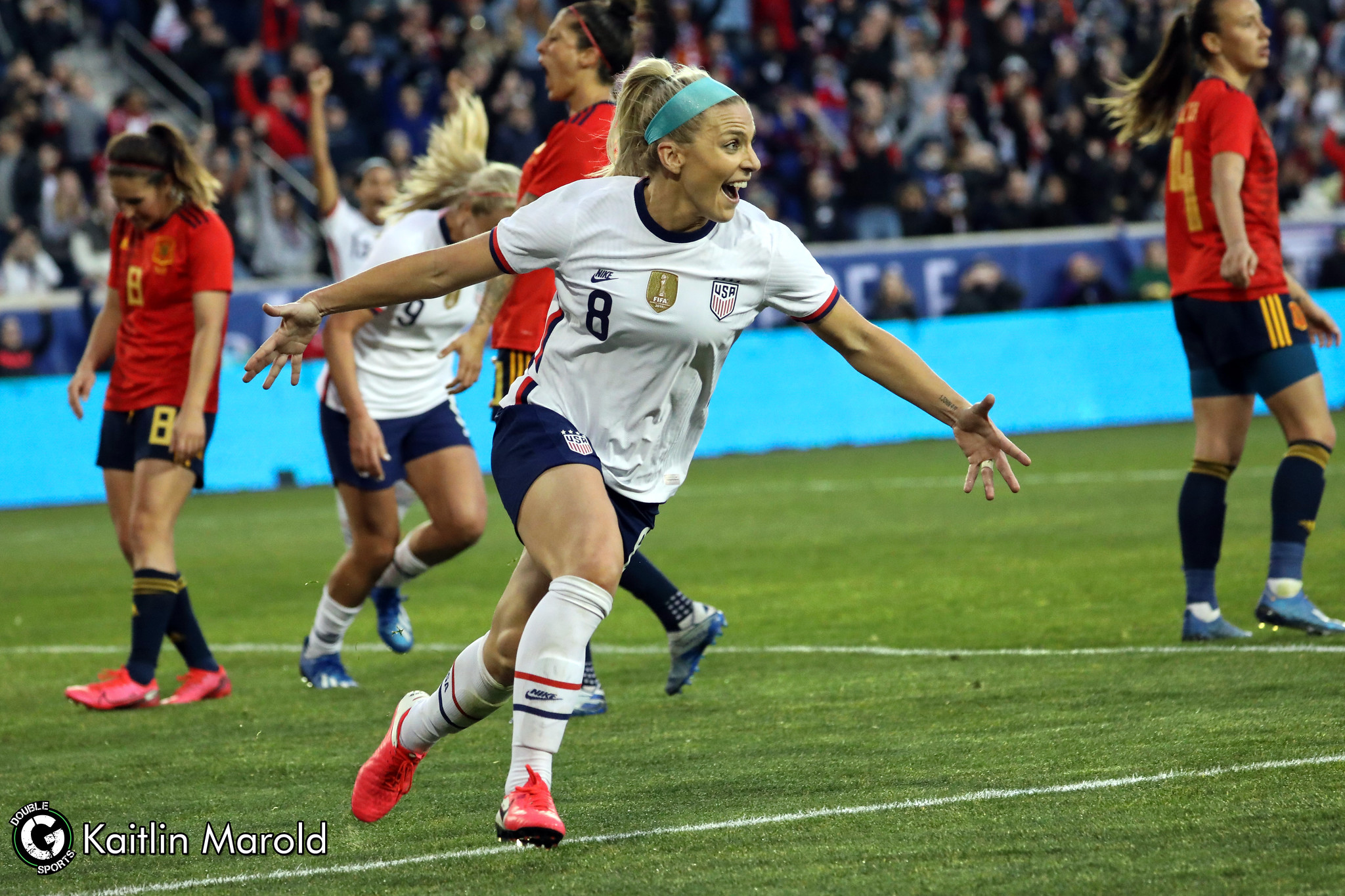 Harrison, New Jersey – On March 8, 2020, Red Bull Arena hosted the She Believes Cup. It seemed that both games were going to finish scoreless, when during the last 10 minutes, England and the United States scored the only goals of the games.

Julie Ertz, the defender of the United States scored the only goal of the match against Spain at minute 87. White Ellen was the protagonist of the England vs Japan game, when she scored close to the penalty area. England wins against Japan by the minimum in a very tied game.

Irene Paredes, the Spanish defender was disappointed by the defeat. But, she praised her team for their performance, “we have given a good image, I think we have done things very well.” Paredes said, “little by little we are arriving, we are creating more occasions against the best [players] in the world. Which is what we want, catch their rhythm and be able to compete against them, not just defend.”

The head coach of the USWNT, Vlatko Andonovski and Irene Paredes agreed that both teams help each other improve, “They have the ability to break teams down and we saw at times how dangerous they can be” Andonovski said, “At the end of the day, that’s why we want to play with teams like Spain, because they lead us to the process of getting better”

“We want to continue playing this type of games against the best, this (will lead us to have) a good pace and level.” said Paredes

As expected, the winners are happy and Carly Lloyd expressed, “Sometimes you have to find the opportunity in the last minutes. Winning in those last minutes was very special and it is also special [to win] on International Women’s Day.”

Lloyd stressed that the Spanish team has improved since the 2019 World Cup in France. “[They] own the ball very well,” said Lloyd. “Their league is doing a good job.”

About the She Believes Cup

She Believes Cup is a women’s soccer tournament that brings some of the world’s most talented teams to compete in the United States. The tournament has been held since 2016, and has brought teams such as Germany, France and Brazil. They have always played only four teams in a span of two weeks.

Happy International Women’s Day to all of you women who read me.

NYCFC, Deila: “Our supporters can make the difference”
Women in Sports Interview Series: Madison Packer is a hockey player, advocate, and writer