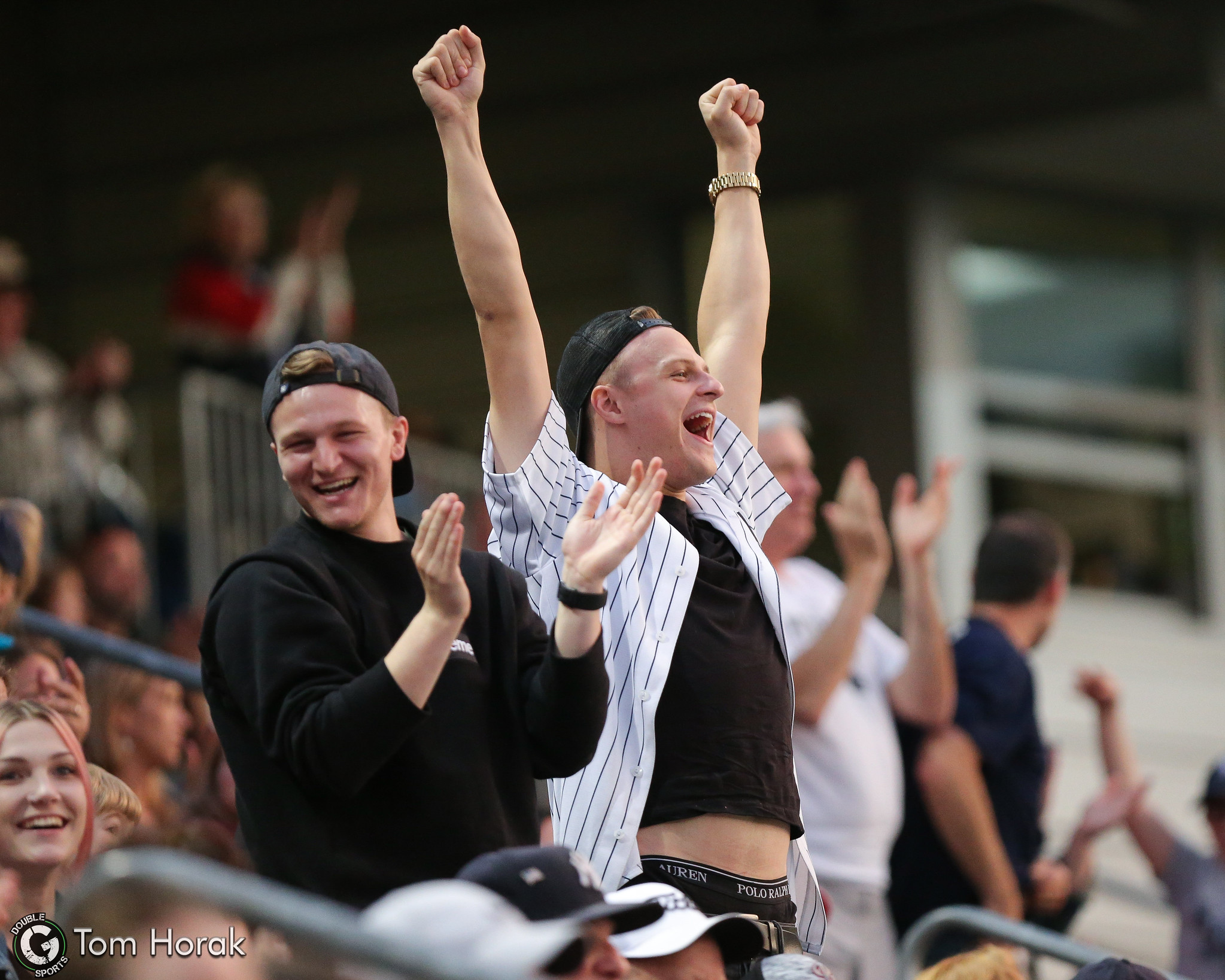 Moosic, Pa – The Scranton/Wilkes-Barre RailRiders took the Norfolk Tides to ten innings and pulled out a win in unusual fashion Wednesday night against the Baltimore Orioles Triple-A team.

The Tides took an early 3-1 lead, the lone SWB run coming from a homerun by Kyle Higashoika in the second inning. Ryan McBroom would later hit a solo shot in the fifth to make it 3-2.

Norfolk went on to hold the lead the entire game, scoring two more runs in the seventh and eighth innings and holding the RailRiders to just seven hits. But as the saying goes, it isn’t over until it’s over.

SWB knocked in another run by the bat of McBroom, who launched his second solo shot of the game, making it 5-3. Two more runs would end up coming in on a Tyler Wade double in the bottom of the ninth, tying the game.

In the minors, extra innings start with a runner on second base. In the top of the tenth, extra-inning runner Jace Pederson advanced to third on a ground out and home on a wild pitch by David Sosebee, giving the Tides a one run lead. The crazy part comes next.

In the bottom of the tenth, Breyvic Valera doubled on a hit down the right field line allowing the extra-inning runner, Gosuke Katoh, to score. He kept running, however, when Norfolk right fielder Anderson Feliz made what may be the biggest error of his career.