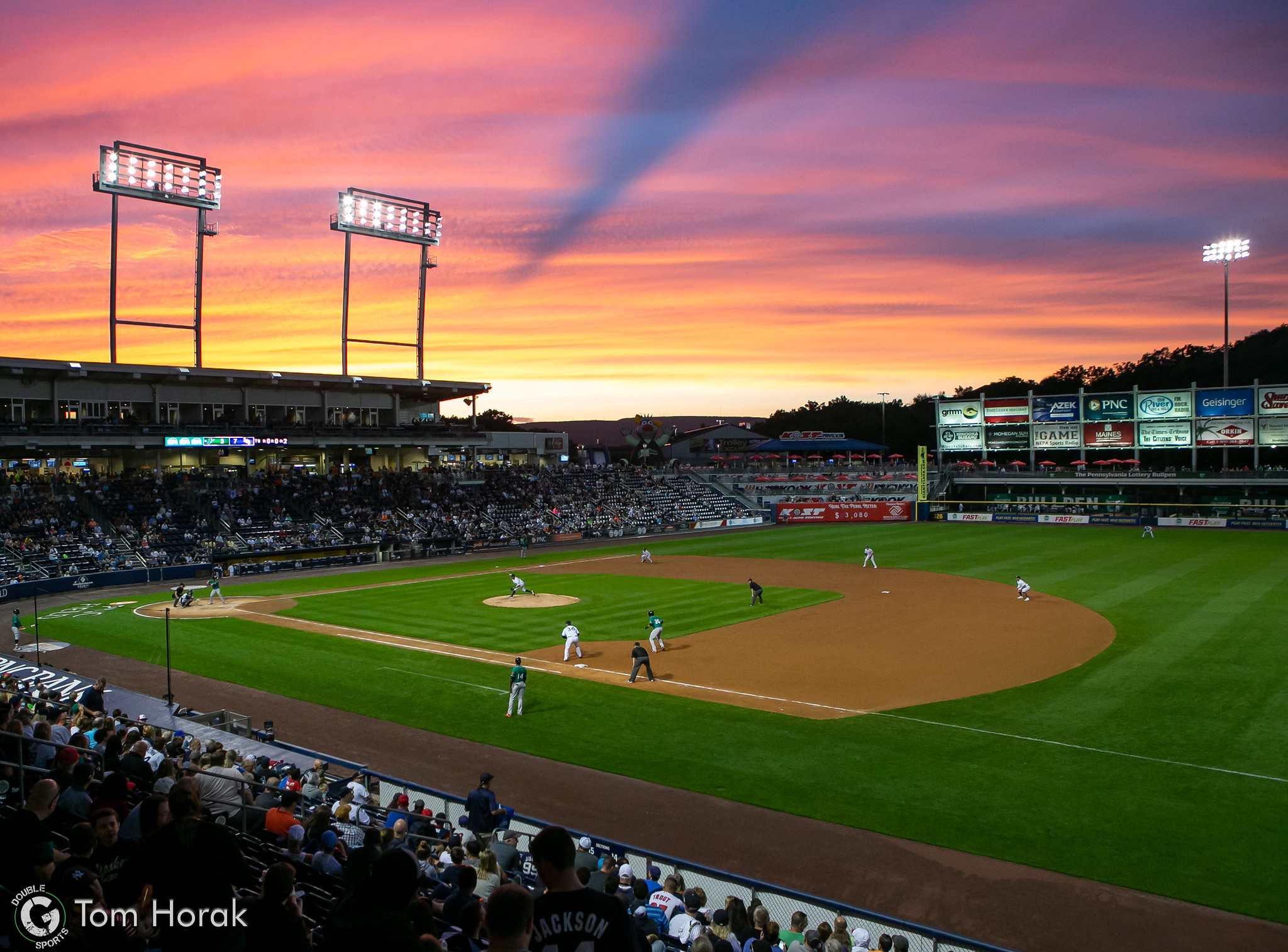 Moosic, Pa – Logan Morrison and Billy Burns led the Scranton/Wilkes-Barre Railriders to an 11-4 win over the Durham Bulls on Sunday at PNC Field.

Durham quickly picked up two runs in the top of the first inning, leaving the RailRiders with no choice but to scramble back. The lead was cut in half by a Kyle Higashioka home run in the bottom of the second.

A handful of singles and a ground rule double by Scranton native Joe McCarthy piled two more runs onto the Durham lead. Those runs would end up being the last of the game for the Bulls, allowing the RailRiders to stage their comeback.

SWB started the comeback with a three-run home run by Morrison in the fourth. Morrison’s homer in this game marks the fourth straight game in which he hit a long ball, setting a new franchise record for consecutive games with a home run.

From there, the team would go on to score seven unanswered runs, starting with an RBI single by Thairo Estrada in the fifth. Two back-to-back RBI doubles by Morrison and Billy Burns and an RBI single by Mike Ford in the sixth highlighted the second three-run inning of the game. The eighth inning would turn out to also be a three-run inning on a three-run homer by Burns. Morrison and Burns raked in a combined eight RBI in the win on Sunday.

Next, the RailRiders take on the Rochester Red Wings in a two-game series starting Monday.