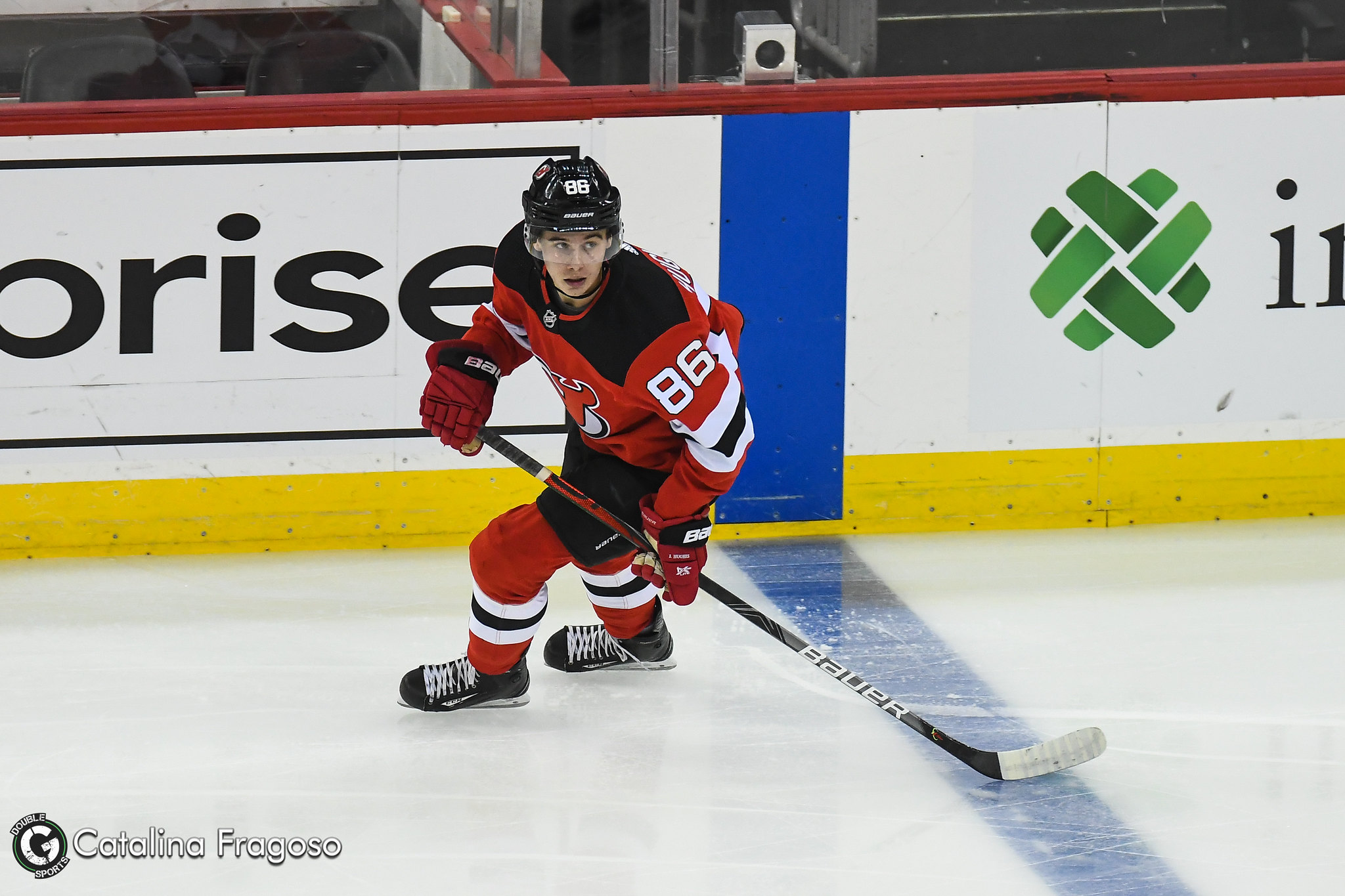 Jack Hughes had three points in a 5-3 loss to the Arizona Coyotes at home Friday. The 18-year-old now has goals in two straight games for the first time in his career. It was not enough to merit the victory. The Devils outshot their opponents 35-17, and despite a good performance from Hughes, their record fell to 2-7-1.

Arizona waltzed into the Prudential Center for a Friday night game with the Devils. The Coyotes were coming off a 4-2 defeat on Long Island and looking to rebound.

The big story at the Prudential Center Friday was Jack Hughes break-out performance. Hughes scored a power-play goal and would assist on another even strength goal. However it was not enough to help the Devils beat the Coyotes.

Early in the first period, Coyotes’ free agent signing Phil Kessel went in on a two-on-one with Christian Dvorak. However, Devils’ d-man P.K. Subban was able to dive and break up the pass to prevent Kessel from passing to Dvorak, who would have taken a one-timer.

On the ensuing man advantage, the Devils established their power play set-up. Subban kept a loose puck alive by diving and pushing it towards first-line center Jack Hughes, who made a crisp cross-ice pass that found d-man Sami Vatanen. Vatanen skated in, down the left wing and passed the puck to the front of the net. The puck went off a Coyotes’ d-man skate and past the Coyotes goalie Anti Raanta to give the Devils the 1-0 lead late in the first period.

With less than three minutes remaining in the first period, Coyotes’ captain Oliver Ekman-Larsson took a hooking penalty that gave the Devils a chance to increase their lead.

Jack Hughes made it sting for Coyotes by sniping over Raanta’s shoulder a wicked wrister.

As the first-period expired, Coyotes’ third-line-center Nick Schmaltz fired a shot off the post and in.

In the second period, the Coyotes drew first blood. With the Devils on the power play, Michael Grabner got in behind P.K. Subban and went in on a breakaway. The former Islanders and Rangers player beat Blackwood with a backhand deke to tie the game at two.

The Devils would answer later in the second period. Hughes picked out a stretch pass that found Pavel Zacha. The Czech winger ripped a wrist shot from the left circle that went in off the right post. It was a beautiful shot and Zacha’s second of the year and Hughes’ second assist of the game.

I think you can always get more tips towards

“It was great, it was a great transition play, you know we connected and that was one of the things that, prior to last week, we talked about [which was] our puck execution and getting pucks up ice and out of our zone,” Hynes said, “That was an example of good puck execution, and we wound up getting a goal.”

The Arizona Coyotes would open the scoring to start the third period. Schmaltz skated past Subban and then dished a pass to the front of the net where Barrett Hayton got free. Hayton smashed home the pass and put the Coytotes in front 4-3 heading into the final minutes.

Clayton Keller scored an empty net goal with 1:40 remaining and The Devils spoiled a great effort from Jack Hughes and lost 5-3.

Jack Hughes had three points– his most as a New Jersey Devil– and earned honors as the first star of tonight’s game.

Coach Hynes believes Hughes is on the right track now.

“I just like the way he continues to progress his game. I just think even when you look at him tonight he’s playing quicker, he checks better, and he’s a better two hundred foot player,” Hynes said, “Also, he’s a good young kid who’s very coachable and you see him getting better every game here.”

The Devils’ next home game is at 7:00 PM on Oct. 30 against Steven Stamkos and the Tampa Bay Lightning.