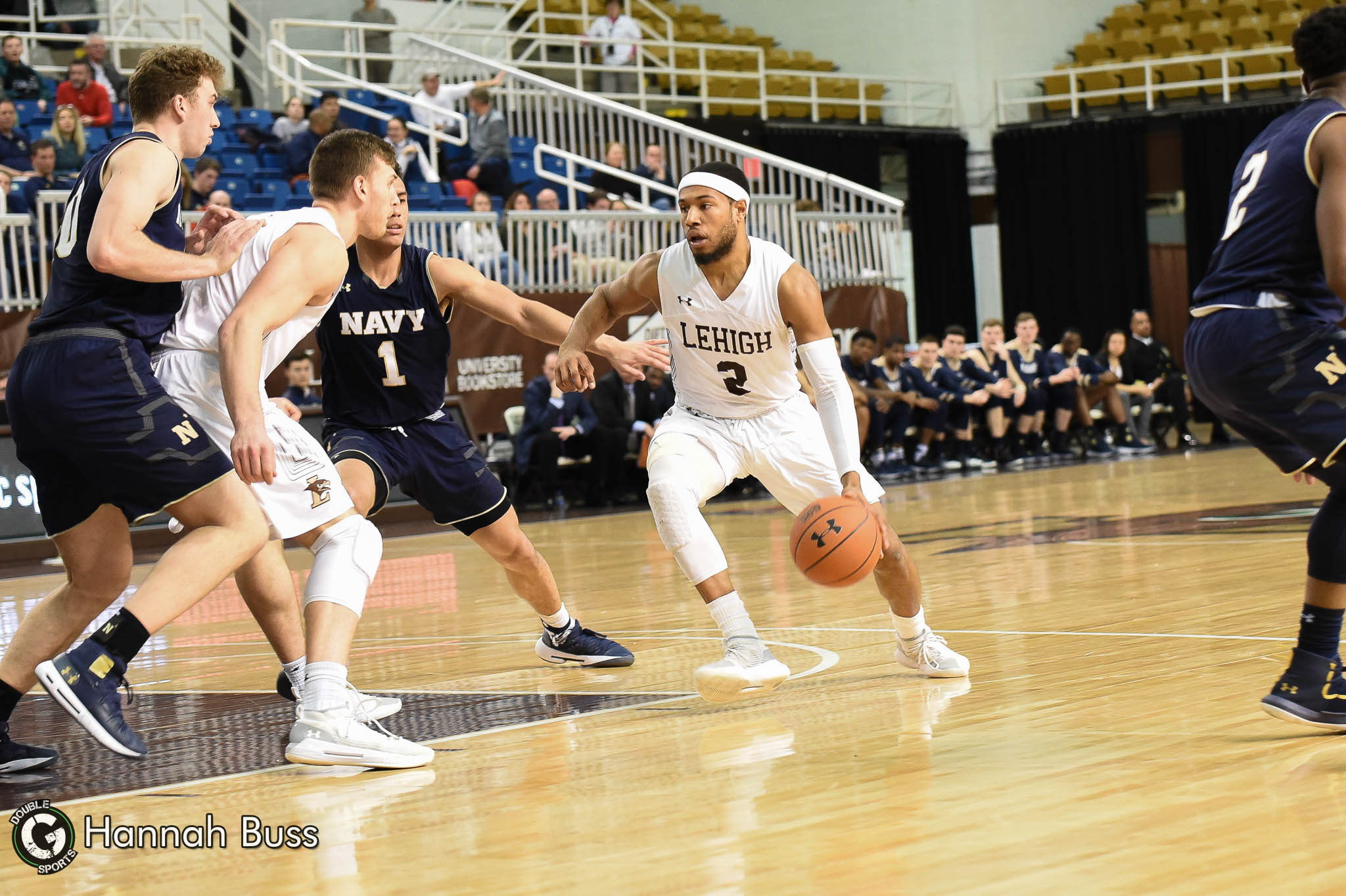 Lehigh men find the arch in win over Navy

February 9, 2019, the Navy Midshipmen men’s basketball team (8-15) traveled to Bethlehem, PA to face the Lehigh Mountain Hawks (16-7). Due to Lehigh’s high energy on defense and sharp shooting on offense, Navy fell short with a final score of 83-57 with Lehigh on top.
Lehigh went on a 12-0 run in the first half until Navy’s 6’4 guard, John Carter Jr., hit a three to bring the score to 14-4.
The Mountain Hawks went on to lead by as many as 21 points in the first half. Navy closed the gap narrowing the point differentiation to as few as 13, but it wasn’t enough to seal the deal.
Lehigh made 12 3-point shots during this Patriot league match up. Pat Andree had the hot hand for Lehigh with 22 points while going 5-7 from the three point line.
Lance Tejada had 17 points for the Mountain Hawks while James Karnik contributed nine rebounds.
The Navy Midshipmen hit six threes during the contest. Their own Hasan Abdullah had an impressive 14 points and seven boards. Navy now heads back home to host another PA team, the Lafayette Leopards.
Looking ahead for Lehigh, the men will be traveling to Bucknell on Monday for perhaps one of the most anticipated regular season games left in the season. Bucknell beat Lehigh on January 19 and have a one game advantage over Lehigh for the Patriot League number one spot.
Post Views: 730
The following two tabs change content below.