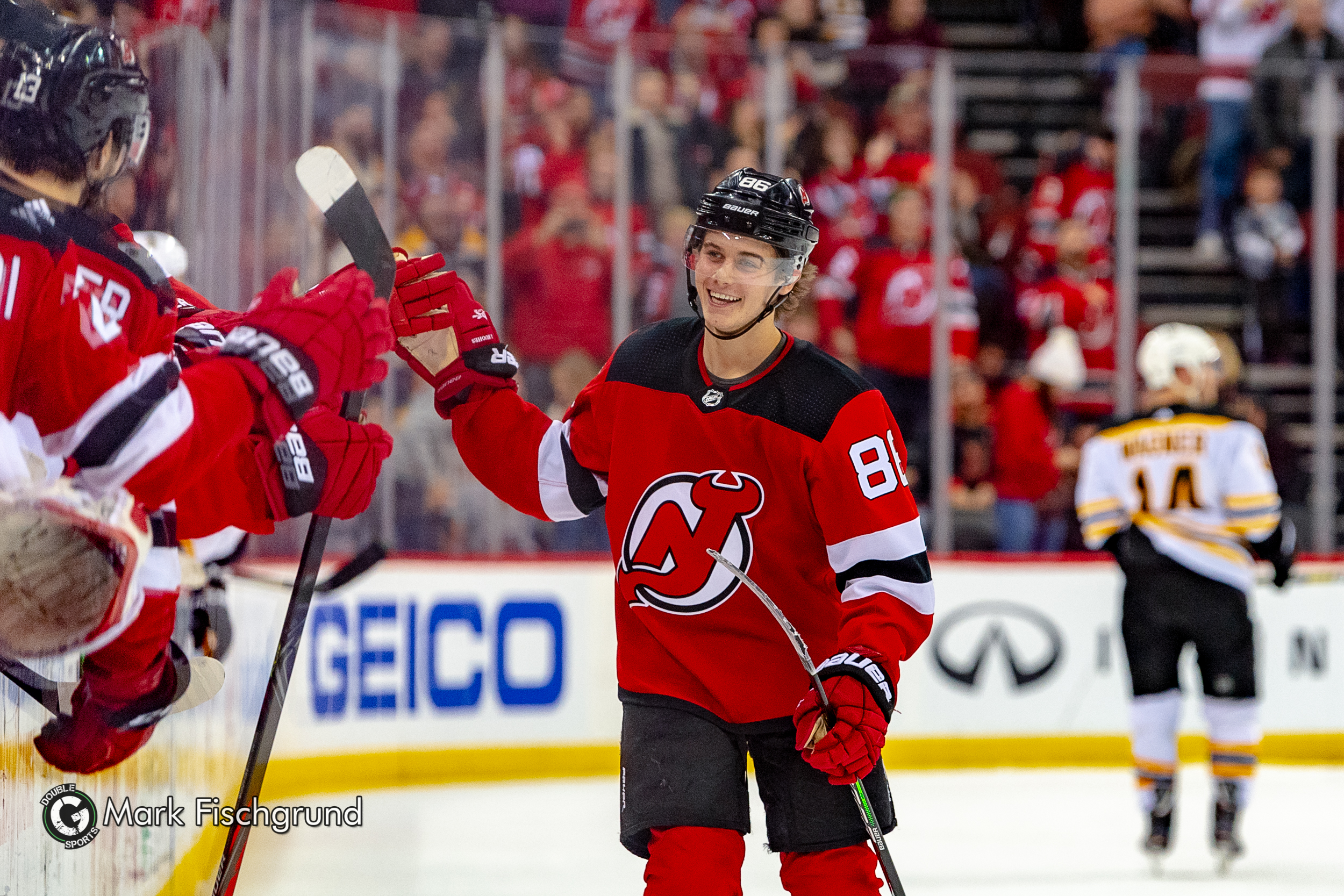 It’s the first power rankings of 2020 and what you are about to see may shock you. In a down week for local clubs, the New Jersey Devils were voted to the top spot for the first time this season. We had two voters this week including myself.

The Devils begin the new year in uncharted territory. For the first time ever, they are at the top of this list. They played some high-quality teams this week and won twice. First, the faced Boston Bruins. After going down 2-0 in the second, it was the Devils who battled back with Jesper Bratt tying it in the third. Jack Hughes and Damon Severson scored in the shootout to give New Jersey the extra point. Next, they headed to Long Island to face the Islanders. Once again, the Devils were down but battled back. PK Subban tied the game off of a faceoff play late in the second and Nico Hischier gave New Jersey a 2-1 lead with another faceoff play early in the third. They hosted the Avalanche to end the week, dropping that matchup 5-2. Colorado’s 3-0 2nd period lead was too much for the Devils to overcome. Despite losing its four-game win streak, Alain Nasreddine’s squad is 5-3-1 since trading Taylor Hall and is playing its best hockey of the season. This week, they face division rivals in the Islanders, Rangers and Capitals before ending the week with the Lightning.

Great start, bitter finish. That was the week for the New York Islanders. After finishing 2019 with back-to-back wins, the Islanders scored once in their last two games, losing both. Good news first, they began in Washington against the Metropolitan Division-leading Capitals. New York scored the first two and last two goals of the game to secure a 4-3 win. Casey Cizikas had two tallies, including the game-tying goal in the third, and Semyon Varlamov turned in s strong, 36-save performance. It was all downhill for the Isles after that, however, as their next game was the aforementioned 2-1 loss to New Jersey. Brock Nelson scored New York’s only goal but lost the faceoffs that led to both New Jersey goals. Defenseman Adam Pelech was a late scratch in this one and it was later revealed that he tore his achilles and will miss the remainder of the season. This is a crushing blow as the Islanders lose one of the best defensive defensemen in the league. Their next game in Toronto was a low point. New York was shutout for the second time this season, this time by Michael Hutchinson and a Leafs team ranked (as of Jan 6) 18th in goals against. The final was 3-0. Varlamov has taken the reigns in the crease as of late, stopping 86 of 92 shots he faced this week. He’ll have to be sharp as long as the Islanders struggle to score. They face his old team, the Colorado Avalanche, this week along with the Devils and Bruins.

After starting their west coast road trip 1-1, the Flyers lost three straight this week. Goals against was a theme as Philly gave up 16 in three games. They began in Los Angeles, a game that was basically over after 20 minutes. The Kings scored four goals in the first period, including two on the power-play and one shorthanded. A goal in the second and two more in the third were too little too late for the Flyers in a 5-3 loss. In Vegas, it was like deja vu. Four first-period goals from the Golden Knights gave them a 4-2 advantage after one period. Sean Couturier was able to make it a 5-4 game early in the third but no one would score after that. To Arizona, the Flyers went but down 4-0 they also went in that one for the second time last week. The teams would trade goals in the third en route to a 6-2 Coyotes win. After one of the roughest weeks of the season, Philadelphia finds itself outside the playoff picture with a tough schedule ahead. The Hurricanes, Capitals and Lightning await them in an important stretch back on the east coast.

The Rangers went on a road trip to western Canada this past week but lost all three games. In Edmonton, they went down 6-0 in the 2nd period before a late rally fell short. The empty netter made it a 7-5 game. A valiant final 25 minutes weren’t enough to secure a point. In Calgary, they went down 2-0 in the first before tying it and then going down again 3-2. Kaapo Kakko tied the score again in the second but Sean Monahan’s goal just 2:38 later was never answered and the Rangers lost 4-3. In Vancouver, the Rangers went down 1-0 in the first but Pavel Buchnevich tied it before the end of the period. Tyler Myers scored the game-winner with just 1:29 left in regulation. Crushing blows and close games for the Rangers that they couldn’t get any points from dropped them down near .500. They’ll look to bounce back next week against the Avalanche, Devils and Blues.

Rangers Recall Top Goalie Prospect Igor Shesterkin from Wolf Pack
Halfway there, halfway to go: Devils take on Islanders at the Prudential Center to kickoff the second half of the 2019-2020 NHL season