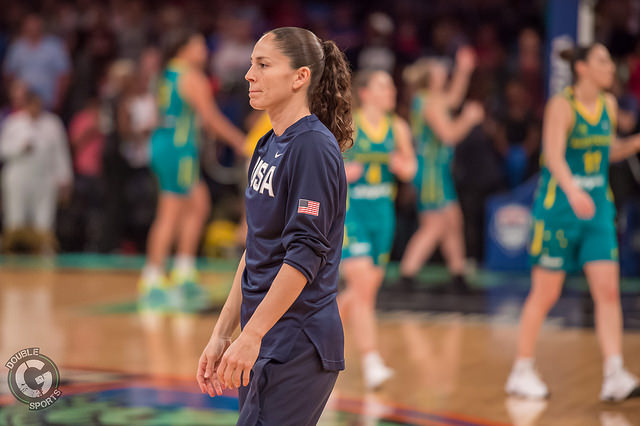 What would a US Women’s Olympic basketball team be without Sue Bird on the roster?

Bird has known success whenever she has stepped on the hardwood.

Bird, with a combined seven Olympic and World Championship medals, has already equaled the mark of Lisa Leslie and is one shy of the current-record holder, Teresa Edwards, who has captured eight medals.

Bird is a sure-bet to become a Hall of Famer.

“She’s (Bird) a leader, and you can count on her. She makes big shots at big times. She inspires her teammates to be better in subtle ways. When she’s running your team, you don’t have a lot to worry about,” noted her Olympic and college coach and long-time mentor Geno Auriemma.

Auriemma’s comments are reflective of Bird’s stats in her 24 seasons playing for USA Basketball.

Bird, in her primary role as the team’s floor general, has dished out 351 assists in her 122 game Team USA career while scoring 5.2 ppg.

Bird is most proud of her multiple Olympic experiences and notes that the upcoming Rio Games, even though her squad is an overwhelming favorite, still provides plenty of motivation.

She has noted on numerous occasions that the Olympics is all about representing your country and there is something special about that –  it’s something that goes beyond sport.

“I think the best part about the tour is not the wins but that we got better. From L.A. to now, I’m pretty sure you guys can see a significant difference with us,” said Bird in postgame remarks after defeating Australia in a game played at Madison Square Garden.

“That’s what it’s about for us. It’s about getting better every day, with each game and each practice, until we get to Rio and hopefully hit our stride and our peak.”

Next up for Bird is gold medal No. 4 and then – How about a date in Springfield, Mass.