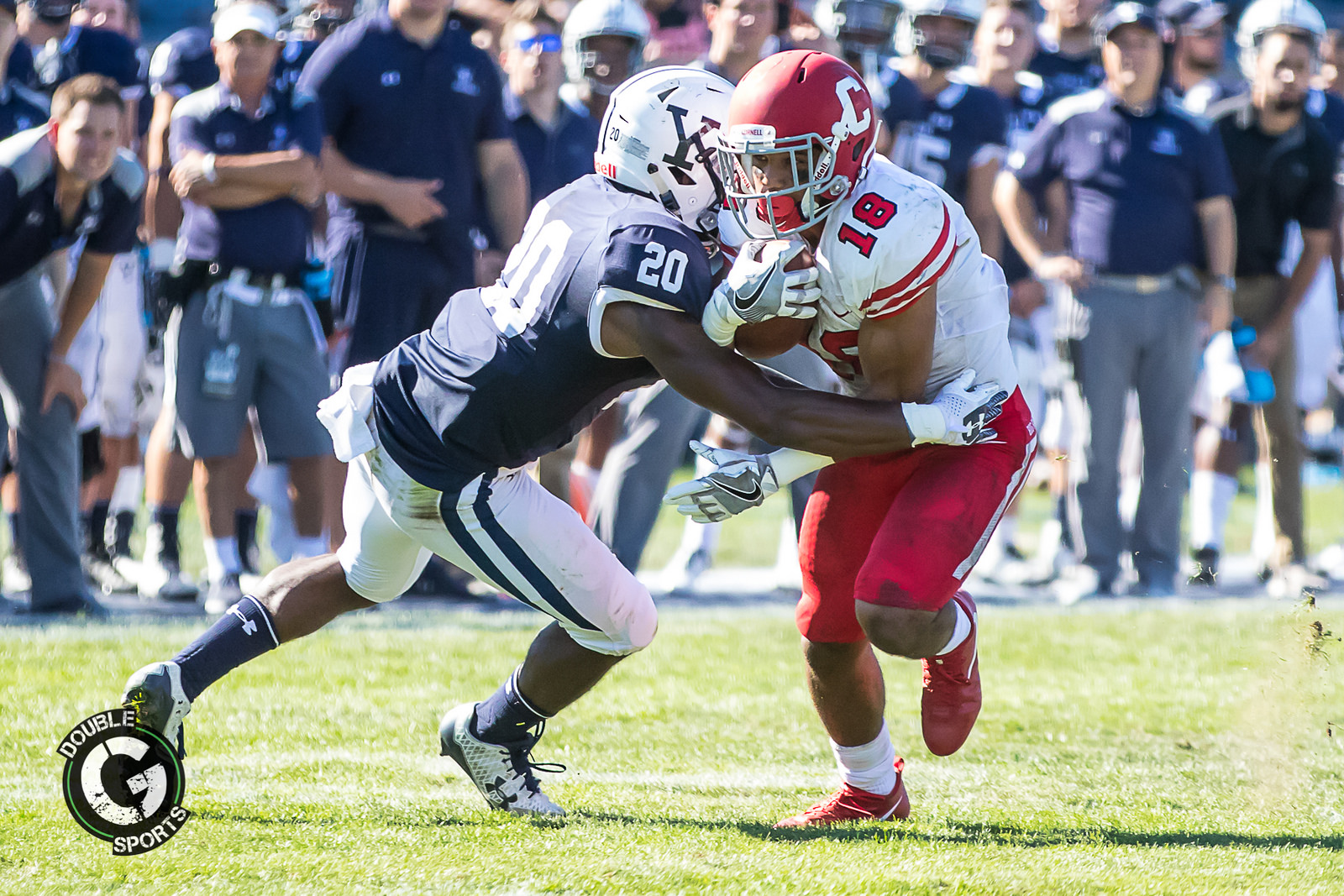 Yale kept their chances alive in the race for the 2018 Ivy League football championship with a 23-10 road win over the Penn Quakers on Friday, October 19.

The Bulldogs used a punishing ground attack in the “must win” as they rushed for 244 yards while limiting the Quakers (4-2, 1-2) to a mere 14 yards.

Yale (4-2, 2-1 Ivy) was led by junior running back Alan Lamar who rushed for 179 yards and scored a pair of touchdowns. Lamar was named the Ivy League Offensive Player of the Week for his performance.

Yale was dealt a major blow when junior quarterback Kurt Rawlings left the game in the third quarter with a leg injury. Rawlings was having a solid outing before leaving the contest, connecting on 11-of-14 passes for 137 yards. Sophomore Jimmy Check was pressed into service and looked sharp as he completed 5-of-8 passes helping the Elis to the important win.

This week, the Bulldogs will look to keep their mojo going when they face the Columbia Lions (3-3, 0-3).

Coach Tony Reno and staff must be mindful of a potential trap game as the Lions have yet to secure an Ivy League win in 2018. A Yale victory will leave them a game back of currently unbeaten Princeton and Dartmouth in the championship race.

If the Elis can get by Columbia and next week’s foe Brown they will have a potential shot against Princeton in the Yale Bowl on Nov. 10.

With four weeks to play on the Ivy League schedule Princeton (6-0, 3-0) and Dartmouth (6-0, 3-0) remain unbeaten, with a potential showdown slated for Saturday, Nov. 3.

The Tigers and Dartmouth, must get through surprising Cornell (3-3, 2-1 Ivy) and a road date at Harvard (3-3, 1-2 Ivy), respectively, this Saturday to set up the battle of the two unbeaten schools.

Yale is on a roll and the defense is stepping up!

First-year Elis linebacker Noah Pope had a team-high 10 tackles along with a sack. The Bulldogs had three sacks and broke up six passes in their most efficient outing of the 2018 season.

The Bulldogs boast the eighth-best red zone defense in the FCS, surrendering points on just .692 percent of trips.

Columbia has one of the nation’s most effective kickers in senior Chris Alleyne, who has connected on 11-of-12 field goals. Alleyne was named the Ivy League Special Teams Player of the Week.

Yale and Harvard will play the 135th meeting of THE GAME on Nov. 17 in historic Fenway Park. If you are looking for tickets forget it…The game has been sold out for nearly a year!