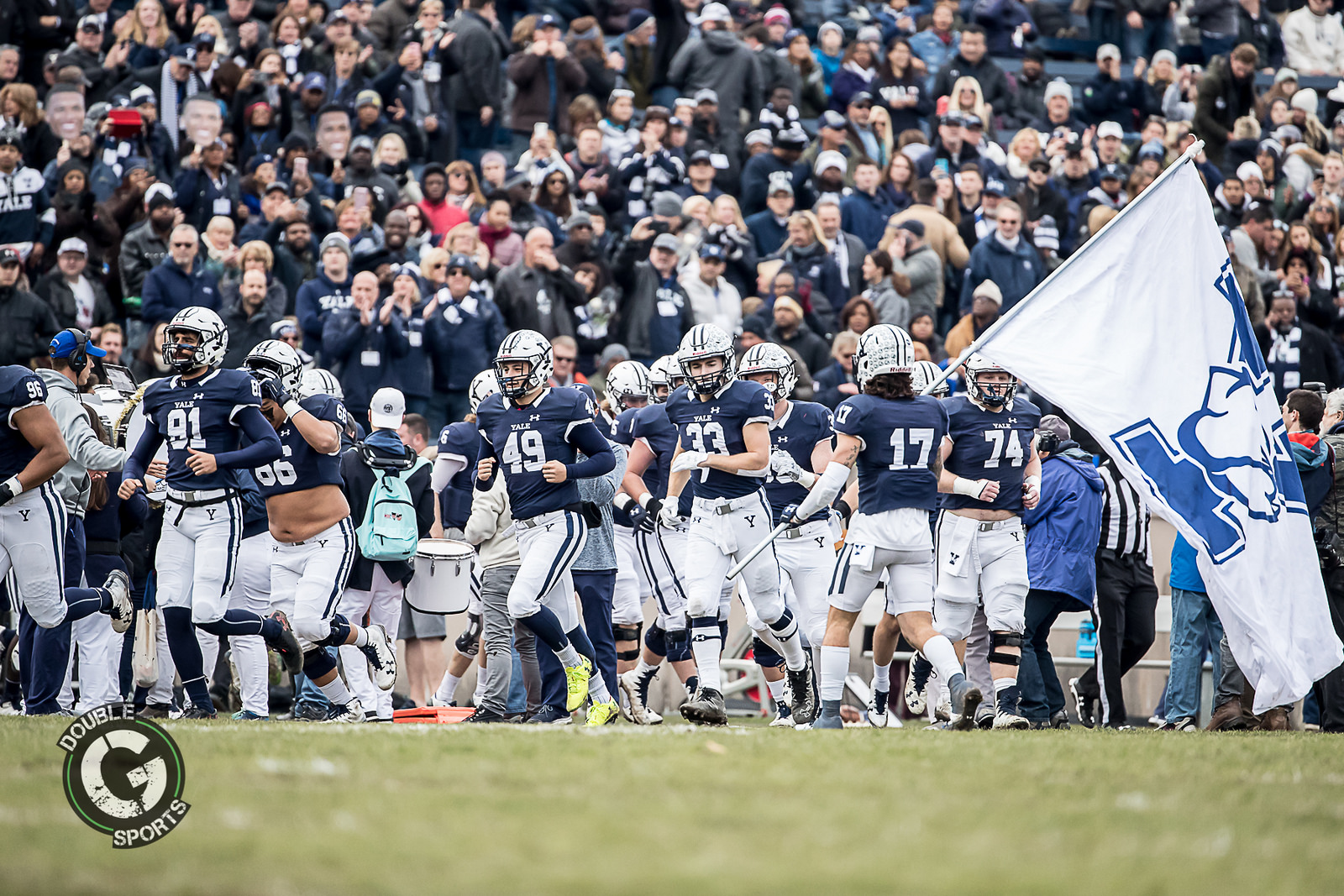 Yale and Dartmouth square off in Friday Night Lights showdown.

Unbeaten Dartmouth (3-0, 1-0 Ivy League) will invade the Yale Bowl Friday evening for an important Ivy League showdown between the Big Green and the Elis (2-1, 1-0).

The matchup will be in the national spotlight as it will be broadcast live as part of the Ivy League Friday night television package with ESPNU (6 p.m. kickoff).

At stake tonight for the winner will be a leg up in the chase for the 2018 Ivy League title.

For the host Bulldogs there is some extra incentive on the line as Coach Buddy Teevens Big Green dealt the Elis their only loss in last year’s championship season.

Tony Reno’s Bulldogs enter the contest having soundly defeated No. 16 Maine (2-2) last week, 34-14. Yale quarterback Kurt Rawlings had his best outing of the 2018 season passing for 306 yards and three TDs (1 rush TD) in the win.

Most encouraging for Reno and staff was the play of the Bulldogs young defensive eleven which limited a highly-regarded Black Bears offense to a pair of touchdowns.

The Yale defense will face a huge challenge in Dartmouth’s quarterback Derek Kyler who was named Ivy League Co-Player of the Week in leading the Big Green in last week’s impressive 37-14 win over the Penn Quakers. Kyler passed for 221 yards (18-of-21, 3 TDs) and rushed for 18 yards in the win over Penn.

The game will air live on AM (960 WELI or 1300 ESPN) with Ron Vaccaro ‘04 and Jack Siedlecki providing the call. It can also be seen on the Patriot League Network.

It’s the Elis in a classic Ivy League barn burner!

Dartmouth made a historic hiring decision when they announced that Callie Brownson was brought on board as the offensive quality control coach. Brownson became the first known, full-time female football coach at the NCAA Division I level.

The Ivy League released what appears to be a game-changing report with results from its decision in 2016 to adjust kickoff and touchback rules by five yards. The rate of concussions per 1,000 kickoff plays dropped from 11 to 2, which was published in the Journal of the American Medical Association. Dr. Douglas Wiebe (Penn Injury Center) was the lead author of the report.