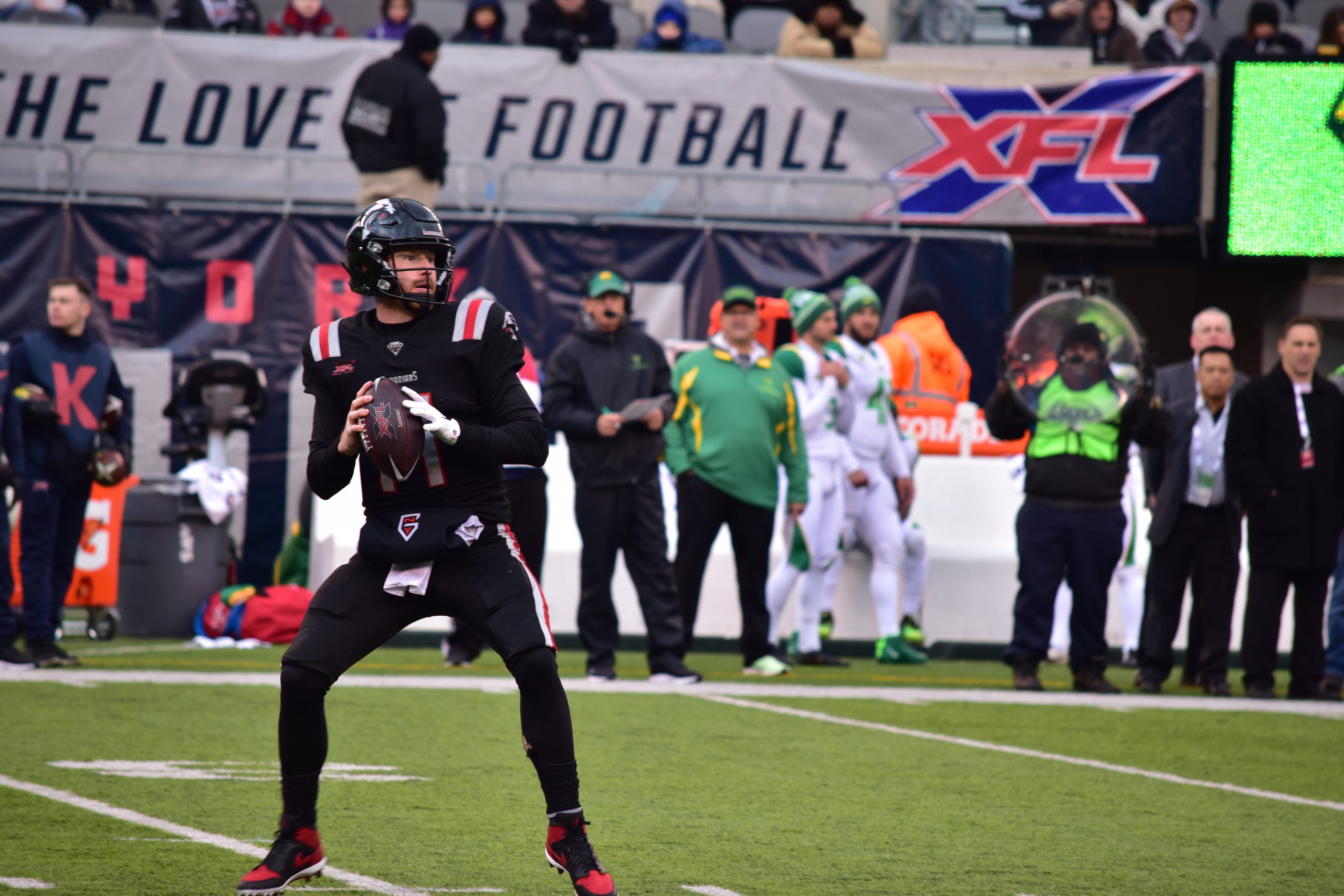 Big plays throughout helped the Guardians open the XFL season with a 23-3 victory over the Tampa Bay Vipers.

On Sunday, the New York Guardians made their franchise debut with the “new” XFL. If you remember the original XFL from 2001, it was an unmitigated disaster. This time around after Saturday’s opening games, many were surprised at the quality of the football in the league. For many in the tri-state area, the Guardians had Sunday to impress and draw fans into the XFL 2.0.

According to the result and atmosphere inside MetLife Stadium, New York did its job.

The first half saw a dominating performance from the Guardians’ defense as they forced two turnovers. Tampa Bay’s first-half featured six possessions that included three punts and a missed field goal in addition to two interceptions. Former Georgia standout quarterback Aaron Murray looked lost throughout the half as he was sacked just once but pressured throughout.

Offensively the Guardians were not flawless themselves but jumped out to a 17-0 lead behind two McGloin touchdowns (one passing, one rushing). While McGloin found success passing early, especially to tight end Jake Powell, the running game was non-existent, gaining just 30 yards in the first half. Powell played his collegiate football at Monmouth University.

“Offensively, there were alot of flashes of how good we could be,” McGloin told the media after the game. “We are really close to taking that next step. It’s always good to win especially at home.”

The Vipers began to move the ball down the field in the second half. Quinton Flowers, listed as a quarterback/running back, was inserted at various points to run RPO plays that changed how the Guardians had to play defense. After driving the ball inside the Guardians’ ten-yard line, Tampa Bay had to settle for a field goal after a 16 play, 77-yard drive that took 7:42 off the clock.

After forcing the Guardians to punt, the Vipers fumbled on their ensuing possession. Murray’s pass to Nick Truesdell was completed, but Truesdell fumbled. Jamar Summers recovered it and returned it for a touchdown to stretch the Guardians’ lead to 23-3. Summers, originally from Orange, NJ, played his college football at UConn.

The Vipers rebounded as Murray converted on fourth down after a 42-yard reception by Dan Williams. After driving into the red zone, Tampa Bay, once again, was unable to convert as the Vipers failed on fourth down as the Guardians took possession.

“When you have over 400 yards of offense and you come up with three points, your play is just not acceptable,” said Vipers head coach Marc Trestman. “We kept our defense on the field too long.”

McGloin finished 15-of-29 with 182 yards and one touchdown. He also rushed for the Guardians’ first touchdown of the season on a QB sneak on the one-yard line. Mekale McKay led New York with 58 yards on three catches, and Powell had four catches for 28 yards.

The inaugural game of the XFL at MetLife Stadium drew 17, 634 fans. That number was in line with the Saturday’s games’ attendance in Washington and Houston. While the number may not seem significant, the crowd was engaged every step of the way and was vocal throughout.

“I thought it (the atmosphere) was great. It’s been good to see, yesterday’s games and today’s,” said Murray after the game. “It seems like there’s a lot of energy in all the stadiums. I think that’s a good sign for this league.”

What’s Next For The Guardians

New York hits the road for the first of two road games when they face Cardale Jones and the DC Destroyers on Saturday. Game time is set for 2 p.m., and the action can be seen on ABC.