Welcome to another  installment of the Monday Morning Mancave. The NFL reaches Week 8 and the World Series begins. This week is  loaded with tons of sports  and pop culture events. Time to highlight this week must watch events. 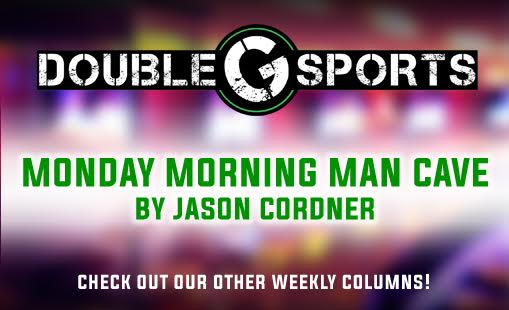 Tuesday – Game 1 of the  World Series : The New York Mets, behind their young stud pitchers and the magician David Murphy, will be in Kansas City on Tuesday night to take on a Kansas City Royals team that looks to avenge last year’s heartbreaking seven-game loss in the Fall Classic to the San Francisco Giants.Matt Harvey will get the ball for the Mets in Game 1. Kansas City Royals haven’t yet named a starting pitcher. Look for  a classic World Series here folks.

Tuesday NBA kickoff on TNT : The NBA season gets underway,Tuesday night. The defending Eastern Conference Champions, Cleveland Cavaliers, head to the United Center to battle the Chicago Bulls. In the nightcap, The defending World Champions , Golden State Warriors  get their championship rings and raise their championship banner ,as they will welcome the New Orleans Pelicans to the oracle arena.

Tuesday Night- CBS- Supergirl : “Supergirl” stars Melissa Benoist (“Glee,” “Whiplash”) as Kara Danvers/Kara Zor-El, who is Superman’s cousin. At age 24 she decides to embrace her superhuman abilities and be the hero she was always meant to be, after leaving Krypton and hiding her powers. I saw the pilot at the New York City Comic Con and it’s a pleasant surprise. Think Devil Wears Prada meets Kick Ass.

Friday Night- Game 3 of the World Series:  The series will shift to Queens starting  Friday night. The New York Mets, will host game 3, 4 and 5 at Citified. Noah Syndergaard will be on the mound for the Mets.

Saturday  Night  College Football-  #9 Notre Dame vs #21 Temple:  ESPN College Gameday will be traveling to Philadelphia, for the  Nortre Dame vs Temple game.Before the season started, no one would have imagined Notre Dame and Temple would be the only ranked matchup of the week.The Owls are ranked for the first time since 1979 and may represent the toughest defensive matchup Notre Dame has seen all season. The Temple Owls fan base will be  energized for this Saturday night game  at  Lincoln financial Field.

Sunday NFL Week 8 Key games :  As Week 7 wraps up, let’s look toward next week’s slate of games as we approach the midway point of the season. We have a  battle of two undefeated teams ,as the GreenBay Packers plays the Denver Broncos on Sunday Night Football. Though this matchup is neither a divisional nor a conference match, it pits two undefeated teams coming off a bye week against one another, meaning one will emerge without a perfect record, and it could be a potential Super Bowl preview. The undefeated, Cincinnati Bengals  travel to Pittsburgh to battle the Steelers.This clash of the top two teams in the AFC North may seem lackluster given how poorly the Pittsburgh Steelers have been playing as of late, but one important factor could change that: Quarterback Ben Roethlisberger could be returning from his knee injury. Another Key game is  the  New York Jets traveling to Oakland to play the Raiders. Both teams are the clear front wildcard leaders in the AFC.