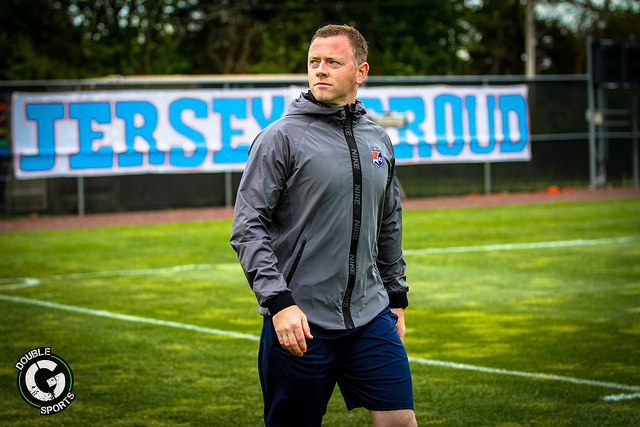 After a tough loss in Washington last week, Sky Blue FC return to the win column on Saturday.  The local team earned its second win of the season, improving to 2-2-1.  The 3-1 victory over the Houston Dash also signaled the second consecutive multiple goal game for the team.  Last week, the offense came out of desperation, and nearly led to a comeback.  This week, Sky Blue FC played with complete confidence on the offensively.

Already, Sky Blue FC has reaped immense benefit from a healthy Sam Kerr in the lineup.  The Australian striker spent time away from the club last season as she rehabbed from injury, then again when she competed in the 2016 Rio Olympic Games.  There is no doubt that the offense for New Jersey runs through Kerr.  On Saturday, she directly contributed to all three goals.

In the 32nd minute, she earned a penalty in the box as she hustled for a loose ball, and ended up finding a boot to the face.  Sarah Killion buried her third goal of the season from the spot to give New Jersey a 1-0 lead.  In the 53rd minute, Nikki Stanton dispossessed the Dash to find Kerr in the midfield.  Noticing she had drawn all three defenders, Kerr laid off a beautiful pass to a streaking Leah Galton, who beat keeper Lydia Williams to make the score 2-0.

Finally, in the 87th minute, it was Kerr’s turn to get a goal of her own.  My early vote for 12th Woman of the Year (Ok, maybe I made that up) McKenzie Meehan danced confidently at the top of the box before passing the ball off to Kerr.  With calm two-touch-shoot, she threads the ball between two defenders and beats Williams far post to give Sky Blue a 3-1 lead.

Key adjustments made by Sky Blue

Last week, I commented that small but critical adjustments needed to be made if Sky Blue hoped to play at full potential for the talented roster.  Defensively, Sky Blue benefited from the return of Christie Pearce.  The overall shape and coordination of the back line was noticeably improved from the last two games.  Additionally, Mandy Freeman had an exceptional game. The glaring play from her performance Saturday was a goal-saving clearance in the 70th minute.

The save is indicative of Freeman’s performance all game.  The Houston Dash franchise-leading scorer Kealia Ohai was neutralized by a speedy Erin Simon at left back.  The skill of Ohai mixed with the Houston heat made for a few opportunities later in the game.  However, just as calm as if she were Ma (Christie Pearce) herself, Freeman swatted away Ohai’s attempts to keep the game in check.

With that said, the back line still needs to work on clearing the ball more effectively.  A few times, the Dash got second chances from clearances that feel directly to the feet of the opposition.  Houston is a team more than capable of putting away second chances.  Sky Blue has a very young back line.  The benefit of that is, they can establish good habits as a unit.  Additionally, the experience of Pearce and even Kelley O’Hara – who is playing higher this season – cannot be overstated.  Freeman, Simon, Erica Skroski, and Kayla Mills are talents on the rise and a lot is expected of them.  Saturday was a step in the right direction.

Next week in Piscataway, the Dash will look to pounce on opportunities at the face of goal and earn road points. Sky Blue did a better job moving the ball forward, as opposed to several short passes, in the midfield.  Additionally, the team sent multiple players on the attack.  The vision and communication of the team was the most crisp its been in the young season.  To improve to 2-0 at home, Christy Holly and his team must continue to refine their game.  “There are a lot of positives for us to take away from this game, and we will apply them into our preparation for next week,” said Holly in the post game press release.   “We know that we must continue improving our overall performance, but scoring three goals in back-to-back games away from home is a direct indication of what this team is capable of achieving.”

Sky Blue FC will host the Dash on Saturday May, 20th at Yurcak Field.  The game will be broadcast on Lifetime at 4:00pm.